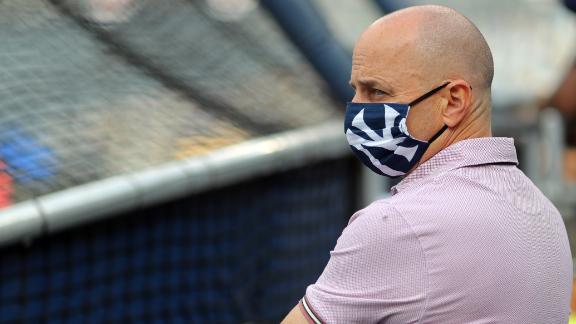 How long do we have to wait to “hit rock bottom” and just sit and accept failure? I was unimpressed with Brian Cashman’s Zoom conference this week and I really hoped that Tuesday’s win was going to be the start of heading in the right direction. Maybe I am just impatient but I am tired of waiting. Last night didn’t give me any hope. Cashman may have faith in his people….but I don’t. I’m not alone. It’s time to make some unpopular decisions.

I’m over Marcus Thames. He’s ineffective and not getting the job done. The Yankees have trusted Thames as their head hitting coach since the 2018 season and the Yankees have had their fair share of offensive struggles for a long time. We like the long ball for sure, but we should be better with consistent situational hitting….but we aren’t. We just can’t hit at all right now and it’s unacceptable. 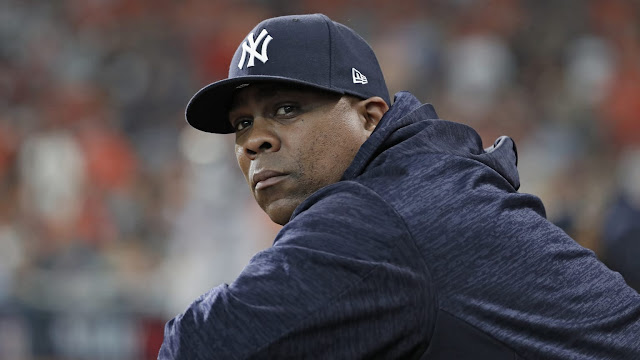 And that was a painful reminder last night. Wednesday’s game was the 11th time in 17 games that the Yankees scored three or fewer runs. It was also the fifth game in a row(!) they’ve had five or less hits. Does it get anymore pathetic than that? Unfortunately it does. The Yankees haven’t scored so few runs in their first 17 games since 1984. The hits just keep on coming…just not on the baseball field where we need them.

Oh, but don’t worry Yankee fans , because Cashman has “a lot of trust in the people we have” and he wants us all to believe it. He’s seen “a lot of magic along the way” and he wants to sell everyone a picturesque scene of butterflies and rainbows, apparently. You can read more about his vision HERE if you want but I call it a bunch of garbage. Where’s the magic this season, Cashman? I only see a sinking ship and you and Hal Steinbrenner are enabling it.

Right now, you can START to save the ship by getting rid of Thames. It’s not working at all. We need new life in this team. You said “we don’t see us reacting to not believing in the staff we have” but you should be! It’s not working. Waiting for a new day and for everyone to have an epiphany is just INSANITY. A 6-10 record has NO MAGIC and only epic failure. When do you say “enough is enough” and actually be a leader? The Yankees had a very short leash with both Jeff Pentland and Alan Cockrell but Thames has had MANY chances. And I don’t want to hear anything about “loyalty” here. This is a business and right now this team is failing. Be a leader and make a change because that is what is best for this team. 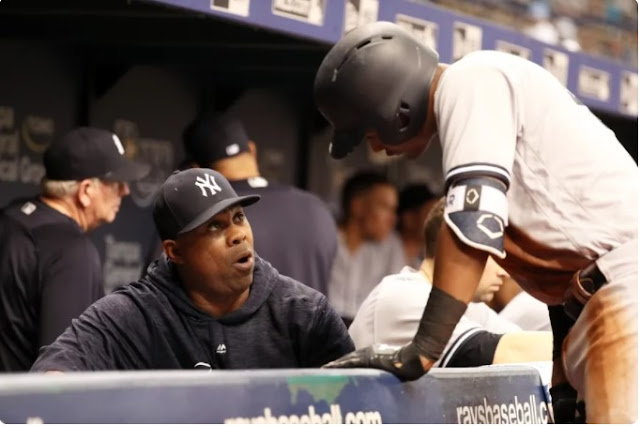 Marcus Thames has to go. I’ve believed this for a while now, but now it is obvious. It can’t be overlooked. We can all see it. Open your eyes, Yankees. It’s time for some new life. It’s time to set the tone and stop being SOFT and CODDLING people. You can start to make a change NOW by letting Thames go.

Letting Thames go is the right answer, there’s no reason to keep him. Cut the cord already! Thank you for your years of service as a player and a coach, Thames….but this isn’t working and it’s time to part ways. He should’ve been fired a while ago. It’s not personal, it’s just business.