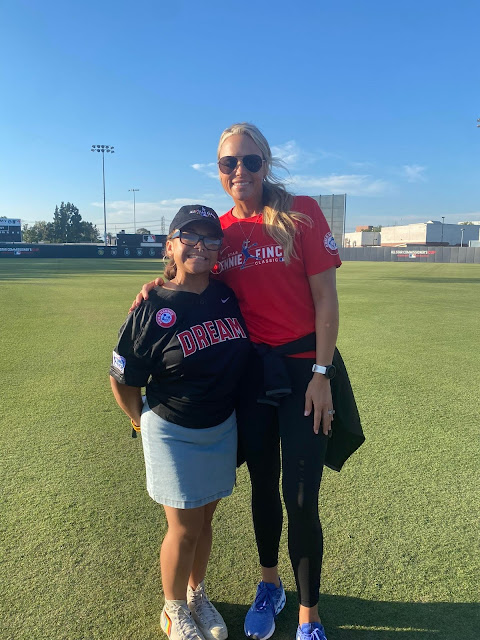 Growing up, watching baseball with my grandfather, MLB All Star weekend was always my favorite part of the game. It showed the players having fun, and seemed to make them more real to me.

Five years ago, when my oldest started playing softball, she knew it was a pastime. 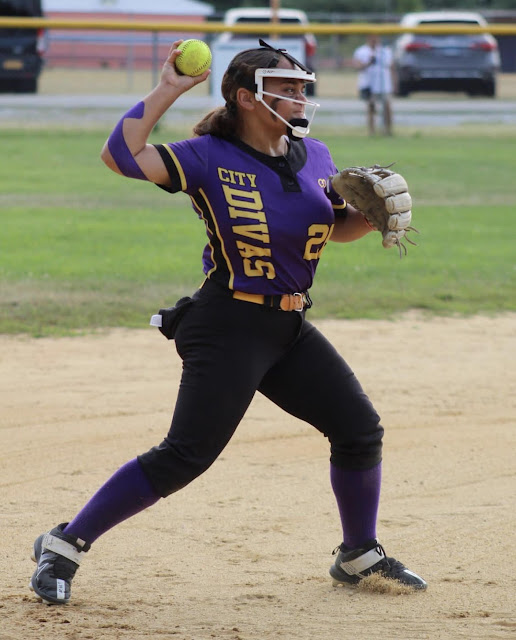 Women in sports are not as widely respected or fairly paid.
But she absolutely fell in love with the game.
She quickly started following Jennie Finch because, not only was she a multiple Olympic Medalist, she also played at the MLB Celebrity Softball game every year and made it very clear that women in this game are serious athletes. 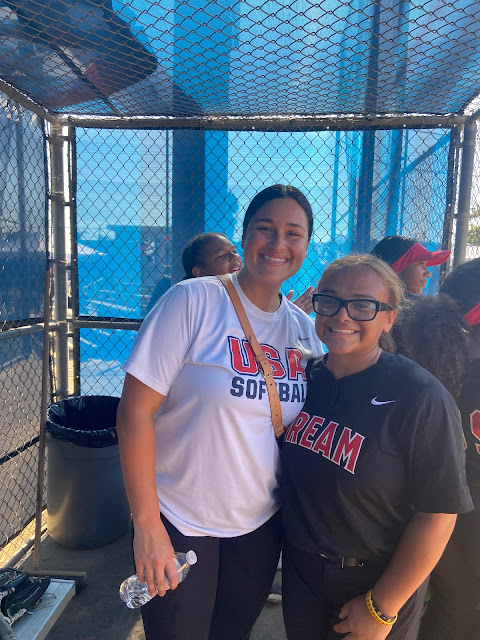 She took to researching Hall of Famers such as Dottie Komenshek, and more recent athletes such as Lauren Chamberlain, and Cat Osterman.
For the past few years, her heart has belonged to the game, and the game has belonged to her.
Now, that’s not to say that it has always been smooth sailing. At a whopping 4 ft 11 in, she’s always had to work twice as hard to get half of the deserved recognition. She learned quickly- if she was serious about the game, she had to take the pastime and make it a passion.
From that point on, she took off!
The past two years she has been playing with the City Divas – A Bronx RBI team that goes back more than 20 years. With the Divas she has been afforded many opportunities on the field. From playing in the Babe Ruth Tournaments to being part of the HBCU Juneteenth Tournaments in Washington, DC. She’s also become an incredible in-field utility player, with a passion for catching, like my Yankees favorite, Jorge Posada- although behind the plate, she is much more like Pudge Rodriguez. She currently plays 3rd base for the 18U/16U teams. 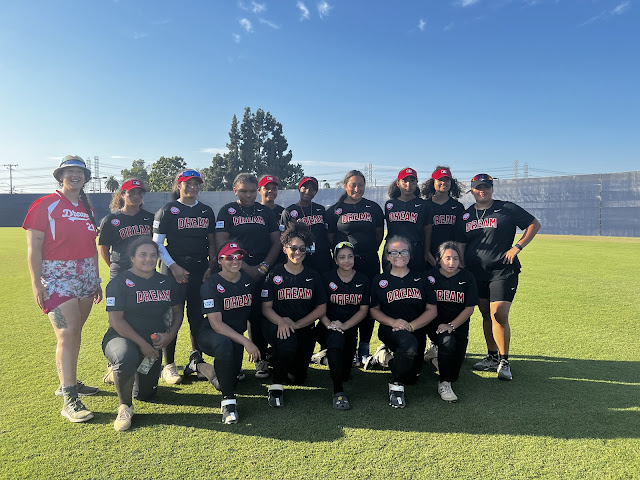 The greatest opportunity came in May when she was invited to try out for team DREAM out of Harlem, NY to be a part of the Jennie Finch Classic at MLB All-Star Weekend.

Samara says that she was nervous when she learned her coach had suggested her for the tryouts. She came home saying she “showed out.” Whether she was going to make the team or not, she absolutely was going to give it her all. DREAM’s softball coach saw something in my girl, and the rest is history! Have to say- her hard work and the dedicated coaching staff of the City Divas helped get her there.
Samara spent the last week in Los Angeles, California taking part of the MLB All-Star Weekend festivities. She played 3rd base at 2 of the 4 games played by her team and went 4 for 7 the whole weekend.
The highlight for her was meeting Lauren Chamberlain and Jennie Finch herself. Both who spent a significant amount of time in the dugout with each team. Of being at the tournament itself, Samara posted on Instagram that she was “literally living a dream.” Her second at bat during game 4, Chamberlain herself walked over to her, and said “you got this, kid!” Giving her a supportive pat on the helmet before heading into the dugout to cheer with the team. Samara hit a bloop past second for a single, and scoring an RBI. “She (Chamberlain) gave me good luck. I played my best game yet at 3rd after that.”

Samara was also present at the celebrity softball game and Home Run Derby. Seated along the first baseline, she said the softball game was the funniest game she has ever witnessed. She got to witness Bryan Cranston getting “Finched” first hand, saying him being ejected was first rate comedy.
For me, the best part of the week was conversing with Jennie Finch herself. We discussed the importance of having softball and the girls at MLB All-Star weekend. Growing up, young ladies were never represented on that stage. Watching the girls from the 12 MLB Youth Academies being represented is a huge deal. 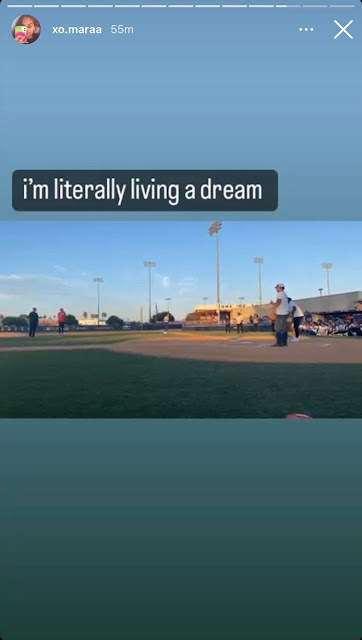 I appreciate how much work Finch and the other Softball legends have put in to ensure that the game and our girls are represented, respected and honored for their hard-work and athleticism. It’s been a long road, but the change is happening.
Take it from Samara… my kid literally lived the dream!