We are in the realm of madness, UFOs and otherwise 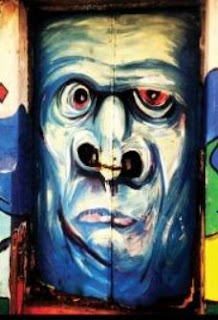 We’re all aware that we are immersed in a milieu where madness prevails, much of it from the U.S. White House but also in a surfeiting madness climate in the UFO community.

I’m (mildly) distressed by comments I’ve been getting – which I haven’t put online here – which absolutely border on psycho- pathology…..too many to list but a few that some of you can contend with.
Today [3/26/20] this blog (and another we have) received a few comments from a person who deemed himself as notable as Napoleon Bonaparte and offered suggestions to better this blog and my thinking.
The problem wasn’t his suggestions about my thinking – that’s de rigueur here – but his adulation of John Keel – a cultish appreciation by many in the UFO community.
Let me be clear (again) about my view of Mr. Keel. I liked his early UFO works and have most of his non-fiction output.
The problem lies in where John ended up at the end of his life, in the grip of delusion and psycho- logical unhealthiness….almost schizophrenic in nature – “almost” the operative word here.
(Billy Meier is a typical example of a person whose output and offerings are mad to the point that they can be discarded.)
John Keel’s later output has masked his earlier work(s) and that UFO buffs can’t see that for what it is – a delusional setback in his thinking and being – disturbs.
Lauding John Keel now, without separating his previous work from his latter work, is symptomatic of the kind of adorations that often accompany pretenders to divinity or humanitarian leadership.
I won’t insist on listing Rome’s mad emperors – Nero, Caligula, et al. – or political leaders who were blatantly off-kilter – Ivan the Terrible, Hitler, Mao, Stalin and our own Trump.
But in the UFO record there are those who should be lauded and remembered fondly and a few who were mad from the get-go or ended up mad after suffusing themselves in the phenomenon; John Keel is one of those.
So readers here who lurk rather than contribute, please hold your fire on my castigations of Mr. Keel’s last outputs. His final works are useless, and steeped in his descent into the darker aspects of the mind.
(I hate sycophantic followers of men and women who are not greater than what they are. Trying to make that clear is like trying to unravel the Gordian Knot.)
N.B. Image atop from the bookcover Spaces of Madness: Insane Asylums in Argentine Narrative by Eunice Rojas
RR

Source: https://ufocon.blogspot.com/2020/03/we-are-in-realm-of-madness-ufos-and.html
BeforeItsNews Announcements
Step 1: Get the Telegram App & Get Stories Direct to Your Phone or Computer Without Censorship! Get the Telegram App in the App Store or at
https://telegram.org/