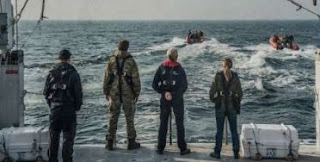 The HBO series The Investigation, running now, about a 2017 Scandinavian murder of a journalist, shows how an investigation requires persistence and a painstaking search for evidence (clues) with which to resolve the murder:

Why do I bring it up here?

It is a template for how a UFO event should be pursued (investi- gated) by researchers (investigators), something not done, generally, by any UFO group or individual (for UFO sightings despite the pretense that UFOs are and have been dealt with seriously all along)

The work is too tiring, often unredeemable, and intelligently demanding.

In the 1966 Ann Arbor/Dexter/Hillsdale swamp gas incidents, with which I have some connection, strange objects were see by a farmer and his son (Frank and Ron Mannor) and several co-eds at Hillsdale College, about 50 miles southwest of Dexter/Ann Arbor. 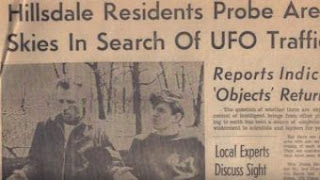 Both events involved “things” seen in swampy areas. In the Dexter sighting, an apparent craft, flew from a spot at the edge of watery area, across that water and over the heads of law enforcement officers and a large group of attendant observers. 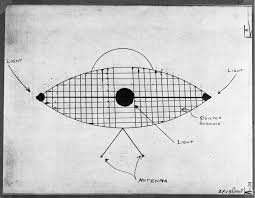 The Hillsdale thing was observed by those college students from their dormitory rooms, the assumed object ending up near an arboretum’s swampy area.

Like the Ann Arbor/Dexter events, the Hillsdale area allegedly had strange lights flying  all over the place, but the key events were those “landed objects” near or in water areas, the Ann Arbor-Dexter UFO referred to as possibly swamp gas by Allen Hynek, bringing ridicule and Hynek moving from being a shill for the U.S. Air Force to a full-time UFO advocate.

While a scrutiny of the Hillsdale sighting got some attention from William “Bud” VanHorn, Hillsdale County civil defense director and the Ann Arbor/Dexter hysteria got that tepid, scandalous insight from J. Allen Hynek and the Washtenaw County and Detroit newspapers, plus eventual Congressional attention by way of Gerald Ford, a U.S. Representative for Michigan, there was no real investigation of the incidents at the time.

Later on UFO investigators took a run at the sightings, but did no actual investigation of the incidents; no test of the watered spots where the “UFOs” were spotted, no serious interviews with either Frank or Ron Mannor, Frank slinking into a reclusive posture, offended by the “swamp gas” interpretation and the accusations that subliminally made fun of his status as a farmer, supposedly someone unable to discern anything other than how to feed hogs or thrash wheat. Again, the press and the area’s populations were hysterical during the few days in March 1966 that brought forth the “swamp gas” epithet but the sightings didn’t bring anything like an investigation, profiled in the HBOseries.

The same could be said of the 1964 Socorro incident and dozens of other iconic UFO events or sightings.

Ufologists and UFOers generally are a slovenly lot, despite offering the appearance or charade of research and/or investigation when it comes to the phenomenon.

Try to stream the HBO series – it’s subtitled and moves lugubriously but it will prove edifying, enlightening even.