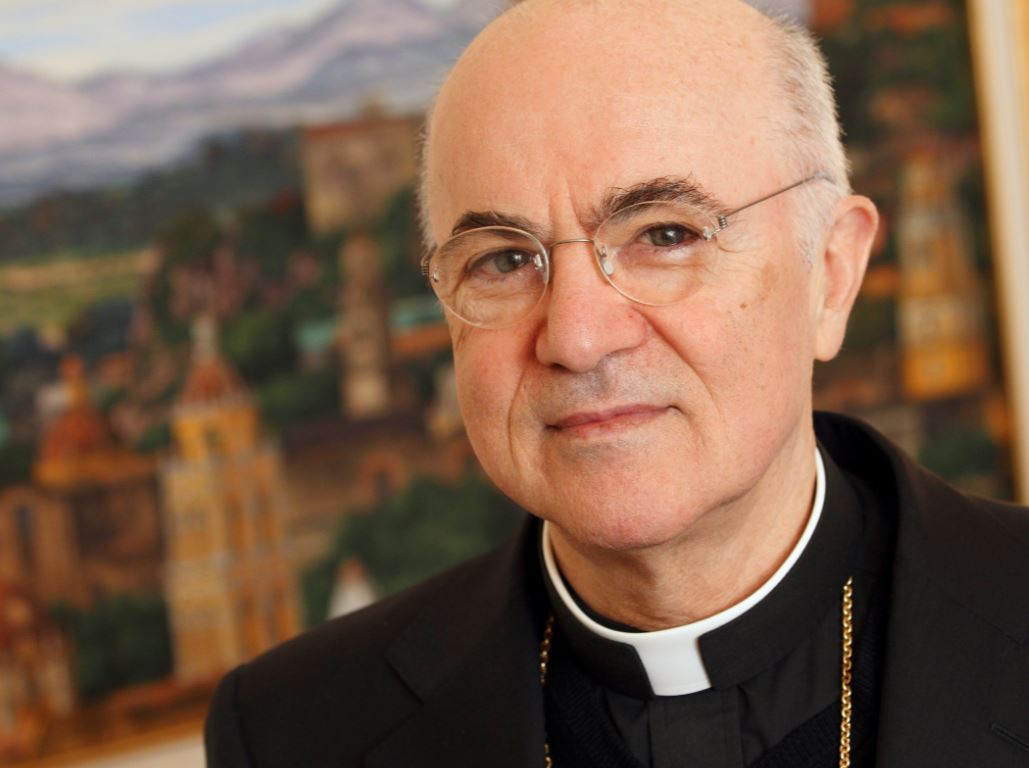 (left, the unofficial Pope, Archbishop Carlos Maria Vigano. Frances is an imposter.)
There can be no compromise with Satanism
“In the course of history, totalitarian regimes have been overthrown by force.
It is difficult to think that the health dictatorship… can be fought differently, since all the powers of the State, all of the means of information, all the international public and private institutions, all of the economic and financial potentates are complicit in this crime.“