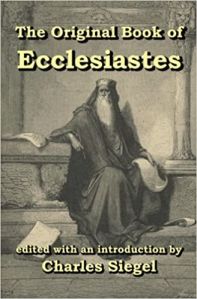 In my dotage I can’t remember where I heard, the other day, someone ask, “Are we just born to die?”

In the videos and photographs showing the vastness of the Universe or even just our local area of the Milky Way galaxy, our pitiful individual existence is obvious, isn’t it?

In reading a few articles in the New Yorker about writers, artists, and celebrities, I was sort of surprised at how many people have passed on or are sunk in almost anonymity.

The references to long-gone, famous or near-famous members of the cultural elite was depressing and mind-opening. What’s the point?

We, who play at the game of ufology, can recite the names of past UFO enthusiasts or game players who are little remembered or non-important in the current cycle of UFO hunting.

And who, currently, in the UFO field, is important; I mean truly important?

Acknowledging our puny, back-water place in the cosmos, one has to accept the “fact” that Earth, as spectacular as it is to us living here, is nothing in the great scheme of things, known as reality.

And as we zero in on individual lives, they, too, are nothing, in the great scheme of things.

What impact has any one human person (or group of persons) had on the existence of the Universe? Or an aspect of reality – the total, real reality? Tell me.

Among UFO “notables” who has impacted the phenomenon in any real sense? Name one.

No one, anywhere, by any name, in any field of endeavor – Philosophy, Psychology, Economics, Literature, Music, Warfare, Physics, Sport. Medicine, anything – has made a mark that means anything off-Earth or even on-Earth.

We are born to die, and be forgotten, eventually, if not immediately.

Everything is meaningless as Ecclesiastestells us.

I know that most of you hate my despairing asides here but I’m chagrinned at how much effort is being expended to no ultimate avail: Isaac Koi’s unrelenting effort to get all past magazines, zines, newsletters, newspaper clipping, et cetera online.

Isaac Koi isn’t even his real name, a nom de plume to not interfere with his personal professional work or status. The guy is a saint but to what ultimate purpose? Once UFOs are explained, his hard work will be forgotten in a nanosecond.

This blog and all the UFO crap extant will fade away like the leaf residue after a burning.

Things much worthier to humanity have already passed into perdition, just as famous humans have.

So should we give up, in despair, from participating in the ongoing UFO nonsense or even our pathetic existential [in the current rendering] state?

No. What else can we do or have to do…..we much push onward, to the day of reckoning which is coming to all of us, some sooner than later.

After all, there must be a purpose to our profound plight, is there not?