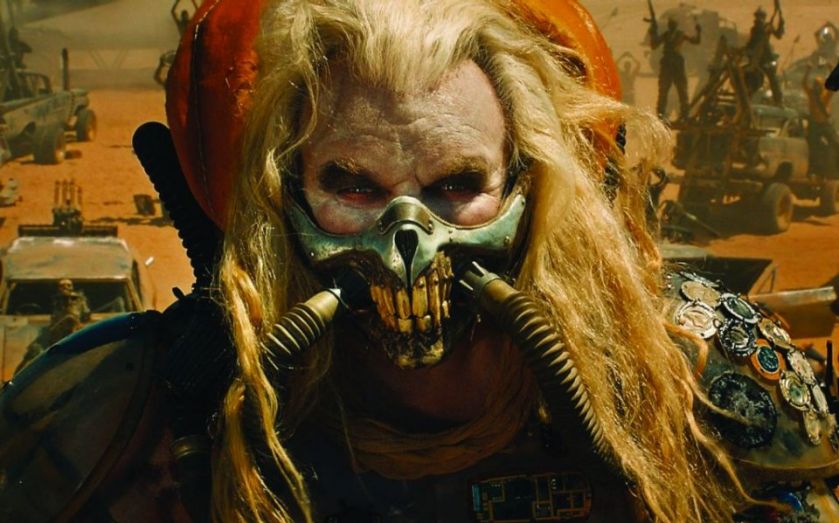 (The “Plan” is for the betrayed vaccinated to revolt and create a state of anarchy, such as seen in the Mad Max movies, left. The global government will save the day.)
Latest! “We’ll Never Give Up” – Protests Erupt Across World Over Gov’t COVID Tyranny
A billionaire in NZ supposedly leaked this info to a service provider he befriended.
“The tables turn on the vaccine narrative. I was told in time the vaccine will increase infection and increase death. That billions will die, and the people will be enraged and burn their governments to the ground. Their leaders, scientists and media will be torched, hunted and hung in the streets. BOTH sides will burn their governments to the ground. The pro-vax side, completely betrayed and dying will rage.. the non-vax side will rage for what their gov allowed to happen.”
The people promoting the vax will take the fall. That’s why they are so disposable. Biden is almost dead. Fidelito is a twit.
The damage timeline for the mRNA vaccines is 2-3 years. The mRNA uptake “has exceeded their wildest expectations.”
In the wake of anarchy, a new global government will emerge as “the great saviour.”
Is this why some prominent anti vaxers belong to a Masonic organization?  They believe in telling us in advance what they’re going to do. Are these some of the people the billionaire says they “recruited?” Is this why Twitter now allows anti-vaccine info to circulate?
Disclaimer- Obviously I don’t know if this worst case scenario will play out. I certainly hope it doesn’t. But we should be mindful of it. I am re-posting this and other key articles often because these days people have short attention spans and even shorter memories.
Related–Once you watch this, you won’t look at DC the same ( Hard to believe Fox lets Tucker make this)

The “Plan” — As Billions Die, the Vaccine Narrative Will Flip (Encore)

Source- Reddit Conspiracy
I will not tell you who, or why. Let’s just say I spent days with this person and they have a bolthole in NZ. It’s the first time I’ve ever ‘hung out’ with a known, high net worth individual (billions). It was a chance encounter after doing some work for them in Queenstown. Dinner, drinks were had, and discussions took place. I was invited to hang at their place for the weekend. I am posting this now after processing it.

They were loose lipped and open with me but did say if mention these things, that ‘we never met’. But laughed and said no one would believe it anyway, so ‘have fun’, just keep their identity out of it.

They said we have nothing to worry about here, so in-spite of what they told me, he told me to consider myself one of the luckiest humans alive to be in NZ right now.

They asked if I took the vax, and were relieved when I said no. They said kiwis would get the antidote anyway but some will not make it to that point. After all, someone had to run things here ‘for them’.

Initially asked what they thought the ‘end game’ was for all this covid stuff, They asked me what I thought it was, with great interest, but I wasn’t close.

They basically said this..

-a plan was devised many years ago, and for many years that is all it was, a plan. They had to wait many years for the technologies available to make the plan viable. And to recruit the appropriate individuals.

-This new global government is already in place operating for years in complete secrecy, waiting on the sidelines, moving the chess pieces.

-The new government required some of the top minds on the planet, almost all of them came on board of their own free will and with a full belief in the cause of a new world government. In their view they are brute force saving humanity at all costs. I was told those who refused were dealt to, but in most cases, they would bring the person to the wider group and through discussions, they were convinced and became committed to the cause. Most times, these ‘minds’ were applying for fake jobs and going through psych evals etc as a first step.

-This plan is ongoing and the most complex global chain of events ever put into motion.

THE PLAN is essentially to turn every citizen of every country, violently against their own government. How they are doing this is pure genius and pure evil.

To achieve this plan, my chance encounter asked how would I do it? How would you turn every citizen of every country against their own government? I really have no idea. So they laid out the basics for me.

-There must be a global engineered ‘sickness’

-There must be mass fear, panic and paranoia

-Leaders, Scientists and Media must converge on consensus of a treatment

-Initially, there can only be few ‘sanctioned’ treatments, all other treatments must be deemed ‘dangerous, unsafe and banned’

-Leaders, Scientists and Media are manipulated, to believe this treatment’ is the only option, the only way to keep you and your family safe.

-Leaders, Scientists and Media in a sense, give you their word that this treatment is safe and effective

-Children were also targeted to inflict maximum pain and anger when it goes bad.

I found this part interesting. Our leaders, scientists and media are NOT complicit in this plan or actually part of this plan in any way. NONE of them, not even Fauci. They are mere fodder to these elites, serving a purpose then will be “discarded” or “‘fed to the angry” ! They have been played.

-Sanctioned ‘treatments’ are biologics/poison that takes 2-3 years to be fully realized.

-mRNA was the advanced technology they were waiting for.

-Public messaging ensures people beg for the ‘treatment’ and line up for it.

We could say, the plan is well underway at this point and so far hugely successful. The mRNA uptake has been huge and the people all believe the ‘treatment’ is the only way back to normality.

I was told it has exceeded their wildest expectations!

This is where the final plan executes.

The tables turn on the vaccine narrative. I was told in time the vaccine will increase infection and increase death. That billions will die, and the people will be enraged and burn their governments to the ground. Their leaders, scientists and media will be torched, hunted and hung in the streets. BOTH sides will burn their governments to the ground. The pro-vax side, completely betrayed and dying will rage.. the non-vax side will rage for what their gov allowed to happen.

I was also told when this happens think “Mad Max” for a while, but think of NZ “Elysium”. There are a few designated zones like AZ, but due to geography and infrastructure NZ is known as Zone 1. Once the masses are free of government and all those who ‘betrayed’ them, and they have suffered enough. This is when the new global government will emerge as the great saviour. It will be an ‘”easy sell” I am told.

This was my brain dump. I probably left out quite a bit. They waxed on about this but somewhat ignored direct questions.

They said they liked me and want me around when the dust settles, that I was hugely useful to them.

I dunno, part of me just thinks they were f’ing with me. I do feel better about being where I am right now.

First Comment from Tony B
The above cleverly released plan for our future on earth is likely close to what Satan and his followers have in mind.

However, there is absolutely no need for it to be the plotted outcome at all.  Part of the release of that plan is to PREVENT right thinking of those of us opposed.  After all, the total destruction of the world’s cultures and economies is also a wonderful opportunity for those desiring PROPER ORDER ON EARTH to accomplish exactly that, against the nefarious plot of the tiny minority which hopes to retain control of us all by planting such “nothing we can do to stop it” thoughts into our heads.

IF, a huge IF, enough people wake up to the simple fact that most all of us living today have succumbed to the 20th century (and continuing) wiles of the devil, we have a great chance to reestablish true and wonderful life as God created it; replacement of today’s man created (with Satan) hell in drag.

Those of true knowledge have rightly called the 20th century “Satan’s century,” as he has been given that whole, massively materialistic century to mislead us all (see the 1884 vision of Pope Leo XIII) into the bodily ease and short-sighted enjoyment of every sort of worldly disorder, many of us still pretending to be Christians while living totally pagan lives.

Satan has a long habit of discounting the power of God, his and our creator, who could turn all events on earth 180 degrees in a mili-second if He so chose.  We have no idea of what reparation or chastisement God may desire from us in rebuilding the earth’s systems properly but we do know that His desire for humanity is that all souls possible be saved from an eternity of the agony of hell, the opposite of which is ALWAYS the final end of every plan of the devil.

We have every chance of success at creating a worthwhile life for all, both worldly and supernaturally, as we outnumber by at least multi-millions those doing today’s contrived destruction of normal life.  Just the establishment of honest money (rejecting the Bill Gates’ digital total control of each human) in each nation would be instead the end of all their worldly power and that would simply be a start.

However, a true return to God and His rule is the first and the absolute necessity for any lasting success.