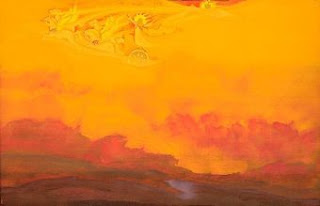 I thought I had a book entitled SuperReality. I don’t. I have Quantum Reality and other books with “reality” in the title, but no Super – and the title Super Reality or SuperReality doesn’t show up at Amazon, except in a variety of MP3 music offerings.

The reason for my search comes from the re-insertion of Jacque Vallee’s suggestion, now picked up Diana Walsh Pasulka, that a sneaky reality is the source of UFOs.

Our pals here, Dominick and Daniel think UFOs appear via ET visitations, and I suppose others visiting here think so also.

But the real reality is this: Earth is a unique reality unlike anything else in the vast Universe, perhaps.

What happened here, and happens here, doesn’t happen and has- n’t happened anywhere else in the vast Cosmos that we seem to perceive.

When a former chum of mine invokes (errant) philosophical bro- mides to try and explain UFOs, he is far afield in a non-sensible realm that only applies to ramshackle cogitation applicable to Earth’s humans and their evolutionary vicissitudes.

Another guy I know, applies a religio-psychological patina to UFOs, which is interesting but has nothing to do with the UFO reality (or even my lopsided view about UFOs being vehicles of the ancient gods, reasserting dominance over humanity anew and still).

The idea that UFOs are current high-tech vehicles of the U.S. or another major military player flies apart in the vast panoply of sightings registered for millennia, or seems to be.

That article posted here the other day – about the uniqueness of Earth and all of its activities, evolution, and history – can’t be applied to possible life or civilizations extant somewhere else in our Galaxy or the known Universe itself.

That desperation on the part of some fellows here for answers from others – the government or self-appointed UFO insiders – is con- cerning. No one knows or isn’t telling what is known, for sure (if there is something “for sure”), about the phenomenon.

Such desire by pals here distresses: it reminds me of people hoping for answers from a fortune teller or cult leader, as explicated by Diane Sawyer in ABC’s show Friday night [3/11] about Heaven’s Gate and the people who fell for that scurvy, insane ploy, and ended up dead in a mass suicide.

I’ve shorn myself of people who promote known charlatans, like Whitley Strieber and I’m pointing fingers at my gang who are playing footsie with Richard Doty, even after Kevin Randle (and others) point out the man is a flotsam of disinformation and scalawag behavior.

It’s time to be rational, more than ever, with insanities all over the place – Putin’s Russia, Trumpster anti-pandemic persistence and other incongruities, and a UFO epidemic of mad assertions, even from those who should know better.

Image atop from d-infinity.net
RR