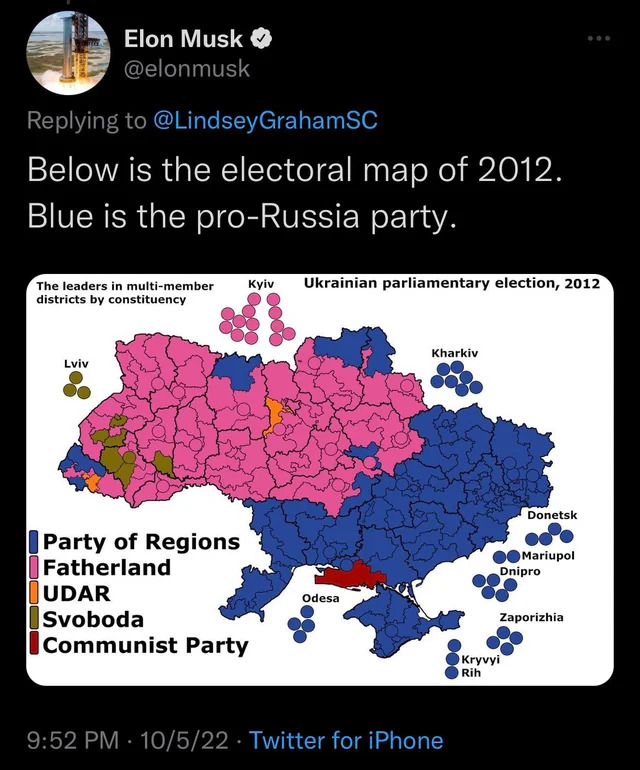 (Left, Elon Musk points out that the section of Ukraine annexed by Russia is Pro-Russian)
We’re sleepwalking on a tightrope over an abyss. The wick of World War Three has been lit. Russia annexed pro-Russian parts of Ukraine. Ukraine took parts back.
Ukraine has effectively invaded Russia. Russia has pledged to use all means at its disposal, including nuclear weapons, to defend the homeland.
The West continues to ignore Russia’s warnings, which can only mean one thing. The Cabalist bankers want world war.
Russia warns US of ‘direct military clash’ if more arms sent to Ukraine
Russia says the United States’ decision to ship more weapons to Ukraine poses an “immediate threat” to Moscow’s interests and hikes the risk of a direct military confrontation between Russia and the West.

“The supply of military products by the US and its allies not only entails protracted bloodshed and new casualties, but also increases the danger of a direct military clash between Russia and Western countries,” Russia’s Ambassador to the US Anatoly Antonov said on the Telegram messaging app on Wednesday.

Will Biden Know When to Stop?

The West chose to leap upon Russia’s very limited Ukraine operation – the SMO (Special Militarily Operation) – to brand it: “an invasion of Ukraine”, which it was not (any more than Russian support in Syria constituted an invasion).

For, like its Syrian prototype, the SMO was crafted as the minimum of Russian military support that might provoke and catalyse a negotiated settlement along Minsk II lines. The perfect fit of the SMO to Russia’s Syria ‘footprint’ makes it clear — it was aimed to elicit a political settlement; one which so nearly occurred in Istanbul in March — until nixed by Britain and the US.

Across its eastern border is Russia and to its west-Europe. For centuries, it has been at the center of a tug-of-war between powers seeking to control its rich lands and access to the Black Sea. 2014′s Maidan Massacre triggered a bloody uprising that ousted president Viktor Yanukovych and painted Russia as the perpetrator by Western media. But was it? “Ukraine on Fire” by Igor Lopatonok..

—–
Todd Callender – Stopping the WHO, Camps & Medical Tyranny with Targeted Strategies  By Alexandra Bruce
98% of Americans have rejected the new “bivalent” vaxxine – let alone the vaxxine for their infants – but still, plans remain in place in the US Government to force-vaccinate everyone. At gunpoint, if necessary, as attorney, Todd Callender, who has been defending US servicemen from being forced to take the death shot explains to Maria Zee.
Todd says, “When you sue the DoD and you have a couple hundred thousand clients – because that’s what happened – we get a lot of whistleblowers from all parts of the Government and what we’ve come to find is that this plan was really developed for at least 40 years – if not longer – and had all these interlocking parts that fit so perfectly, that if any one of them failed, the whole thing could fail. 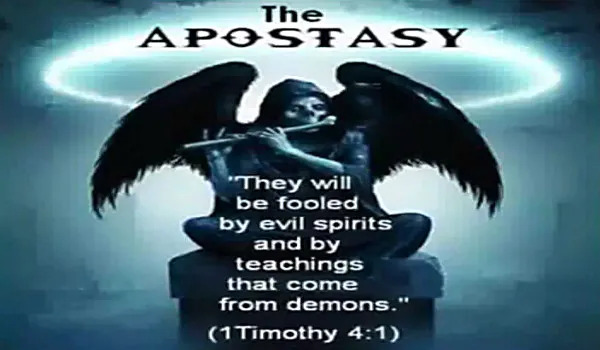 Luciferian music in the culture is widespread. If you are a permissive parent, you may not realize just how sinister a lot of this music really is. It shouldn’t matter if you are Christian or secular.

Family of Halyna Hutchins, killed on the set of ‘Rust’ last year, says production of the film will resume in January.

The real threat to democracy is the Left 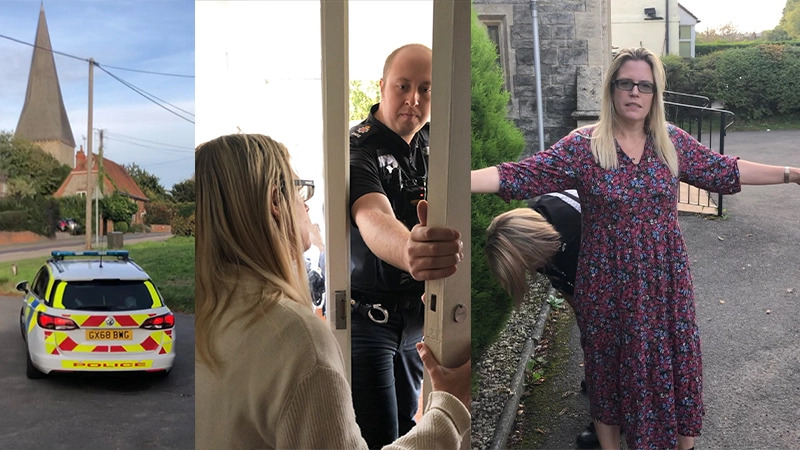 –
New Footage of the Pentagon the morning of 9/11

Viewer- “Wow, clearly zero evidence of a plane hitting and plenty of evidence that it was a bomb. This is a must see for everyone!”

Bright Light News Reports: Drs. Charles Hoffe & Stephen Malthouse, Canadian doctors vilified for daring to uphold their oath and share the truth about Covid-19 “vaccines,” join co-founder Cris Vleck, vaxjustice.org, to give a voice and support to those who did what they were asked: get “vaccinated” to protect themselves and others to stop the “pandemic.”

Instead, they suffered injuries and were then ignored and ridiculed for making such claims. The U.S. OPENVAERS system reporting over 1.4 million adverse events and 31,000 deaths is small testament to the incontrovertible fact that something seriously dangerous and unjust is afoot.

Join Drs. Hoffe and Malthouse and Vleck, as they discuss the 10-day touring campaign to bring Justice for the Vaccinated and visit vaxjustice.org if you or somebody you know has been injured to make a report and/or to receive support or to make a donation.

Life in Alberta for some may get a little trippy and easier to deal with in the future as the province is now allowing magic mushrooms and acid for therapy. 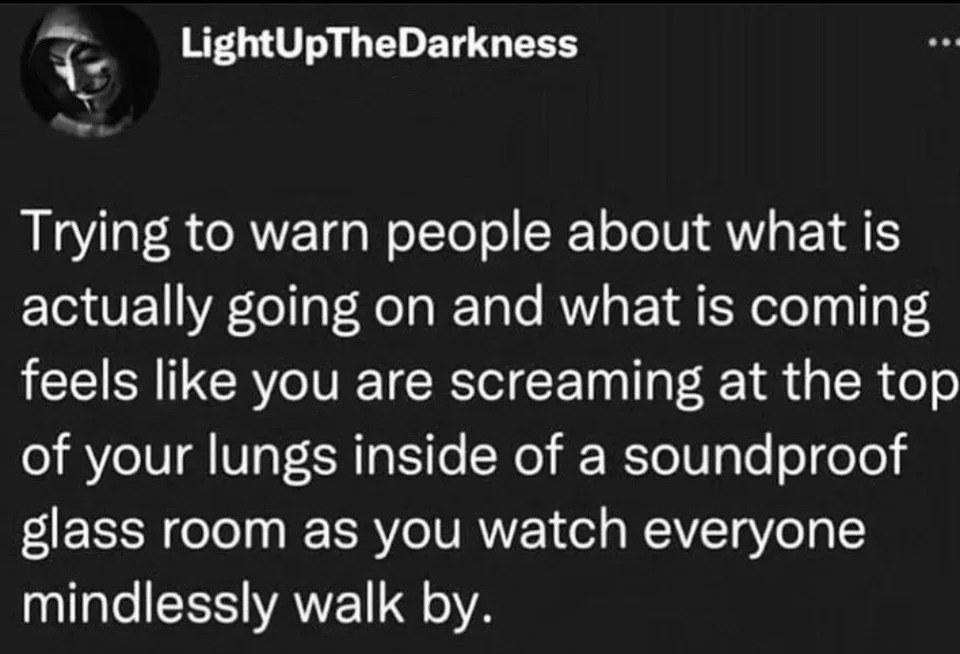 Who else can relate?
https://www.reddit.com/r/conspiracy/comments/xwqcjx/who_else_can_relate/
“We waz Conned!”
After nearly three years, as everyone quietly puts their insanity away and goes back to normal, it’s difficult to admit we were conned. But we were.