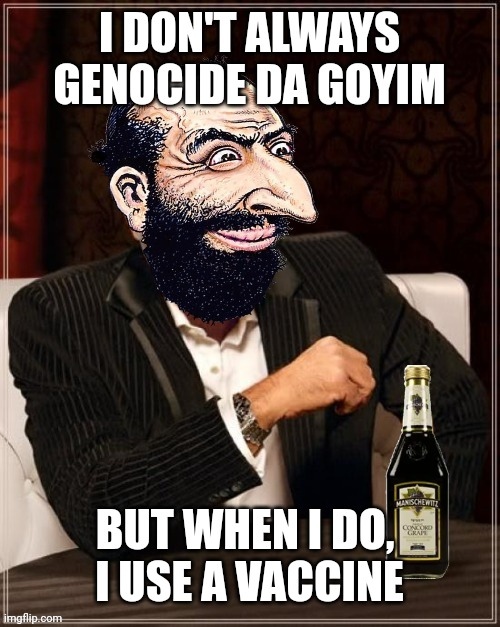 In lieu of a photo of JS, I post this timely meme.

Background on the Internet’s most provocative and secretive truth teller

Makow–I like Jim Stone. I got banned by Rense in 2012 for posting Jim’s article about Fukushima.

I like that Stone infiltrated the Jewish community and exposed their subversive agenda.
I don’t want to add to his woes. His wife recently had a thyroid gland removed, went nuts and kicked him out. Then he had a serious bike accident for which I sent him $50. He is realistic about how the world runs, and often finds good info which I post links to.
I can’t vouch for this thorough account but it seems credible and Stone has not denied it. I agree with the author that Stone is more reliable than 95% of media, alternative or not.

In the world of independent journalism, there are princes and there are paupers.  If Alex Jones of InfoWars acclaim is Apollo Creed, the man with loads of money and a mass of affluence to throw about, then surely, the Rocky Balboa, the everyman doing his damnedest to stand up against the status quo, must be no other than freelance investigative journalist Jim Stone.

Any truther worth their salt has read Stone’s report on the March 2011 Fukushima disaster. It is the backbone of his journalistic catalog. His magnum opus, it weaves the evils of political Zionism with the theatrics of undersea nuclear explosions, all under the blanket of a government cover-up.

But who is the man behind the media? Stone guards his privacy with a virtual chastity belt of anonymity. While he slips in the rare quip about his personal life now and again, his readers know relatively little about the man whom they idolize, the man to whom they donate their hard-earned money in order to preserve that his brand of no-nonsense truth.

While the name “Jim Stone” may be catchy, the man steering this particular ship of freelance journalism is better known to his friends and family as JAMES MILFORD HEIKKILA.

Born on March 13th, 1966 in Hartford, Wisconsin, Heikkila was abandoned by his parents as a toddler. He spent his childhood in foster care, where he was tortured and abused by foster parents and siblings. He eventually aged out of the foster care system. As a teen, he attended Prescott High School in Prescott, Wisconsin. There, he developed a love for music, playing the contrabass in the ‘Rivermen Drum and Bugle Corps.’ He graduated in 1983 and would go on to release his own musical album, “The Menstrel.”

Heikkila has been married five times. He met his first wife in Wisconsin. She would file for divorce and they legally separated in 1993. He would later marry another woman, but that relationship also ended badly. Heikkila divorced his second wife, citing her drug issues and infidelity. He met his third wife in Utah. He adopted her son from a previous relationship and they eventually had a daughter together, but James filed for divorce in August of 2001.

In 2009, his fourth wife helped him pen his initial truther report, entitled “Tainted Nightmare.” It outlined the dangers of the Swine Flu vaccines and the plans that were in place to unleash those tainted vaccines onto selected members of the populace. He had a bad falling out with wife number four.

Upon hearing that she was leaving him, Heikkila emptied a can of pepper spray in her face. He would go on to be charged by the State of Maryland with second-degree assault and, later, domestic violence. He told his readers that the assault charge was due to a can of pepper spray accidentally discharging in his luggage and inadvertently striking a law enforcement officer, resulting in trumped-up charges. This was a lie. He now resides in Leon, Guanajuato, Mexico with his fifth wife.

JACK OF ALL TRADES

Before he became a freelance investigative journalist, Heikkila tried his hand at many things. He was a mill worker at Geneva Steel in Vineyard, Utah until it shut down in 2001. He later started his own company, selling, renting and stocking vending machines. He continued to play music, becoming a locally renown pianist in Massachusetts, before leaving the world of music in 2003.

Heikkila eventually added a forum, where he would discuss his conspiracy theories and political views. That forum would eventually evolve into his current site, JimStone.is. He would later integrate another truther forum into his site, the ‘Reactor Breach Forum.’ It was heavily controlled and moderated. Anyone spouting anti-Jim Stone rhetoric was quickly gaslighted and banned. The forum eventually fizzled out after it became evident that the goal was not to share ideas, but rather to blow boost Heikkila’s ego and to promote the personal website of the head forum moderator, a power-hungry Canadian Scientologist.

In September of 2011, Heikkila claimed to have been arrested and illegally held for 6 days. There is no legal record of this ever occurring. He claims that law enforcement officers destroyed all of the inventory and equipment for his vending machine company. He wanted to leave the country, but claims that the U.S. government denied him a passport because he was an NSA whistle-blower. He was actually legally forbidden from getting a U.S. passport because his court-ordered child support payments were in arrears.

Heikkila’s backstory would not be complete with addressing the 8000-pound elephant in the room: his claim to have been an ‘MOS33Q10: Electronic Warfare Intercept Strategic Signal Processing / Storage Systems Specialist’ with an above-top-secret clearance at the NSA [United States National Security Agency]. Heikkila has offered up ZERO proof over the years to substantiate this claim. Furthermore, such a rank and designation does not even exist within the NSA. Whether he worked for the NSA or the flea circus, Heikkila has, for the most part, proven to be pretty reliable with the information that he puts out. But why the dishonesty?

Let’s move on to Heikkila’s beliefs. He constantly espouses his hatred for the Zionists [namely the Ashkenazi Jews], but does he subscribe to any particular religion himself? He says that he was raised as a Christian. He claims to have converted to Islam during his fourth marriage, taking on the name “Annas Heikkila” during that time. From 2005 to 2008, he attended Jewish services in Montreal and Vancouver, Canada. He was in the process of converting to Judaism until the Jews SPILLED THE BEANS ON THE JEWISH CONSPIRACY and realized they would have to kill him. They poisoned him but he was [magically] able to cure himself with pickling salt, vinegar and ammonia window cleaner. 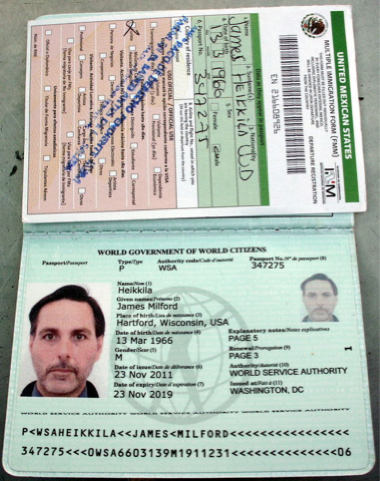 Since absconding to Mexico with his fifth wife, Heikkila claims to be on the run from Israeli-sponsored assassins. He went so far as to claim that 30 “storm troopers,” replete with helmets, shields and riot gear, were once camped out at his domicile, waiting to murder him. Luckily, he spotted them from afar with his god-given night vision abilities and subverted the attack.

Returning to Heikkila’s Fukushima report: While it is the cornerstone of his website, it, like the rest of his history, is not without controversy. Heikkila has been accused by Ken Adachi of Educate-Yourself.org of plagiarizing parts of his report on Fukushima, which was published a full ten weeks before his. It seems that Heikkila elaborated on their report, added high-resolution photographs of the Fukushima disaster from Cryptome.org  and repackaged it as his own. To his credit, Heikkila’s report is leaps and bounds above that of Educate-Yourself.org.

Heikkila has constantly been able to dun his readers for hundreds of dollars every month [sometimes thousands]. He has used the money to purchase land, multiple vehicles and to build a house in Mexico. He is unable to return to the U.S., as he is wanted by the courts on past-due child support, contempt of court and domestic violence charges.

I trust his news updates more than I trust 95% of the rest of the alternative media. He is smart and in the know, but he lies about his personal life. If you can overlook his transgressions, he’s an ace. I trust him as a truther and a reporter [for the most part], but he doesn’t hold himself to the same code of conduct that I do.

Video - Stone demonstrates how to make the water drop sound