Doctors determined the cause of death was a hemorrhagic stroke. Charlie Daniels, a member of the Country Music Hall of Fame who sang “The Devil Went Down to Georgia,” recorded with Bob Dylan and was a vocal supporter of U.S. veterans and a bold advocate for conservative American values and gun ownership. He was 83.

Daniels’ death was confirmed by his publicist, Don Murry Grubbs. He is survived by his wife, Hazel, and son, Charlie Daniels Jr.

NPR reports that: “Up until July 3, Daniels was posting thoughts on a section of his website entitled “Soap Box.”

“Late last month, he railed against the protesters amassing in the streets against police brutality, writing: “It will dawn on you that this is not a simple protest against the unjust killing of a black man, but a revolutionary street battle against America and everything we stand for and it IS funded and lead by socialist factions, and it’s not just in the US but in many democratic nations around the world … Gun sales are through the roof and America is locked and loaded to protect their families and their neighborhoods.”

Funeral arrangements will be announced in the coming days. 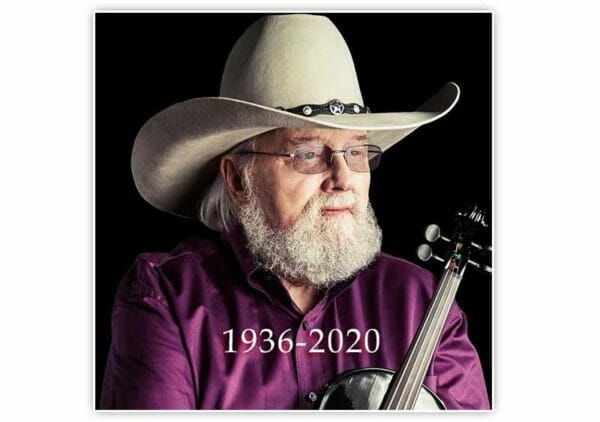 From his Dove Award-winning gospel albums to his genre-defining Southern rock anthems and his CMA Award-winning country hits, few artists have left a more indelible mark on America’s musical landscape than Charlie Daniels. An outspoken patriot, beloved mentor, and a true road warrior, Daniels parlayed his passion for music into a multi-platinum career and a platform to support the military, underprivileged children, and others in need. The Charlie Daniels Band has long populated radio with memorable hits and his signature song, “The Devil Went Down to Georgia.” Over the course of his career, Daniels received numerous accolades, including his induction into the Country Music Hall of Fame, the Musicians Hall of Fame, and becoming a member of the Grand Ole Opry. Daniels helped to shine the spotlight on the many causes that are close to his heart. He was a staunch supporter of the military and gave his time and talent to numerous charitable organizations, including The Journey Home Project, that he founded in 2014 with his manager, David Corlew, to help veterans of the United States Armed Forces.

Source: https://www.ammoland.com/2020/07/american-patriot-singer-charlie-daniels-dies-at-83-video/
Before It’s News® is a community of individuals who report on what’s going on around them, from all around the world.