WASHINGTON – -(AmmoLand.com)- The U.S. Department of Homeland Security (DHS) continues to prepare against ever-evolving threats against the American homeland, most recently highlighting efforts to combat an Electromagnetic Pulse attack which could disrupt the electrical grid and potentially damage electronics.

Today, the department is releasing the Electromagnetic Pulse (EMP) Program Status Report as part of an update on efforts underway in support of Executive Order (E.O.) 13865 on Coordinating National Resilience to Electromagnetic Pulses. E.O. 13865 establishes resilience and security standards for U.S. critical infrastructure as a national priority.

EMP weapons have the potential to disrupt unprotected critical infrastructure within the US and could impact millions over large parts of the country. Since the President’s signing of the E.O. in March 2019, DHS, through the Cybersecurity and Infrastructure Agency (CISA), in coordination with the Science and Technology Directorate (S&T) and the Federal Emergency Management Agency (FEMA), has taken key actions to address known EMP-related vulnerabilities to critical infrastructure.

The EMP Program Status Report highlights efforts taken across the public and private sectors to foster increased resilience to EMP events. Through data analysis, vulnerability and risk assessments, testing and pilot programs, and government and industry engagement, the department is identifying critical infrastructure and associated functions that are at greatest risk from an EMP, and developing and implementing best practices to reduce the risk.

“EMP attacks are part of the emerging threats against our nation and demand a response,” said Senior Official Performing the Duties of the Deputy Secretary Ken Cuccinelli.

“That is why DHS is taking these contingencies very seriously, working diligently to mitigate our risks and equipping our state and local partners with the resources they need to do the same. We’ve made significant progress and look forward to the work ahead.”

“As the Nation’s risk advisor, one of CISA’s priorities is understanding and mitigating threats associated with EMPs,” said CISA Director Chris Krebs. “Over the past year, we have worked with interagency and industry partners to identify the footprint and effects of EMP threats across our National Critical Functions, and are developing sustainable, efficient, and cost-effective approaches to improving the Nation’s resilience to EMPs.”

In 2018, DHS released the Strategy for Protecting and Preparing the Homeland against Threats from Electromagnetic Pulse (EMP) and Geomagnetic Disturbance (GMD), which was the Department’s first articulation of a holistic, long-term, partnership-based approach to protecting critical infrastructure and preparing to respond and recover from potentially catastrophic electromagnetic incidents. 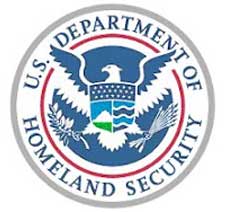