U.S.A. –-(Ammoland.com)- Austin Jones and Atlas Arms announced that they have successfully defeated level 3A body with their Dangy Dagger round.

The video released by the non-profit research group shows the founder of Atlas Arms fires their 9mm round at level 3A soft body made by AR500. The round blew through the panel and continued into the backstop of the range. What makes their round so revolutionary is that it can penetrate armor without violating the federal armor-piercing ammunition ban.

Much like Congress passing the Undetectable Firearms Act of 1988 because of a misconception about Glocks due to Hollywood, they also acted on bad information to ban so-called “armored piercing” bullets. In 1982, NBC ran a story on Teflon-coated bullets. Various gun control groups called these rounds “cop killers.” The report claimed that the bullets could defeat police body armor. The news organization’s claims were fake.

Hollywood helped spread the anti-gun propaganda about the bullets in movies such as Ronin and Lethal Weapon. Companies using Teflon to coat their bullets was just a marketing scheme. In actuality, the coating did nothing to increase the penetration of the bullets. Congress took the word of the anti-gun groups, the fake news, and Hollywood on the ammunition’s deadliness and enacted a ban.

Austin Jones decided that he needed to use the skills he developed in making durable inflation sections for the International Space Station to defeat an unjust gun law. The engineer and his team decided to take a multifaceted approach to defeat the ban.

One of the best determinations on if a bullet can penetrate armor is the speed of the round. The law doesn’t restrict how fast a bullet can move, so the team shed some weight from the bullet and found the optimum amount of powder to use in the round. They developed a 9mm round that shooters can fire at 2200ft/sec.

The ban also restricts jacketed bullets, so Atlas Arms made their rounds hollow points with a spike in the center. The hollow point causes a massive cavity when it hits soft tissue. Atlas Arms uses a center spike is to penetrate the armor.

Atlas Arms uses a still yet revealed material for the spike. By keeping it under wraps, the organization hopes to improve its design to defeat even tough armor and avoid federal and state governments’ legal actions. Even if the government does ban the ammunition material, the organization has contingency plans.

The round is not cheap. Jones believes the round will run customers between $2 and $4. Atlas Arms will offer a more affordable alternative that will sacrifice some penetration. Since customers do have a legitimate concern of over-penetration, these cheaper alternatives might be a happy medium.

Atlas Arms plans to release the bullets’ plans so anyone can make rounds utilizing the Dangy Dagger bullets. They also plan to release a cutting code for the Ghost Gunner 3 to make round casings. The company is also filing a patent on the design so anyone will be able to look up how to make the rounds even if individual states try to make sharing the plans illegal. It would make the federal government the ones sharing the designs online.

Readers can find out more about the Dangy Dagger at https://www.atlasarms.org.

John is also an Amazon best selling author and investigative firearms journalist. He lives in Northern Virginia with his wife and two sons. He can be followed on Twitter at @crumpyss, or at www.crumpy.com. 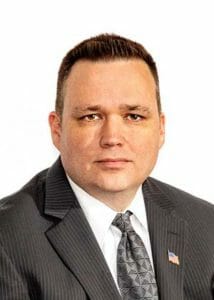