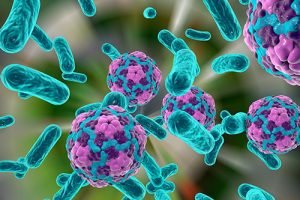 It sure looks like things are going to get worse before they get better. Five more deadly diseases have been reported as circulating around the globe. Unfortunately, any one of these could be used by the ruling class to further enslave the masses.

Despite the advanced technology at the world’s disposal, humans are still rather vulnerable to some ailments and diseases. And even though COVID-19 isn’t as serious as the authorities claim, other diseases that could potentially kill millions are starting to spread worldwide, according to a report by Natural News.

Ebola – Cases of Ebola have recently been reported and confirmed in Central Africa, where at least two people have already died due to the latest outbreak. A second person from the Democratic Republic of Congo reportedly died during a recent resurgence of the deadly virus.

H3N8 bird flu – On April 26, China’s health authorities reported the first human infection with H3N8. According to reports, a four-year-old boy from central Henan province was infected with the variant after developing a fever and other symptoms on April 5. In a statement, China’s National Health Commission (NHC) said no close contacts were infected with the virus.

Unexplainable Hepatitis – The WHO reported that the first case was detected in Scotland at the end of March. To date, one child has died and at least 17 have needed liver transplants after diagnosis. Cases have also been reported in America, with at least 11 children sick with unexplained hepatitis confirmed within recent weeks. There were nine cases in Alabama and two children required liver transplants.

Hepatitis Spreads As Rulers Declare Its Origins Are “Unknown”

Mystery Horse Disease In Colorado – Aside from the infectious diseases spreading in humans, there have also been reports of a “mystery disease” killing horses in Colorado. As of writing, the disease has killed dozens of wild horses in Colorado. According to federal officials, the mystery disease could be behind the deaths of 57 wild horses at an equestrian facility in Canon City, Colorado.

Additionally, the first case of H5 bird flu has infected a human as well. So far, no other cases have been reported and the man sickened was responsible for “culling” the food supply chickens in Colorado.

Any of these could be the next pandemic that the ruling class uses (real or not, lab-created or natural) to keep the masses in line.

The post 5 MORE Deadly Diseases Have Been Reported first appeared on SHTF Plan – When It Hits The Fan, Don’t Say We Didn’t Warn You. This article has been contributed by SHTF Plan. Visit www.SHTFplan.com for alternative news, commentary and preparedness info.