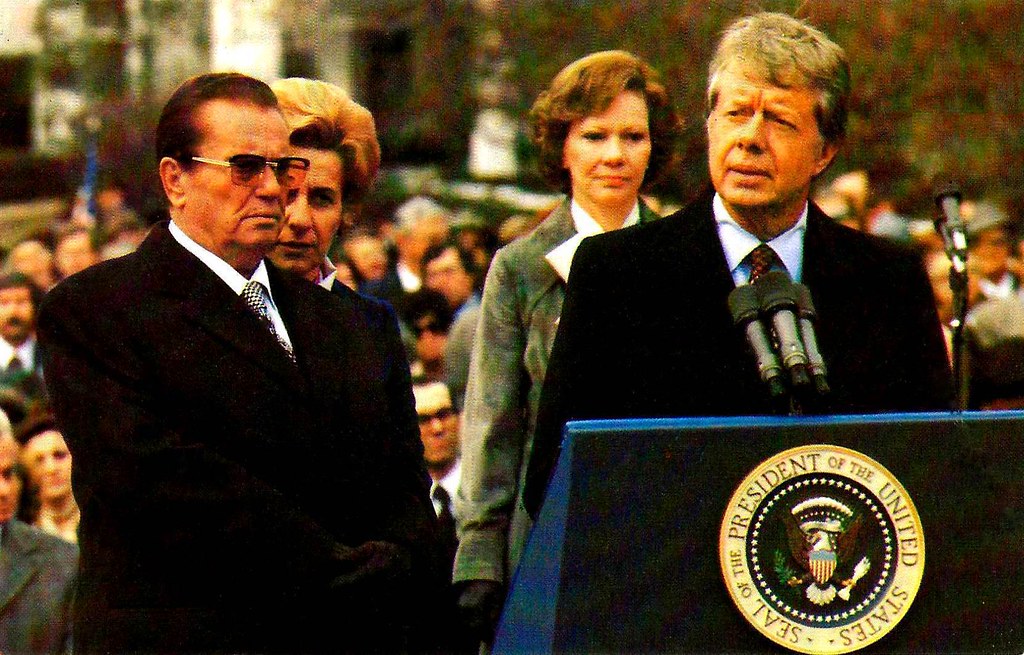 Somebody had to say it. Speaking at a press briefing on April 7, President Trump chastised the World Health Organization (WHO) for having “really called, I would say, every aspect of it [the coronavirus] wrong.”

Trump went further Tuesday evening, announcing that the US would place a hold on WHO funding over its handling of the novel coronavirus pandemic, according to Axios.

The United Nations sub-agency has indeed stumbled badly in its quest to contain the coronavirus, showing more of an interest in condoning cover-ups than producing accurate data. History has a strange way of repeating itself and the US faced a similar problem with another unaccountable global bureaucracy—the International Labor Organization (ILO)—in the 1970s. As it did then, the US must stem the flow of taxpayer dollars to the organization and demand accountability. Only a steady, dedicated effort can transform the WHO into a force for good.

It took three months, but the world finally knows the truth about the Chinese government’s flagrant attempts to cover up the coronavirus pandemic. Brave doctors such as Dr. Li Wenliang warned his colleagues and the public via social media as early as December that patients were exhibiting mysterious SARS-like symptoms at his hospital in Wuhan. Dr. Li and some of his “co-conspirators” were harassed by the Chinese secret police for sounding the alarm and were threatened and forced to sign retractions. Meanwhile, the Hubei Provincial Health Commission ordered coronavirus lab samples destroyed and barred scientists from further testing samples.

Despite these cover-ups, China informed the WHO about the rapidly spreading virus on December 31. But the international agency sat idly by as the situation grew worse over the course of the next month. The Chinese government refused to let a WHO advance team into the country for two weeks. The global bureaucracy uncritically reported that Chinese authorities had seen “no clear evidence of human-to-human transmission of the novel coronavirus” on January 14, just one day after acknowledging the first case outside of China (in Thailand). WHO Director-General Dr. Tedros Adhanom Ghebreyesus praised Chinese President Xi Jinping for his “political commitment” and “political leadership” despite these repeated, reprehensible attempts to keep the world in the dark about the coronavirus.

Evidently, the WHO cares more about maintaining delusions and cover-ups than rigorously collecting and reporting information on the coronavirus. Oxford-based “Our World in Data” announced on March 18 that it would stop relying on coronavirus data from the WHO due to “many errors in the data…when we went through all the daily Situation Reports.” These data problems, coupled with the WHO’s failure to communicate with outside researchers about said errors, have led scientists affiliated with the project to instead use the more rigorous reporting of the European Center for Disease Prevention and Control.

It’s little wonder that the Trump administration isn’t not keen on continuing around $500 million in annual taxpayer aid to a corrupt organization that can’t keep its numbers straight.

President Trump’s decision to withhold aid to an unaccountable global bureaucracy may stem from an unlikely source of inspiration: former President Jimmy Carter. The ILO was created in 1919, but by 1977, had transformed from a worker advocacy organization to a mouthpiece for backwards policies and oppressive regimes.

The Carter administration was irked by the brutal actions condoned by the ILO even as US taxpayers footed the bill for 25 percent of the agency’s financial dues (about $85 million in today’s dollars). The bureaucracy would regularly find egregious labor violations committed by repressive governments, but the ILO buried the reports when the offending countries complained. US officials quickly put a kibosh on those activities by withdrawing from the ILO. The ILO quickly changed its ways and started to consistently call out the repression of workers. For example, in 1978 and 1979 the organization condemned brutal labor practices in Czechoslovakia and the Soviet Union and sought to pivot itself as an impartial defender of workers around the world. The US rejoined in 1980 and has retained an active role in the reformed global bureaucracy ever since.

There’s no reason why the WHO can’t see a similar transformation with the right leadership and reprioritization of goals.

President Trump’s insistence that the WHO cleans up its act should result in a capable agency that protects public health instead of coddling strongmen.