From the Dan Bongino Show’s description of this episode on youtube.com/Bongino or in his Show Notes:

In this episode, I address the stunning connections emerging between the multiple plots to take down President Trump. I also address the latest propaganda efforts by the terror-group ANTIFA. I discuss an astonishing UFO story that has managed to escape wider scrutiny.

It has occurred to me a few times… Why am I still doing this? Does, or did, writing my commentary on various social media sites, or my blogs, ever result in any monetary compensation? Nada. Zilch. In fact, it would have been great to be able to use all my expenses to be online and replacing computers, to nullify any revenue, had there been any. Really, I do this for just one reason. And I don’t quit, because I am in this to win this! And yes, I lose a lot of the battles in a way, like when I write a blog and it gets very few views, (happens to me all of the time!), but that doesn’t ever stop me from believing that the war can still be won.

Well, besides something else I caught in this episode, Dan said some things that were important to me, to help me see why I have to keep on going in this endeavor.  Like Dan says, talk is cheap, you just have to “do stuff!“  Okay, this was one of those times where I felt Dan was talking directly to me.  It is now Friday night, I’m here watching his show, finding out that we’re right on the same page, though I am still about 3 days behind.  He is still telling me about things that I have thought about, without seeing this episode until today.  And I needed this one today.  It helped me realize that I am “doing stuff!“
It’s funny that Dan talks about the UFO study toward the end of the show today.  Another link to things that have unfolded in my life.  Well, twenty years ago, I found myself learning about the New Age movement.  NOT because I was in favor with it, but I wanted to understand our enemy.  Yes, I said that right.  First of all, I’m not talking about the “aliens.”  (That would probably come off as racist, being that they aren’t part of the human race, and look different than us… You know, grey skin, long skinny neck, bug eyes, and hardly any mouth… I digress.)  But I dedicated a lot of time, checking out various stories.  I even started a website that was going to be dedicated to the subject, until I realized it was somewhat bogus.
There were so many things about the possible alien presence in our midst, and the way the New Agers were telling us that we could have free energy, space travel, and cures for all that ails us, well shoot, who wouldn’t want that?  That is when I learned that the New Agers ARE the Liberal Left.  It’s kind of funny, being that it’s based on the belief by liberals that there is some kind of “shadow government” as they call it, while they criticize the Conservatives for thinking there is “deep state.“

As Dan says, right now, it’s about “doing stuff.”  I am, and it isn’t always easy.  There are those days when I am running on empty, but still find a little fuel at the bottom of the tank.  I plan to refuel over this weekend, however.  A little barbeque there, and a firepit here.  And sending out prayers to many people, in sorrow for those we have lost.  And because I have met him, and he was a great man, I’ll be thinking about Herman Cain, who we lost.

Be sure to see the
SHOW NOTES for Episode 1307
Looking for news? The Bongino Report brings you the top conservative and libertarian news stories of the day, aggregated in an easy to read format to assist the public in getting accurate information.
bonginoreport.com/ 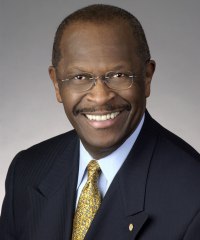 RIP, Herman!  See you there!