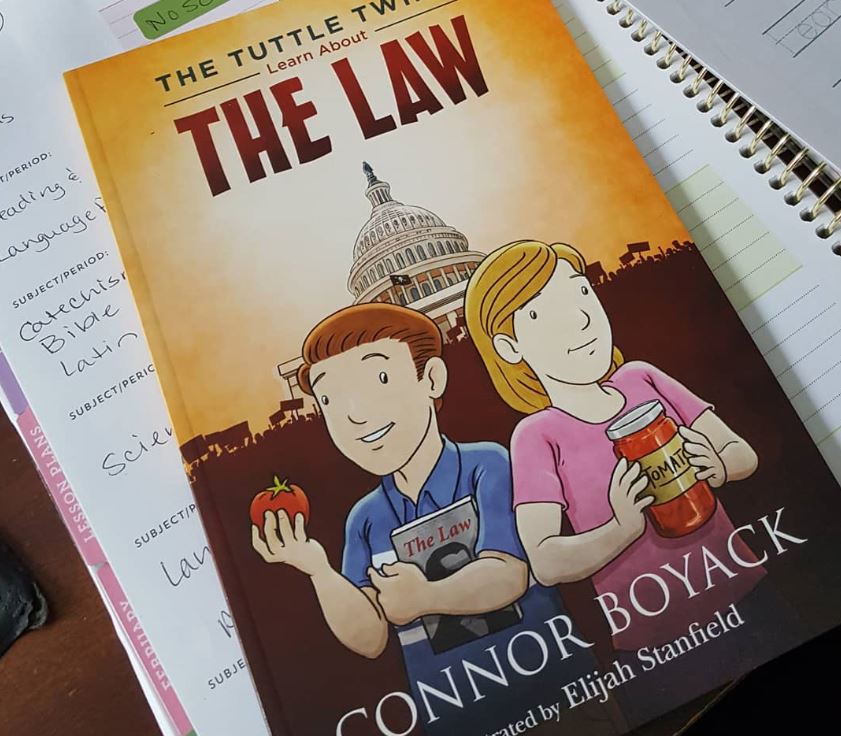 As Connor Boyack recently discovered, there is no such thing as bad publicity. The creator of the popular Tuttle Twins children’s book series, which reinforces libertarian values and free-market principles, saw his book sales surge after an established progressive magazine wrote a lengthy feature article attacking the books.

Current Affairs published the expletive-laden piece in its July/August print issue, calling libertarianism “one of the most disgraceful political tendencies in the world.”

Apparently, not everyone agreed with the far-left writer, Rob Larson, that a political philosophy grounded in individual rights, personal responsibility, and consent is “disgraceful.” Soon after the article appeared online at the end of September, Boyack noted record sales of The Tuttle Twins books, which have already sold more than 1.4 million copies.

“Overall it’s clear the author, a dedicated socialist, has a fundamental disagreement with our values and perspective,” Boyack told me in a recent interview. “When a socialist calls your free market literature a ‘cliché-ridden [heap] of steaming garbage,’ it’s not a criticism—it’s a badge of honor you wear proudly. It means we’re doing something right to provoke this kind of ire from someone who sees liberty as ‘one of the most disgraceful political tendencies in the world.’”

The magazine took great care to craft its Tuttle Twins critique, including creating custom illustrations to match the style of Tuttle Twins illustrator, Elijah Stanfield, who the writer demeans and dismisses because he “produced campaign videos for Ron Paul’s 2012 presidential campaign, in case you were thinking of letting him off the hook.”

The Tuttle Twins books take libertarian and free market themes and texts and make them accessible to children. For example, The Tuttle Twins Learn About the Law incorporates ideas from Frederic Bastiat’s essay, The Law, and The Tuttle Twins and the Search for Atlas, highlights the message from Ayn Rand’s book, Atlas Shrugged. There is even a book that illustrates the themes from FEE founder Leonard Read’s classic 1958 essay, “I, Pencil.” The Tuttle Twins and the Miraculous Pencil reinforces the economic principles of spontaneous order and human cooperation through trade—concepts the Current Affairs writer complains teach children “market worship.”

Boyack said that he was actually “impressed to see that they invested the amount of time they did” in developing their harsh Tuttle Twins review, rather than the cursory attack his books got from left-wing media outlet, Salon, in 2017. These continued condemnations from the left drive Boyack to produce more content and to elevate the books’ reach. In fact, last week Newsweek reported that The Tuttle Twins content will appear as a new, animated video series produced by VidAngel in 2021, reaching even more families with fresh material on libertarian themes.

These themes are what the Current Affairs article calls libertarian “propaganda for defenseless kids,” while obviously not acknowledging that much of what today’s public school children experience in their classrooms is propaganda from the left. Indeed, as I recently wrote, the nation’s teachers’ unions have long been deeply connected to the Democratic Party and left-wing ideology, pushing their progressive agenda in both politics and in the classroom. The Tuttle Twins books and curriculum offer parents high-quality resources to provide their children with a broader perspective on political philosophy and economics.

“The left has dominated the education of the rising generation for decades. Teachers see their students increasingly as ‘the front line of battle for the future of our nation.’ For too long, parents have surrendered their children to the indoctrination of these social reformers. The Tuttle Twins is finally giving parents a shield to defend their kids, and a sword to fight back. Our ideological enemy isn’t used to facing organized opposition. We present a threat to those who want to continue molding the minds of kids to support socialism.”

Boyack, who is offering 50 percent off his 11-book series through the end of October with the appropriately-named coupon code CURRENTAFFAIRS, says that he is shipping over 4,000 Tuttle Twins books a day to families who care about libertarian ideals and want to share these principles with their children. While the Current Affairs writer may demonize the free market, it is working to meet demand and encourage the creation of related products and services that consumers find valuable. This is the miracle of the market that Leonard Read describes so eloquently in “I, Pencil:”

“For, if one is aware that these know-hows will naturally, yes, automatically, arrange themselves into creative and productive patterns in response to human necessity and demand—that is, in the absence of governmental or any other coercive master-minding—then one will possess an absolutely essential ingredient for freedom: a faith in free people. Freedom is impossible without this faith.”

Boyack and The Tuttle Twins are helping to spread this message of freedom to more families, while critiques from the left only work to accelerate market demand.