In a sort of distributed Ouija board enterprise, intellectuals these days predict the likely evolution of relations between China and America. These authorities do not wallow in consistency. China will take over the world. Alternatively, China will collapse because of a surfeit of men, because the different linguistic regions will become independent, because their debt bubble will explode, because the Chinese can’t “innovate,” and because the population is aging and there won’t be enough workers. And of course, the American military will remain regnant over the planet and nearby galactic space. The US will always stay ahead. Or it won’t. This seems to cover the basses.

Well, maybe. But if you watch what the Chinese are actually doing, you may get the impression that China is largely ignoring the American military and letting the US spend itself to death while Beijing focuses on commerce, business, R-and-D, commerce, the economy, education, technology, and more commerce. You might additionally get the idea that China is a confident, well-governed, energetic people on a roll and doing quite well in the inventive department. The snippets below may support this impression of technical and economic vitality.

The future? An asleep thought (I presume this is the opposite of “woke”): demographics is destiny. America draws its scientists and engineers from roughly 200,000,000 STEM-capable whites. Blacks and Latinos contribute, if not negligibly, then almost so. China depends on a billion STEM-capable Han Chinese. These are the people who dominate America’s elite technical high schools and universities. Thus, it can potentially put five times as many scientists and engineers to work on tech work. As America’s schools deteriorate under the assault of social-justice warriors, China expands its already-rigorous schooling. Add that psychometricians put the East Asian IQ about five points higher than that of Eurowhites. Thus, many more and somewhat smarter STEM people from demanding universities against fewer and less intelligent from inferior schools. Then add stable, focused government versus rule by chaos. Arguably, massive Chinese technological superiority might seem likely.

Increasingly America does not compete with China, but strongarms it because it cannot compete. For example, in Five G China is ahead in technology, manufacturing capacity, and turnkey systems. Unable to produce an equivalent product, Washington banned Huawei Five G in the US and has twisted arms to keep countries that it controls from using Huawei. Seeing that Huawei had very attractive smartphones that would have competed with Apple, it banned these also. What America can’t do, it seeks to keep anybody else from doing.

WSJ: “US vs. China in Five G: The Battle Isn’t Even Close

HONG KONG—By most measures, China is no longer just leading the U.S. when it comes to 5G. It is running away with the game. China has more 5G subscribers than the U.S., not just in total but per capita. It has more 5G smartphones for sale, and at lower prices, and it has more-widespread 5G coverage. Connections in China are, on average, faster than in the U.S., too…By year’s end, China will have an estimated 690,000 5G base stations—boxes that blast 5G signals to consumers—up and running across the country .”

Techies can argue C band versus millimeter waves but I will bet that the Chinese, nothing if not commercially agile, will have Five G up and running in factories and the IoT and everywhere else while American pols rattle on about how China is an Existential Threat and the Pentagon needs more money for Space Command and diversity is more important than schooling anyway.

The shifting balance may already be visible. For example, America used to make superb aircraft such as the SR-71 and the F-16. Now it has the F-35, an engineering horror. The Boeing 737 MAX, its flagship product, has been grounded internationally because of poor engineering, second-rate software, and corporate lying about both.

America invented the microcircuit, and once dominated its manufacture. Today, American companies cannot make the seven nanometer chips now used in high-end telephones, and certainly not the five nanometer chips now coming online. Neither can China. Both countries buy them from Taiwan Semiconductor Manufacturing Company, TSMC, Interestingly, the Taiwanese are genetically and culturally Chinese. Washington has strongarmed TSMC into ceasing to sell to Huawei—the US still can’t make high end chips. Recently it strongarmed TSMC into agreeing to build a semiconductor fab in Arizona. Because America can’t.

Then there is TikTok, a hugely popular Chinese video app that threatened to break America’s lock on social media. Unable to compete, Washington decided simply to confiscate it on grounds that it might be used to spy on Americans. (Chinese intelligence is deeply interested in your daughter’s video of her cat.)

Parenthetically, technology seems to be shifting toward East Asia, with America being less ahead in things in which it is ahead and behind in others. Did I mention demographics? 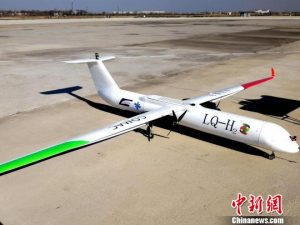 Commercial Aircraft Corporation of China. Airlines are looking hard at hydrogen as a replacement for petroleum with no carbon emission.

China chooses landing site for its Tianwen-1 Mars rover. Whether the lander, currently en route, will land or crash and burn remains to be seen—it is China’s first time out, so to speak. In either case, that the country, forty years ago arguably the poorest in the world and thinking that making pencils was high-tech, has built a Mars lander is, well, weird. 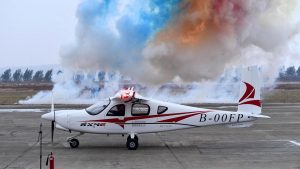 Impressive engineering, at least if it works, but not revolutionary. What is impressive is that so many tech advances come rapidly. at night and end up betting on a bar fight. My guy loses. How do I pay you a hundred bucks? Cash? Don’t have it. Check? Don’t have one with me, and you would have to go to a bank to cash it. ATM? Late at night in a probably dangerous city. And so on. With WeChat Pay or Alipay, my phone gives the money to your phone in perhaps as much as two minutes. In China, four of five transactions are by mobile app. It works, and is fantastically convenient, because everybody has one or the other, and they are universally accepted.

Those who follow China soon notice that when Beijing needs to decide something, it does, without fifteen years of talking, congressional infighting, and interminable lawsuits. When it decides that something is important, it does it. Right now. Commercially, the Chinese are quick and cutthroat. They have been called the Jews of Asia. And only a billion of them.

“Hualong One (HPR 1000) is the 3rd-generation nuclear power brand to which China has exclusive intellectual property rights.“

Washington tries to cripple Chinese technological advance by denying access to intellectual property, driving Beijing to design its own, thus creating a competitor for American firms.

A serious weakness of Chinese technology has been the inability to make jet engines. It still can’t make engines for airliners. Yet they advance. “Intellectual property rights” matter because Washington will do anything it can to cripple the development of a country of which it is mortally terrified.

Impressive engineering, at least if it works, but not revolutionary. What is impressive is that so many tech advances come rapidly.

Various countries are toying with the idea of digital currency, but China seems most advanced, with several cities now in large-scale trials. Payments will be by mobile phone, with which the Chinese are familiar. It will not be a cryptocurrency, will not use blockchain, and will not require a bank account. This would make it appealing to the billions around the world who have smartphones but no bank account, and would tie them into a sort of distributed virtual China. Transfers will be instantaneous, avoiding the delays of the American-dominated SWIFT system and, at least potentially, allow bypassing of American sanctions. The downside will be vulnerability to detailed surveillance by China. For most people, to judge by online experience, convenience will outweigh concerns over privacy.

The digital yuan is typically Chinese in approach. Beijing decides to do something, figures out how, tests it and, if it works, runs with it. Boddaboom, boddabing, done. America would spend thirty years arguing, Wall Street banks would bribe congress to get control, different companies would squabble over standards, the ACLU would wade in about disparate impact, and conservatives would worry that the digital dollar might contain microchips to make them into communist slaves. (Wait. Maybe it’s vaccines that have the chips to make communist slaves.)

Much more speculative: suppose I go to Cancun, write a story on contract to Xinhua, email it to them, and payment in digital yuan appears in my phone. Being distracted, I might forget to report this to IRS. Let us say that hotels and stores serving Chinese tourists, who are getting thick on the ground, accept digital yuan. I would then be part of an ecosystem opaque to and independent of the US government.

Wilder still: Say that China sends five thousand workers to Zimbabwe to build a railroad, pays them in digital yuan that they can spend in a large company store. Local merchants, wanting some of the lucre, begin accepting the currency and Zimbabwean banks, sensing gravy, turn it into whatever Zimbabwe uses for money, for a cut. It becomes a de facto local currency as it is stable and usable outside of the country. The government might even decide to make it the, or a, national currency since it would be (a) reliable and not inflatable and (b) out from under American control.

But this may be delusional. And anyway, I am sure the Chinese haven’t thought of it.

That’s 33,000 feet. This is not Guatemalan engineering. A country that has the technology, money, and curiosity to undertake such projects is likely to be tough competition. China can afford it because it has a for-profit economy while America runs a huge trade deficit and debases the coinage by printing money to support a military empire.

(Bloomberg) –” State Grid Corp. of China has started up the world’s longest and most-powerful ultra-high voltage power line from its far northwest to the heavily populated east…The 1,100-kV direct-current Changji-to-Guquan project stretches 2,046 miles… The project… was approved in December 2015 and construction started the next month”

Stories of this sort are not sexy, except maybe to power engineers, but they are common in China and embody a lot of technology. Twelve gigawatts. Another one, kind of techy: “A libaba On The Bleeding Edge Of RISC-V With XT910.” Certainly interesting, possibly important, but too long to go into here.

Reprinted with permission from The Unz Review.

The post China: a Cold Shower appeared first on LewRockwell.