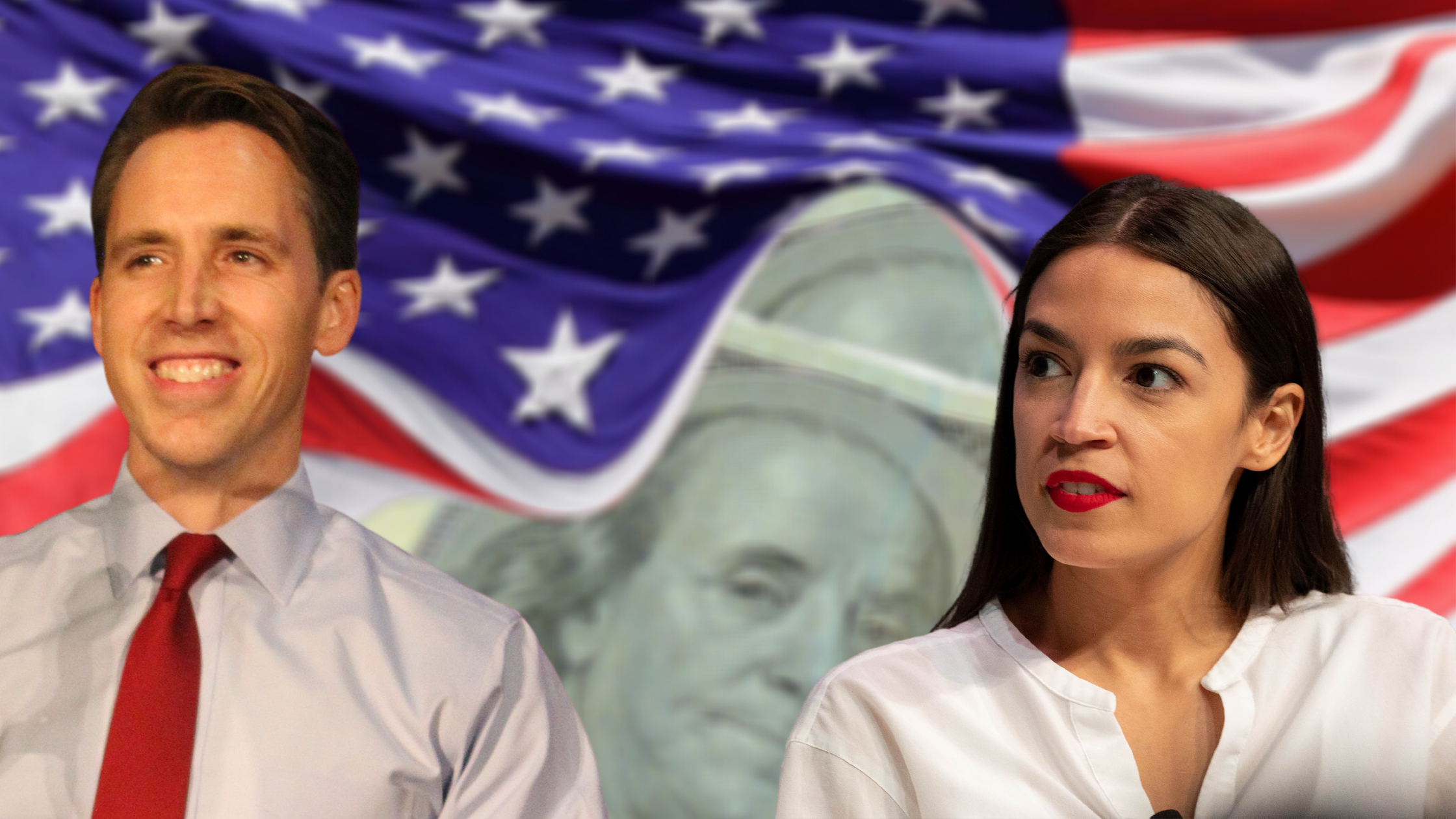 When politicians from completely opposite sides of the ideological spectrum agree on something, it’s usually a really good idea—or a really bad one. The latest example of this phenomenon is the bipartisan push in Congress for upping the recent round of COVID-19 “stimulus” checks from $600 to $2,000.

Though President Trump was the first one to call for this move, it has since been backed by Republican lawmakers such as Sen. Josh Hawley and progressive Democrats like Sen. Bernie Sanders and Rep. Alexandria Ocasio-Cortez.

Let’s do it. @RashidaTlaib and I already co-wrote the COVID amendment for $2,000 checks, so it’s ready to go.

Glad to see the President is willing to support our legislation.

We can pass $2k checks this week if the Senate GOP agrees to stand down. https://t.co/GprwrUPali pic.twitter.com/nFFs1ExqCK

.@realDonaldTrump is right – workers deserve much more than $600, as I have repeatedly said & fought for. And there’s obviously plenty of $$ to do it – look at what Congress threw away on corporate giveaways & foreign buyouts. Let’s get it done

Legislation passed by House Democrats would send most American adults $2,000 checks, with the amount phasing out at higher income thresholds. It would also send households $2,000 per child/dependent. (Trump’s similar proposal would send $2,000 to adults and $600 per child).

This bipartisan coalition of legislators may have good intentions, but that does little to ameliorate the serious flaws with their proposal. Here are three key reasons that handing out boosted COVID “stimulus” checks like candy on Halloween isn’t effective or justified.

The first problem with this proposal is that, despite its stated justification, adding money to many Americans’ bank accounts won’t “stimulate” the economy in any meaningful way.

Why? Well, the claim that government checks can boost the economy is based on the notion that economic growth can be created by people spending more money. The narrative goes like this: If people spend more money, overall income will go up, which means more people will get jobs.

This might sound plausible if you stop thinking about it there. But remember, the money for the checks had to come from somewhere. As famed economist Henry Hazlitt put it:

When the government takes money out of Bob’s wallet to pay Paul, the analysis doesn’t end with what Paul buys in “stimulated spending.”

Surely, Bob was planning on using his money in some way. Maybe he intended to spend the money on something else. Maybe he planned to put it in a savings account for a bank to loan out for a long-term investment. Either way, Bob loses an opportunity that he valued more than giving it away.

Writing checks doesn’t fix these basic problems or meaningfully promote economic growth. All it does is move money from one place in the economy to another.

2. These Checks Are Badly Targeted and Won’t Go to the Needy

Some acknowledge that the $2,000 stimulus checks won’t work as stimulus, but argue they are instead a vague form of “relief” for the economic costs of COVID-19 and government lockdowns. But while it’s certainly true that people have been hit hard throughout this crisis, the proposed aid is badly targeted—both in principle and in practice.

In principle, the bill is very clumsy. It bases the income requirements for aid on 2019 data. This is especially unhelpful when you consider that millions of people lost jobs and businesses throughout 2020. Using pre-pandemic data to determine eligibility for pandemic “relief” makes zero sense, and it won’t give money to the truly needy.

But even where people haven’t lost their jobs, this scheme still falls short because it fails to recognize people’s unique circumstances. For example, does a journalist who works remotely with an uninterrupted stream of income really deserve the same relief as a business owner whose restaurant was shut down for weeks on end?

Beyond that, even if the government could target this aid well in principle, recent evidence shows that it fails in practice. We previously covered how more than one million stimulus checks were sent to dead people and how random Europeans received stimulus payments despite never having been U.S. citizens. Furthermore, millions of eligible Americans still have yet to receive their original stimulus payment—from March!

So, these structural flaws would merely result in a broad-based “relief” system that would constitute an unjustified boon for many relatively affluent and unscathed Americans.

The Committee for a Responsible Federal Budget’s Marc Goldwein examined the House Democrats’ proposed boosted stimulus checks legislation. He reports that a single adult with a $100,000 salary would get $750 courtesy of the US taxpayer—even if their (rather sizable) income hasn’t been disrupted at all. A married couple with 3 kids with a household income of $200,000 would get $7,500 (!!!) in taxpayer money.

This is taxpayer-funded relief for the affluent, plain and simple. And forcing working taxpayers to provide aid to the relatively well-off regardless of need isn’t “relief”—it’s unconscionable.

3. The Costs These Checks Impose Would Be Fundamentally Unfair

The second reason that the relief argument for this proposal fails is that it ignores the large and fundamentally unfair costs this policy would impose.

The arguments in favor of boosted stimulus checks only focus on the purported positives of the proposal. But the government cannot create resources out of thin air. According to the Wall Street Journal, this proposal would cost taxpayers an additional $463.8 billion. That’s roughly $3,230 per federal income taxpayer.

This massive expense to fund “stimulus” checks would largely be added to the national debt, which eventually has to be paid back in the future—with interest.

There are two ways debt gets paid back. First, the government can increase taxes in the future. Second, they can print money in the future.

If they choose this second option, prices will rise and there will be an “inflation tax” as citizens’ savings become less valuable. In either case, the people paying for the stimulus checks will be future generations. Your children and grandchildren will be fronting the bill.

It might be a winning political message for populist politicians to argue that they fought to give struggling Americans $2,000 in relief. But the reality of this proposal is that it would further burden taxpayers without meaningfully improving the economy or providing relief to the truly needy.