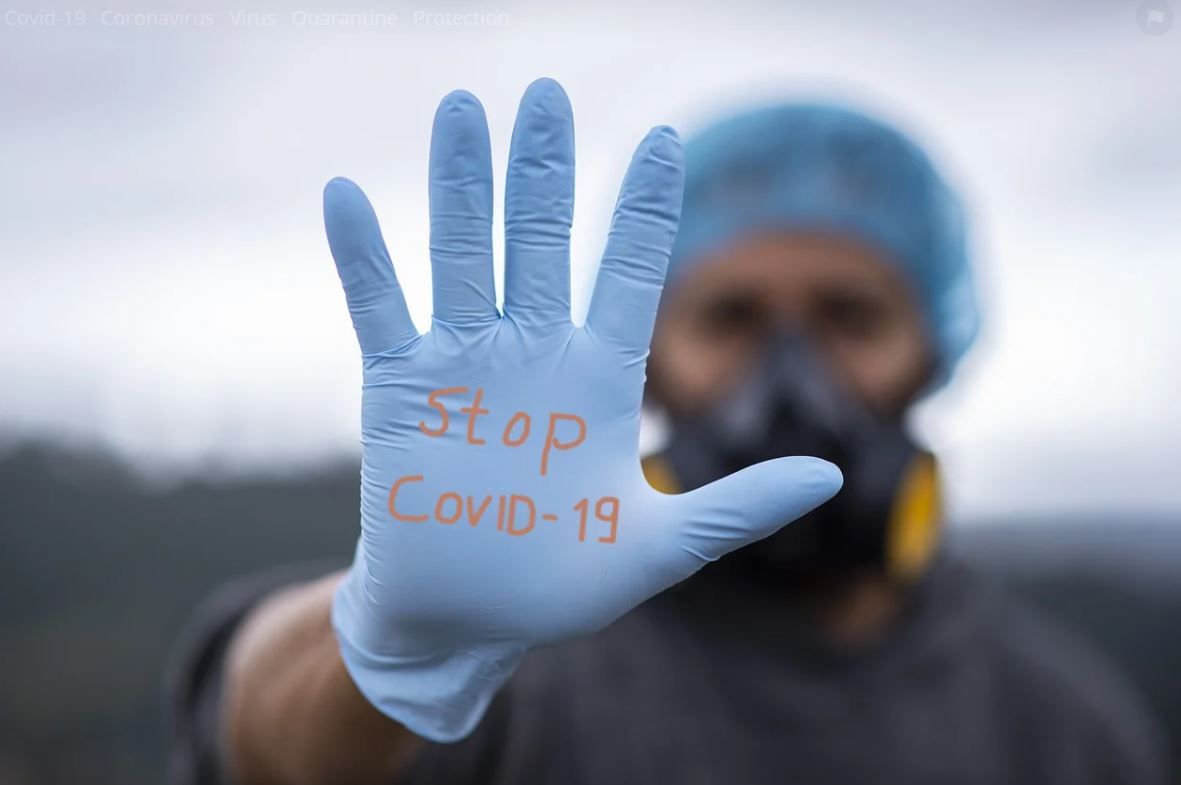 The New York Times published an article on Friday under a simple headline: “Covid Absolutism.”

The article opens by noting that during public health emergencies, absolutism—the idea that people should cease any and all behavior that creates additional risk—is a tempting response. Times writer David Leonhardt gives various examples of this “absolutism” on display in America today.

“People continue to scream at joggers, walkers and cyclists who are not wearing masks. The University of California, Berkeley, this week banned outdoor exercise, masked or not, saying, ‘The risk is real,’” he writes. “The University of Massachusetts Amherst has banned outdoor walks. It encouraged students to get exercise by ‘accessing food and participating in twice-weekly Covid testing.’”

Examples like these are virtually endless. They invite two key questions, Leonhardt notes: How effective are these behaviors in reducing the spread of the virus? And is there a downside?

The Rise of ‘Hygiene Theater’

As Leonhardt notes, many of these actions are essentially a kind of “hygiene theater,” the subject of a recent article in the Atlantic written by Derek Thompson.

The phrase basically speaks for itself. According to Leonhardt, these actions are not rooted in science, and are primarily a form of theatrical presentation that will have little or no actual impact.

Taking every possible precaution is unrealistic. Human beings are social creatures who crave connection and pleasure and who cannot minimize danger at all times.

“Prohibiting outdoor activity is unlikely to reduce the spread of the virus, nor is urging people always to wear a mask outdoors,” he writes. “Worldwide, scientists have not documented any instances of outdoor transmission unless people were in close conversation, Dr. Muge Cevik, an infectious-disease specialist at the University of St. Andrews in Scotland, told me.”

Have there been any documented instances of transmission among unmasked people who are outdoors and *not* in close conversation with each other?

So the answer to Leonhardt’s first question—How effective are they at reducing the spread of the virus?— is not difficult to answer: they’re not effective.

The second question, and its answer, is more interesting.

One might be tempted to argue that these theatrics still produce positive outcomes, since they are likely to make people more conscious of the pandemic and slow the spread of the virus.

Taking extreme precautions is simply “playing it safe.” What’s the harm in that?

The answer is, “plenty.” First, Leonhardt argues it’s not part of human nature to live in a perpetual state of extreme caution.

“Taking every possible precaution is unrealistic,” he writes. “Human beings are social creatures who crave connection and pleasure and who cannot minimize danger at all times.”

Perhaps more importantly, he argues that extreme caution can backfire and produce outcomes that have the opposite of their desired effect. He uses the AIDS crisis as an example, pointing out that demonizing sexual intercourse and trying to frighten people away from it had the unintended consequence of increasing unsafe sex.

A similar phenomenon appears to be at work today.

For many, this statement probably doesn’t sound particularly noteworthy. It basically has the ring of common sense, a variation of The Boy Who Cried Wolf, one of Aesop’s famous parables, which taught that false alarms can harm humans by inhibiting their ability to detect actual danger.

The Timeless Lesson of Unintended Consequences

The COVID-19 pandemic has been a case study in “unintended consequences,” a term popularized by American sociologist Robert K. Merton in the twentieth century. Basically, it’s the idea that virtually every action comes with outcomes that are not foreseen or intended.

The French economist Frédéric Bastiat alluded to this concept in his famous essay, “That Which is Seen, and That Which is Not Seen.”

“In the department of economy, an act, a habit, an institution, a law, gives birth not only to an effect, but to a series of effects,” Bastiat wrote.

The problem, he noted, is that humans rarely pay attention to the unseen or unintended effects of a given action or policy. Ignoring these outcomes is one of the great mistakes in public policy, the Nobel Laureate Milton Friedman once observed.

Unfortunately, ignoring unintended consequences and focusing on intentions is precisely what we saw in 2020, and nobody has been more guilty of this than the Times.

One article, published in September, is a profile of Dr. Bonnie Henry, a Canadian physician and British Columbia’s top doctor who spoke of minimizing the unintended consequences of government interventions. The other is an article in May that discussed how lockdowns could result in a surge of mental illness.

This dearth of coverage is unfortunate. The Times is one of the most influential papers in the world. It has immense reach and a news staff of 1,300 people. And yet—our tiny writing team at FEE has produced more articles on the unintended consequences of lockdowns than the Grey Lady.

No one is served by ignoring unintended consequences. (Well, maybe politicians.) If we’re to understand the damage wrought in 2020 and prevent it in the future, lockdowns must be judged by their actual consequences, not what they were designed to achieve.

And the adverse unintended consequences of lockdowns are legion.

The fact that even the New York Times is finally beginning to discuss the unintended consequences of COVID-19-inspired actions is a sign that we may be, however belatedly, moving in the right direction.

WATCH: What Cobras Can Teach Us About Incentives