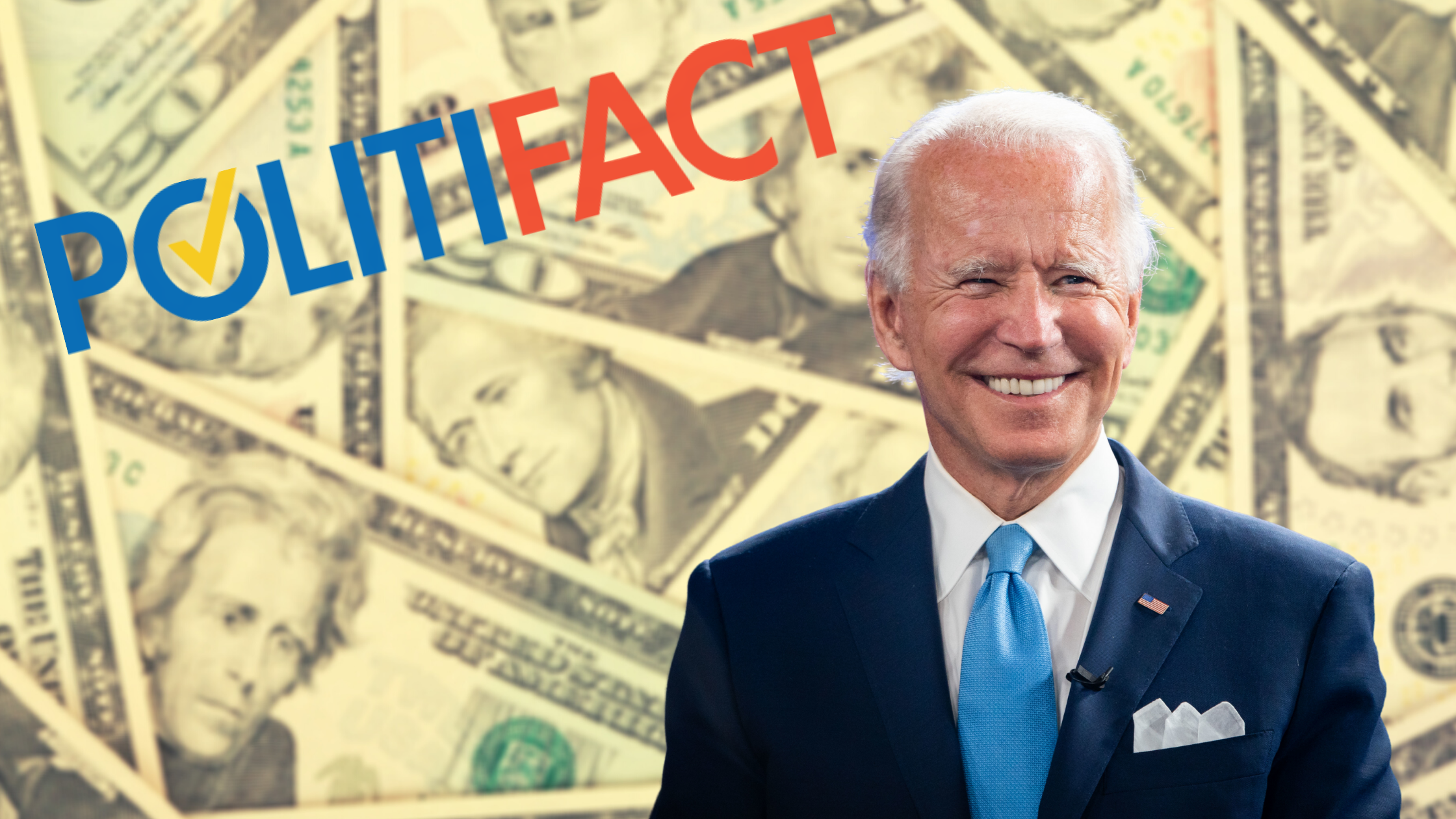 The budget-busting legislation, sold as emergency COVID response and “stimulus,” passed the Senate over the weekend. But even the liberal-leaning fact-checking website PolitiFact is pointing out that almost all of the bill’s spending is unrelated to the health effects of COVID-19.

Of the bill’s nearly $2 trillion in spending, PolitiFact reports that just $14 to $20 billion goes to vaccine distribution and vaccine-related efforts. This is a tiny fraction, a mere 1-2 percent. Overall, the spending that actually goes to health-related matters pales in comparison to the hundreds of billions doled out for partisan priorities.

For example, at least $350 billion goes to bailing out state and local governments—despite most not actually experiencing predicted COVID-19 tax revenue shortfalls. That means Biden’s bill spends more than twice as much lining the pockets of bankrupt blue states than it does actually addressing public health.

State and local budgets are not in crisis.—Bureau of Economic Analysis data show that state and local tax revenues are rising nationwide, not falling. There is no need for more federal aid to the states. https://t.co/NNiUUDzpC2 #CatoEcon #CatoCOVID pic.twitter.com/zEG5nAHvR4

Legislators also included a completely unrelated $86 billion bailout for union pension plans. And the bill pours $128 billion into public education. Despite what advocates claim, it’s not actually money to “reopen schools.” A whopping 95 percent of the money will be spent after 2021.

These are just a few of the big-ticket spending items that are unrelated to COVID-19. But slipped into the bill’s 600+ pages are literally countless smaller allocations of millions in taxpayer money. Many of these carve-outs are for waste like billions for racial justice programs for farmers or politician’s pet projects like $1.5 million for a bridge in New York that Senate Minority Leader Chuck Schumer wants built.

It’s not surprising that Republican elected officials are blasting the package as wasteful and bloated.

$45 billion expansion of Obamacare, including new subsidies for people with six figure incomes.

$270 million to the National Endowments of the Arts and Humanities.

This isn’t about COVID relief. It’s about using a health crisis as an excuse to ram through a left wing wishlist. pic.twitter.com/6bgmkymuvo

Senate Minority Leader Mitch McConnell decried the inclusion of “All kinds of liberal wish list items that would do nothing to help American families put COVID behind them” in Biden’s bill.

“This isn’t about COVID relief,” Republican Senator Pat Toomey, a long-time fiscal conservative, said. “It’s about using a health crisis as an excuse to ram through a left wing wishlist.”

Indeed, the details of Biden’s bloated spending package are so damning that even liberal-leaning fact-checkers have no choice but to agree with conservative criticisms.