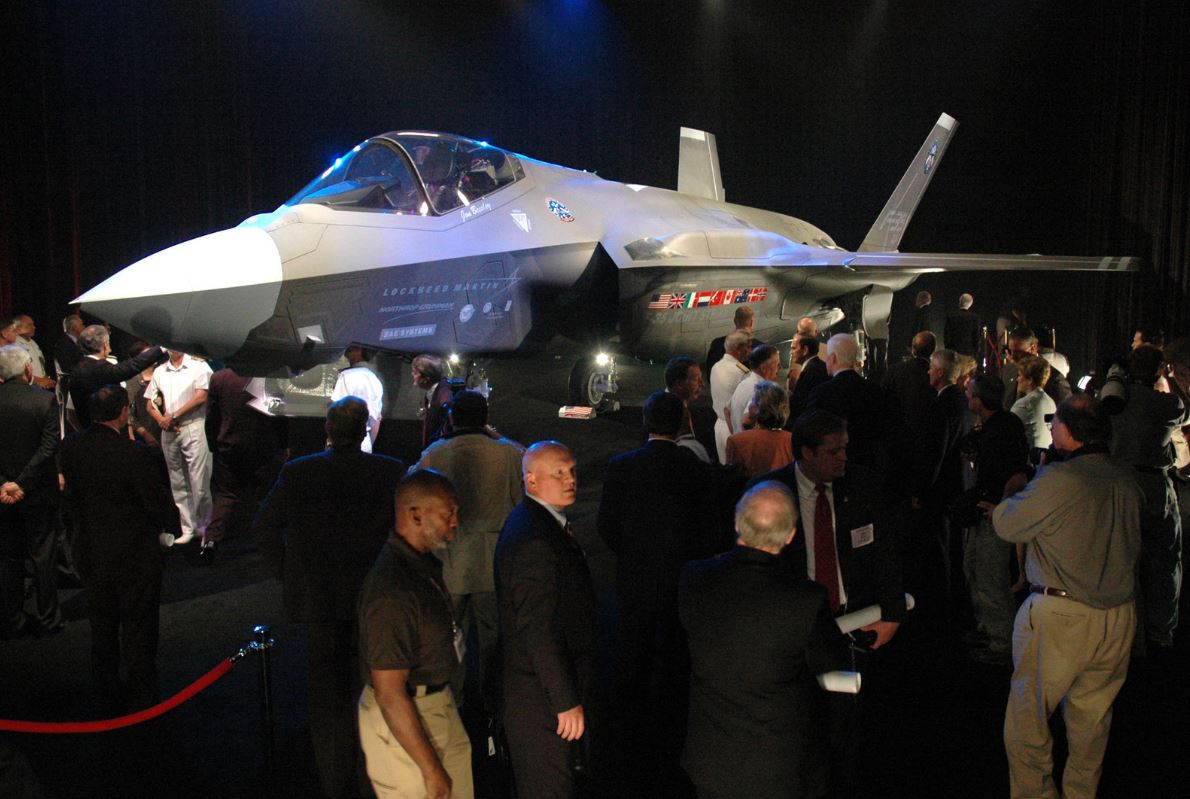 Fifteen years after it was meant to be finished, the F-35 Stealth Fighter has an engine that’s too hot, a logistics computer that spits out random information, and a defense system that cannot protect it from lightning. Yet, its builders are raking in more cash than ever.

The Defense Department awarded Lockheed Martin the contract to work on the F-35 in late 2001. The fighter was to act as a flying swiss-army knife — a cutting-edge weapon system that could do anything; air to air combat, air to ground strikes, reconnaissance, even vertical take-offs and landings.

The project ran into problems early, however. The plane was unable to fly until the very end of 2006, the very same year it was initially expected to be combat-ready. The jet that could do anything was having trouble doing much of anything.

The F-35 program defines a Category 1A Deficiency as anything that could result in the pilot’s death or loss of the aircraft. Through the end of 2018, the F-35 had thirteen Category 1A Deficiencies.American taxpayers have already paid over $400 billion to all prime and sub-contractors involved in the program. That’s double what the entire fleet was supposed to cost.

Since then, those running the program have downgraded five deficiencies, meaning they now only represent a threat to the ability to carry out missions. But new problems keep cropping up.

In a reasonable world, any association with the program would be damaging for the companies involved. Instead, Lockheed Martin has been rewarded handsomely for its work, receiving $115 billion in revenue just from the F-35.

With a stock price rising 600 percent since winning the contract, Lockheed Martin shareholders could be forgiven for thinking the program has been a grand success.

While a $1.7 trillion price tag is high, it amounts to a drop in the bucket when spread across all American taxpayers. The benefits, however, are concentrated.

But Lockheed Martin is far from the only company involved. Overall, American taxpayers have already paid over $400 billion to all prime and sub-contractors involved in the program. That’s double what the entire fleet was supposed to cost.

Initially promised to cost $38 million per plane, the price has ballooned to around $158 million for each F-35. The latest estimate puts the entire program’s cost — when all orders are filled and the entire fleet is operational — at $1.727 trillion.

In the market, entrepreneurs and investors must spend their own money to produce a new product and swallow any unanticipated costs themselves. They know they won’t make any sales if they cannot deliver a working product.

These factors incentivize private producers to prioritize quality and affordability. The incentives and constraints affect every aspect of the production process.

Although the costs of the F-35 program are astronomical, the chances of congress cutting them are slim.

Government actors have very different incentives and constraints. They are spending other people’s money. And, in the case of the military, a lot of it.

The incentives to pursue affordability and quality are absent when in the planning stage or when problems arise. Unlike their market counterparts, the proposed fix for failing government programs is often to just throw more money at the problem.

Indeed, in the case of the F-35, more problems meant more money. The government awarded subsequent contracts to address the mounting deficiencies — and over time, the funds sent to contractors grew from the planned $200 billion in total to $400 billion so far.

No End in Sight

Although the costs of the F-35 program are astronomical, the chances of congress cutting them are slim. While a $1.7 trillion price tag is high, it amounts to a drop in the bucket when spread across all American taxpayers, a fact that keeps the public conveniently apathetic.

The benefits, however, are concentrated, which means beneficiaries like Lockheed Martin will zealously encourage the continued spending. And, as if by design, F-35 subcontractors are spread over 45 states and a total of 307 congressional districts, meaning most congress members can be subjected to pressure from their constituents if they speak out against the program.

Although they’re not operating in a free market, these contractors are still companies concerned with enhancing shareholder value. And in that regard, they’ve done phenomenally well.

But the price of the plane is turning heads at the Pentagon. Their solution? To keep toiling with the F-35 while starting on a brand new fighter. After all, it’s other people’s money.