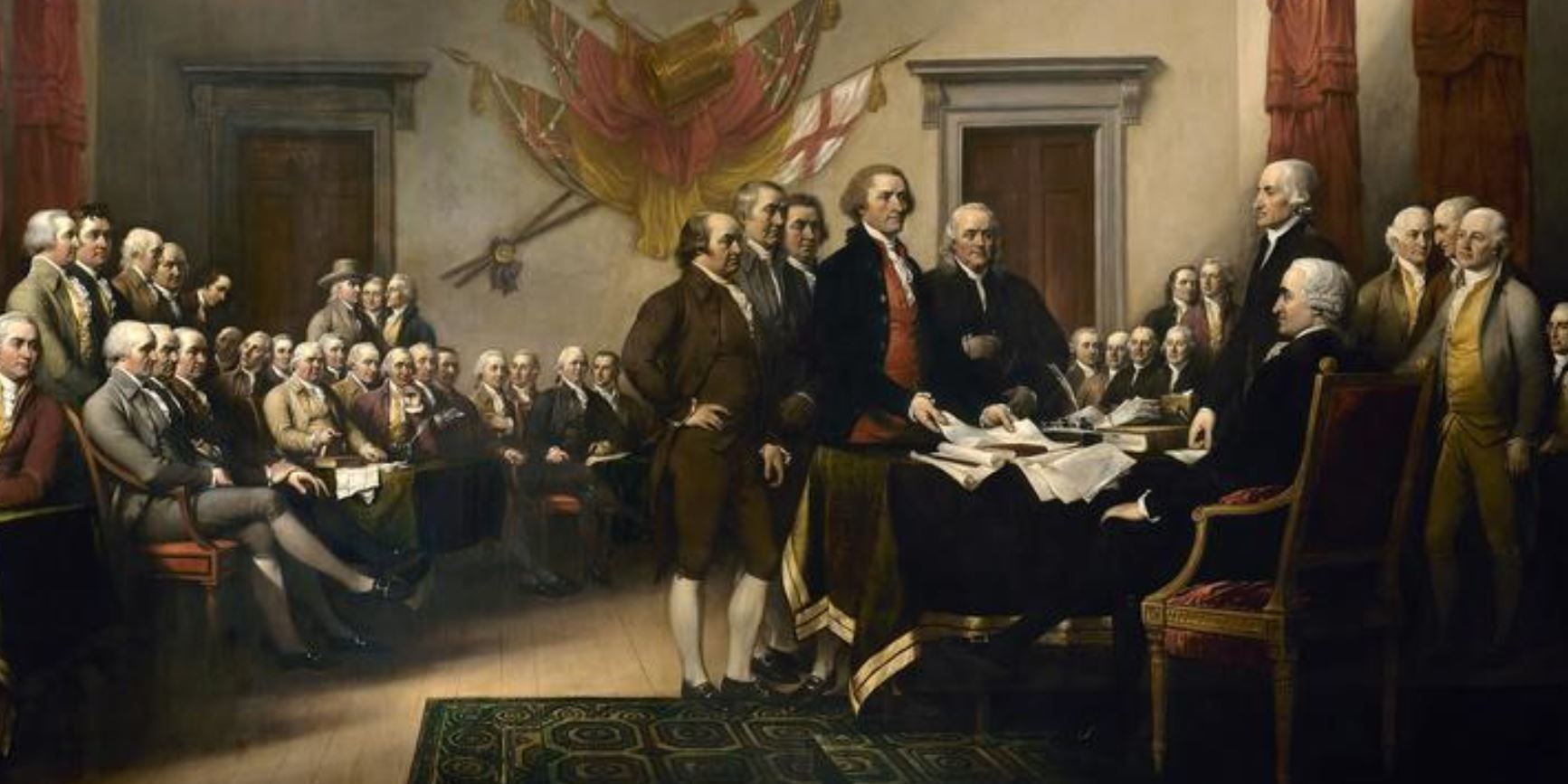 In our Declaration of Independence, Thomas Jefferson wrote of self-evident truths “that all men are created equal, that they are endowed by their Creator with certain unalienable Rights, that among these are Life, Liberty and the pursuit of Happiness,” and condemned government that was destructive of those ends.

Given how important that document was, with its signers putting all of those ends at risk, there had to be a high level of agreement about what “created equal” meant (sadly, with the exception of slaves). Since then, however, discussion of equality has become a source of confusion and contradiction.

Fortunately, a new book by James Otteson—Seven Deadly Economic Sins (2021), published by Cambridge University Press—offers a means of returning the discussion back toward clarity and a form of equality that is consistent with both moral philosophy and our Declaration. He calls it “the foundational principle of equal moral agency.” (p. 153) And when he combines it with what could be called first month principles of economics (because they are all introduced at the beginning of every introductory economics class), he finds, over and over again, government violating that foundational principle.

Identifying equal moral agency as the central defensible meaning of equality from both moral philosophy and our Declaration is important. One reason for this is because those who have had great faith in liberty have long sought “finding words for common sense,” as Leonard Read put it in his article by that name, because “the language of liberty is strange to ears long attuned to the notions, cliches, and plausibilities of statism, interventionism, socialism.” And a large part of that search has been to offset misrepresentations that still dominate much of America’s political discussion and huge swaths of government actions.

Take the word capitalism. The term misrepresents voluntary exchange systems by implying that capitalists are the only real beneficiaries, when consumers for whose business the capitalists must compete are the greatest gainers. People from politicians to the Pope tend to see crony capitalism as a form of capitalism, when it is in fact a denial of one of capitalism’s central aspects. Similarly, “free markets,” “free trade” and “economic freedom” as descriptors have been undermined by the fact that markets have rules, which must sometimes be enforced on members, promisers are constrained to live up to their commitments, and exchanges come at a cost, which provides ample room for distortion. See for example, Nicole Gelinas’s “Fake Capitalism,” or Ayn Rand’s Capitalism: The Unknown Ideal, or search “other terms for capitalism” online.

Efforts to clarify why “the ways of freedom make sense” have included Deirdre McCloskey’s suggestions of “technological and institutional betterment at a frenetic pace, tested by unforced exchange among all the parties involved,” “market-tested betterment” or “innovism.” But I have particularly liked Leonard Read’s “anything that’s peaceful,” from his most famous book of the same name. and his distinction between willing and unwilling exchange, in chapter 5 of his 1967 Deeper Than You Think. But whatever term is offered to improve clarity, it is hard to argue against the fact that distortions are still far more common in today’s world.

Further, think of how distorted “equal” has become. Ottesen addresses this issue in his chapter “Equality of What?” with reference to Nobel laureate Amartya Sen. As Ottesen puts it, “Sen argues that various definitions of equality entail one conception of equality only at the expense of others…Hence there is no such thing as advocacy for equality full stop: we have to specify which kind of equality we want, and then we have to explain why that specific kind of equality should be advanced above the others.” (p. 187) In particular, he singles out one “particularly popular and influential conception of equality—namely equality of resources,” as one that is “undesirable and even potentially harmful.” (p. 188)

In the following pages, Otteson expands on the tradeoffs among differing meanings attached to equality, leading him to his discussion of equal moral agency as “An Equality Worth Defending” (p. 203). And while he develops the idea and implications throughout his book, the core argument appears on pages 204-206. Consider part of it:

There is one kind of equality that is consistent with treating all human beings as unique and precious beings of dignity deserving respect and that, by a stroke of amazingly good luck, is also consistent with the institutions required to enable growing prosperity. That kind of equality is equality of moral agency…that means that we must respect [others’] ends, their values, and their preferences, as well as the actions they take on the basis and in the service of them…none of us should infringe on others’ agency and no one should infringe on ours…we must all have an equally expansive scope of agency…That is an equality able to be defended not only logically but morally. (pp. 204-5)

Such a form of equality requires particular public social institutions, which must protect what Otteson calls justice, or the “Three Ps” of “person (no one may assault, kill, or enslave us), property (no one may confiscate, steal, trespass upon, or destroy our property) and promise (protect our voluntary associations, contracts, obligations, and promises, so that no one may defraud us of our time, talent, or treasure).” The major implication is that: “Morality requires respecting others’ opt-out option. That means that the only exchanges we may make…are cooperative,” (p. 20) and that “Moral equality is a two-way street.” (p. 48)

Otteson also offers excellent discussions on how the concept of equal moral agency can help us evaluate claims that we should value “people over profit,” (pp. 148-160), that voluntary market arrangements are about selfishness rather than cooperation, (pp. 160-166) and that markets produce dependence rather than interdependence (pp. 166-178), as well as other issues.

Otteson’s discussion also draws out that “economics is crucial to enabling a flourishing life of meaning and purpose and proper relations among people—in other words is in its essence moral.” (pp. 178-179) In fact, he calls economics “essential to achieving not just a rational economic order, but to achieving a rational moral order.” (p. 182)

In a world where “What often seems to matter to people is…what moral values policies represent,” (p. 257) and criticisms of individual rights and economic freedom are often made on the basis of its supposed moral failings, his book is welcome as a thoughtful and respectful, yet powerful, response. And the idea of equal moral agency as a universal standard moves us a long way toward a better understanding of both markets and morality than what surrounds us today. And his conclusion says it well:

If we value other people as much as we value ourselves, we should give others as wide a scope of individual liberty and responsibility as is consistent with the same scope we and everyone else enjoy. Only in that way can people find innovative, productive, and creative ways to improve their own lives in willing cooperation with others, and only in that way can we all get better—together. (pp. 268-9)