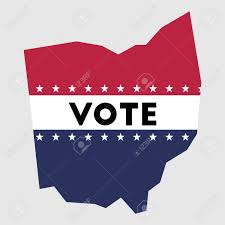 Mark your calendar.  From Ballotpedia:

A special election to fill the seat representing Ohio’s 11th Congressional District in the U.S. House will be held in 2021. Primaries are scheduled for August 3, 2021. The general election will be held November 2, 2021. The filing deadline was May 5, 2021.[4]

The special election was called after Marcia Fudge (D-Ohio) was confirmed as secretary of housing and urban development in President Joe Biden’s (D) administration. The Senate voted 66-34 to confirm Fudge on March 10, 2021.[5]

There are 10 candidates running in the Democrat Party primary.  According to Conservative Angle and OAN:

The special election in Ohio’s 11th district has heated up as Democrats duke it out for who will succeed recently confirmed Housing and Urban Development Secretary Marcia Fudge.

Big names have stepped in to endorse either side of the Democrat campaign. Hilary Clinton has voiced her support for moderate Cuyahoga County Democrat Party Chair Shontel Brown. Where progressives like Alexandria Ocasio-Cortez (D-N.Y.) and Ayanna Pressley (D-Mass.) have endorsed former co-chair of the Bernie Sanders 2020 campaign Nina Turner.

The race has become a proxy battle for the future of the Democrat Party, however, whether it will trend progressive or hold its establishment roots in the years to come.

It’s too bad those of us in the 11th District cannot vote for Ruth Edmonds in the 15th district, but if you’re in Columbus, you can.  This household watched a brief interview with her on (sorry) Fox, and she was a refreshing conservative, all for faith, family, and community.