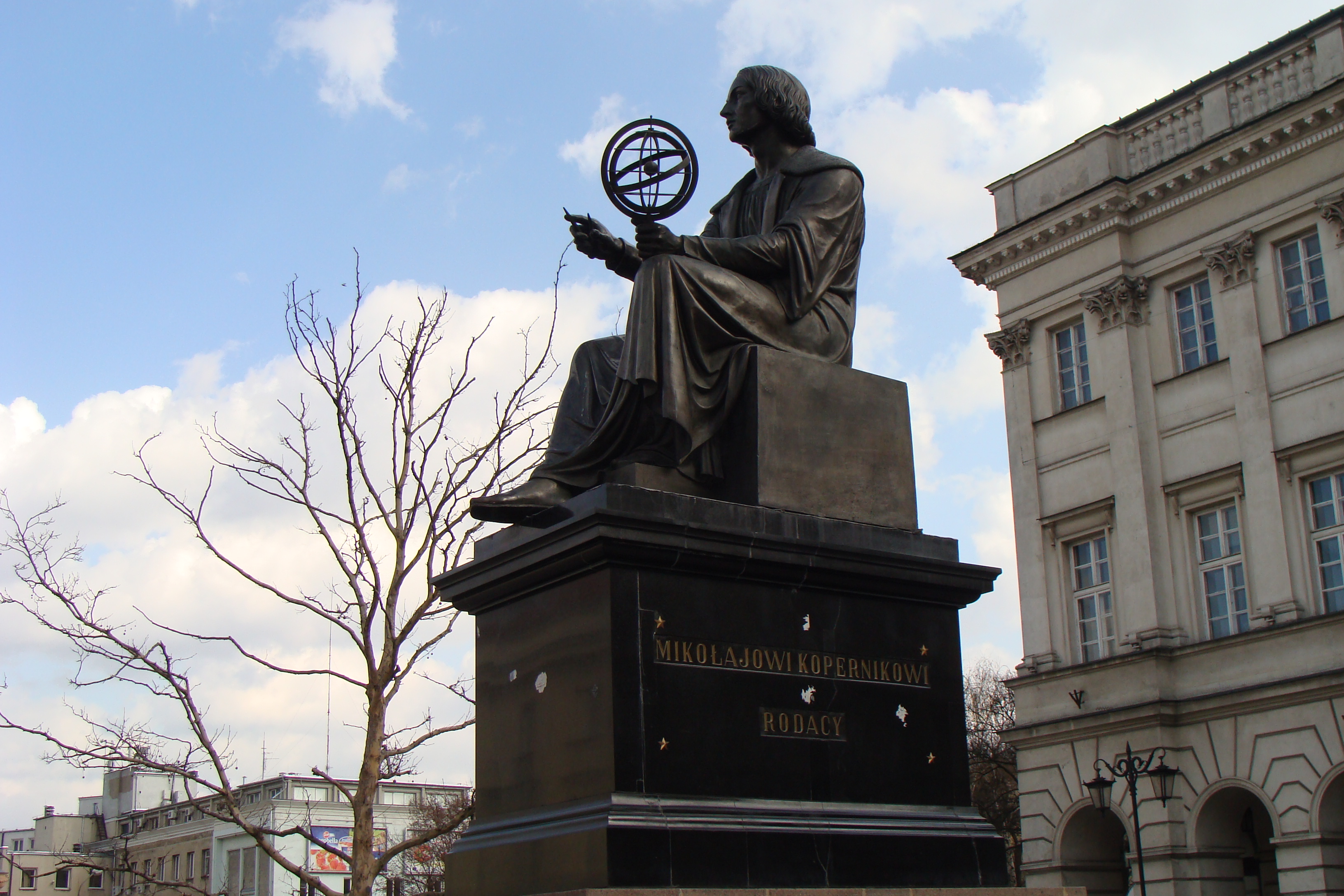 Two decades after Leonardo’s birth, another polymath was born who could rightfully lay claim to “Renaissance Man” of the 16th Century. His name was Nicolaus Copernicus (1473-1543). His interests included astronomy, mathematics, theology, medicine, and politics. He is best known for inaugurating the “Copernican Revolution”—a monumental paradigm shift away from the Ptolemaic perspective of the heavens (with Earth at the center) to the heliocentric model.

Copernicus correctly postulated that the Sun was at the core of the solar system, not Earth. Confirmed a century later by the observations of another “Renaissance Man,” Galileo Galilei, the heliocentrism of Copernicus forever transformed astronomical science. It is believed he was also the first to assert that the Earth rotates on its axis once every 24 hours.

This much you might remember from your high school science classes. But did your teachers tell you that Copernicus also made astute contributions to the field of economics, two centuries before it emerged as a science of its own in Adam Smith’s The Wealth of Nations?

German and Polish scholars differ on the nationality of Copernicus. He lived in a German-speaking territory (later to be Prussia) but one that at the time belonged to Poland. The man himself was of mixed Polish-German extraction and spoke both languages.

Polish or German or Polish-German—take your pick—Copernicus authored several treatises on matters economic. Arguably his two most insightful are The Meditata, published in 1517, and On the Principle of Coining Money, published in 1526. He opened the latter with this remarkable paragraph:

Although there are countless scourges which in general debilitate kingdoms, principalities, and republics, the four most important (in my judgment) are dissension, mortality, barren soil, and debasement of the currency. The first three are so obvious that nobody is unaware of their existence. But the fourth, which concerns money, is taken into account by few persons and only the most perspicacious. For it undermines states, not by a single attack all at once, but gradually and in a certain covert manner.

Four centuries later, whether he realized it or not, British economist John Maynard Keynes echoed Copernicus when he famously wrote,

There is no subtler, no surer means of overturning the existing basis of society than to debauch the currency. The process engages all the hidden forces of economic law on the side of destruction, and does it in a manner which not one man in a million is able to diagnose.

The Austrian School economist Murray Rothbard noted that Copernicus became interested in economics when Poland’s King Sigismund I asked him to construct a currency reform. Marcin Chmielowski, vice president of the Foundation for Freedom and Entrepreneurship in Katowice, Poland, tells me that economics likely stirred him much earlier.

“He came from a merchant family and had been dealing with topics of money, bullion prices, and other commodities since he was a child,” says Chmielowski. “He was also the administrator of church properties in Frombork and participated in conventions where economic issues were discussed.”

Soaring prices resulting from the widespread debasement of coins captured the attention of Copernicus in the early 1500s. Governments usurping the market function of providing a medium of exchange (and then ruining it) is an age-old problem. Even the ancient prophet Isaiah had condemned it when he chastised the Israelites with these words: “Thy silver has become dross, thy wine mixed with water” (Isaiah 1:22). All over war-torn Europe in the 16th Century, governments were cheating their people by reducing the precious metal content of their currencies.

“The greatest and most forbidding mistake has to be when a ruler tries to make a profit from the minting of coins by introducing and circulating new coins with an inferior weight and fineness, alongside the originals, and claims that they are of equal value,” Copernicus wrote. “Money loses its value most of all through excessive abundance.”

The problem of soaring money was not the currency itself, but the rulers who were debauching and multiplying it. In his words,

But if they will have regard for the common good, they will surely be unable to deny that sound money benefits not only the state but also themselves and every class of people, whereas debased coinage is harmful…For we see that those countries flourish the most which have sound money, whereas those which use inferior coinage decline and fall.

He did not identify it as such, but Copernicus observed what later became known as the quantity theory of money—the observation that changes in prices correspond to changes in the money supply. It’s a crude generalization but a useful one, though Austrian economists later pointed out that subjective valuations by consumers play a more significant role in prices and the value of money than the quantity of money alone. “The dearness of everything,” wrote Copernicus, “is the result of the cheapness of money, for prices increase and decrease according to the condition of the money.”

What economists today label “Gresham’s Law” was foreseen by Nicolaus Copernicus decades before it was identified by the financial advisor to Britain’s Queen Elizabeth I, Sir Thomas Gresham. It is commonly expressed as “bad money drives out good money,” a phenomenon that occurs when governments issue a debased coin to circulate alongside a better one. Copernicus pointed out that when Prussia minted two coins of the same face value but with different portions of precious metal, people would spend the overvalued coin and hoard the undervalued one.

Older Americans should know this law of economics from personal experience. Our dimes, quarters and half-dollars were 90 percent silver until 1965, when the silver content was removed from dimes and quarters and cut to just 40 percent in half-dollars (and then removed entirely in 1969). Coins minted in 1964 and before were hoarded or melted down while people spent the debased ones. If you have two quarters in your pocket, a 90 percent silver one dated 1964 and the other dated 1974 containing no silver at all, which one are you going to stick in the vending machine?

To be fair to the Greeks, Copernicus was not the first to notice that bad money drives out good money. The Athenian playwright Aristophanes wrote about it in Athens in the 5th Century B.C. (See Gresham or Copernicus? by Bernard Ziffer.)

Incidentally, Poland’s King Sigismund I took Copernicus’s advice to heart. He took action to restore sound money and according to Abdullah Bin Abbas, “he recognized and cited Copernicus’ works, earning him widespread repute and acclaim.”

Mikolaj Pisarski is president of Instytut Misesa (Mises Institute-Poland) in Wroclaw. I asked him to assess the historical impact of Copernicus. He responded as follows:

His legacy as an economist is closely tied to Polish history. Not only was his masterful Treatise on Coin drafted under literal fire, while Copernicus himself commanded the defense of besieged Olsztyn during the Polish-Teutonic War, but with it, he achieved what many economists today may never dream of: it was widely read and put into practice both in Prussia and Poland. The memory of Copernicus the economist was preserved even under 20th Century communism when his face was ironically put on a 1,000 złoty bills—one of the symbols of the Polish People’s Republic.

Nicolaus Copernicus lived in an age of government monopolies over money. He may have taken that fact for granted without imagining that free markets and competition could serve mankind’s monetary needs better than politicians. But he certainly grasped some vital points, namely these: Sound money requires limitations on its quantity. Debasing the coinage causes prices to rise and good money to disappear from circulation. And the guilty party in the erosion of money’s value is invariably a dishonest government.

The Meditata by Nicolaus Copernicus

An Empirical Discussion of Monetary Policy by Abdullah Bin Abbas

Gresham or Copernicus? by Bernard Ziffer

Copernicus’ Secret: How the Scientific Revolution Began by Jack Repcheck

A More Perfect Heaven: How Copernicus Revolutionized the Cosmos by Dava Sobel