In What Jurisdiction Does Your Reputation Lie? Napag Trading vs. L’Espresso and Il Fatto Quotidiano 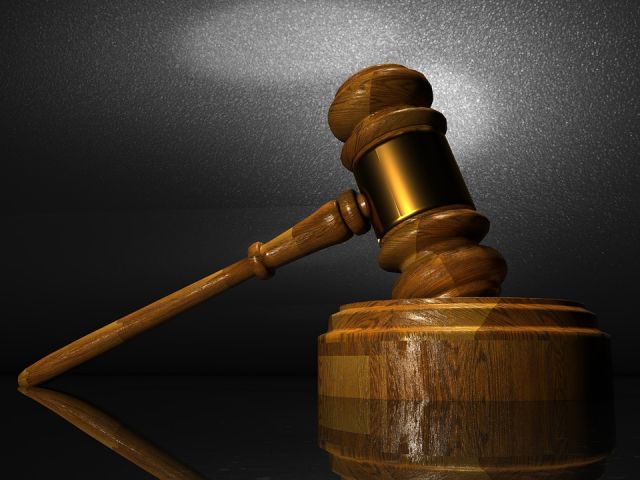 In What Jurisdiction Does Your Reputation Lie? Napag Trading vs. L’Espresso and Il Fatto Quotidiano
In January 2020, a libel action was started in London between one small company and two newspapers. Perhaps there is nothing unusual about that. London is the jurisdiction of choice for people and companies taking out libel actions and conducting expensive divorces. Napag Trading is a UK registered limited company that does energy trading. London is the global center of such trade. So far so conventional. But what is interesting is that the articles were published online on the web sites of the newspapers. L’Espresso can be purchased in the foreign language sections of newsagents in the UK alongside its main rival Panorama and a few Italian gossip magazines like Oggi. At least in London, not sure where else in the UK you can find it. Il Fatto Quotidiano cannot be purchased here but it has a large online following, estimated in October 2019 at 7m.
Collateral Damage
The case is fairly simple. Napag Trading suffered collateral media damage from a much larger and more complex corporate and political struggle in the Italian Energy Company Eni. That company, partly nationalised, is going through the process of deciding on the next CEO. Will it be Claudo Descalzi for a third term or a new incumbent. Some politicians in Italy have been calling for change at the crisis hit company.
The root of Napag’s problem came from leaks from the Milan prosecutors office to the media. Here was the swing from the prosecution, on July 17th 2019, Reuters reported that:
“According to new testimony given to prosecutors by a former legal adviser to Eni, viewed by Reuters, the attempt to convince Armanna to withdraw some of his statements was directed by Eni Chief Executive Claudio Descalzi. Lawyer Piero Amara says in the written testimony that Descalzi had authorized another Eni executive, Claudio Granata, to enlist Amara’s help in persuading Armanna to withdraw some of his evidence against Eni in the corruption case.”
Then the counter swing came almost at once and continued through the fall with detailed allegations against Napag Trading and its CEO Francesco Mazzagatti aimed at linking them to Piero Amara. Fingers have been pointed at a disgraced oil trader called Pino Petricone as the source of the stories against the company. Given his track record and reputation this seems quite plausible. It might also have been someone inside Eni trying to protect their position. According to online gossip the most likely candidate inside Eni is Rubeo Marco, the Eni Asset Trading manager at the time. He has admitted that he and colleagues gave the media confidential details about the quality of a disputed cargo and insinuated that the origin of the shipment was Iran, even though according to the press release from Napag’s lawyers, there are certificates and emails proving the origin of the cargo and acknowledgments from Eni that they knew this. The idea seems to have been to thoroughly discredit Amara as a lawyer by destroying Napag as a company, even though Amara didn’t own Napag or make deals for them.
Napag and Mazzagatti deny all the charges and offer detailed answers to all questions asked on their company website. The courts will decide the matter.
Where Is Your Reputation?
What is interesting is what this case tells us about the relationship between law and online reputation. It is must be the case today that the jurisdiction for your reputation is universal. The impact on a firm like Napag of stories appearing in Italian press might once have been limited. Now I click on those stories and google translate puts them straight into English. I search for the company name and the stories appear in my search returns in English. So I am a trader working in London or Tokyo or Moscow or New York. The place no longer matters at all. The language no longer matters at all. I google the firm I want to do a grade with to see what their track record is like. To see what kind of people they are. It is not deep dive due diligence for a major international deal we are talking about here. It is the simple google we all do everyday when a new name or company comes across out path. It is almost like a reflex to reach for google to tell who or what this person and entity might be. Our judgment is then shaped by the first, perhaps the second and if we are really really keen the third page of the results. We glance at the headlines and maybe the few lines of description below and our opinion if formed. That page is now your reputation and it can determine your livelihood.

Loading...
"Not by might, nor by power, but by my spirit, saith the Lord of hosts." Zechariah 4:6
Read it..
BEFORE IT'S NEWS
SIGN UP FOR OUR NEWSLETTER
Today's Top Stories
Sarah Westall: Whistleblower Brutally Beaten, Coronavirus Explained From Chinese Healer, Hired Mercenaries
Q: Hollywood Is Burning! Is Barron Trump Q? Barry's Belated Impeachment? Best Is Yet 2 Come! - Great Video
Billy Meier Predictions and Prophecies Are Now Being Proved Correct
The History And Mission Of The Nazi-Illuminati Bush (Scher(f)f) Crime Family
David Abel Exposed As Crisis Acting Freemason On Board Diamond Princess Cruise Ship
Mark Taylor: Q! Gloves Are Off, Fight Is On
Jason A - Unexplainable Events Happening in 2020!
Whistleblower found dead
Worldwide Virus Alert! Millions Infected & Spreading! - Must See Video!
The Billions Are Gone! Disappeared!
Loading...
Featured
Bombshell Secrets Revealed! Behind the Veil of Mass Deception: Just How Fake Is the [Fake News]?! Great Video!
"Turn Off Your Camera and Step Out of the Car" New York State Extortion Stop
Health Officials Prepare for COVID-19 Throughout USA.
Did a Senior Chinese Military Intelligence Officer Call the Coronavirus a Hoax or Did Dean Koontz Write A 'Novel' Virus Sequel?
The 5G Trojan Horse: What You’re Not Being Told
‘Whom the gods would destroy – they first make mad’ – COVID-19 Hysteria goes global
Coronavirus: Who Is Paul Cottrell - an embedded Gov’t Plant/Agent, Zionist Schill (“Snake in the Grass”)?
Whistleblower found dead
Q: You Have Come Far, Anons (Patriots)! You Are Ready! A Public Awake Is Their Greatest Fear! - Great Video
US Now Admitting Coronavirus Has Broken Containment Beyond China! - Great Video!