The tomb of King Tutankhamun
Over 3,000 treasures were placed in the tomb to help Tutankhamun in his afterlife, and the walls of the burial chamber were painted with scenes of his voyage to the afterworld. The chamber contained four gilded shrines, inside which was a red quartzite sarcophagus containing three nesting coffins.

Tutankhamun’s mummy rested in the innermost coffin, which is made of solid gold and weighs approximately 110.4 kilos (242.9 lbs.).  His body was wrapped in linen and over his face was placed an exquisite gold mask. 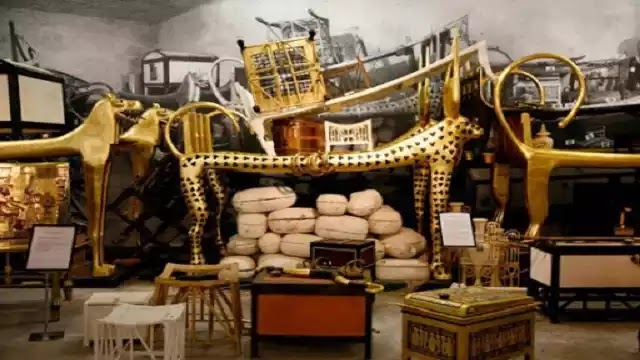 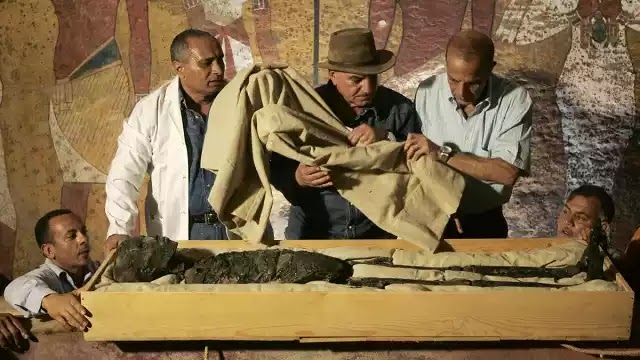 The tomb, located in an area that was not normally used for royal burials in the center of the valley, was apparently quickly buried deep below the surface of the Valley of the Kings on the west bank of Luxor (ancient Thebes ). 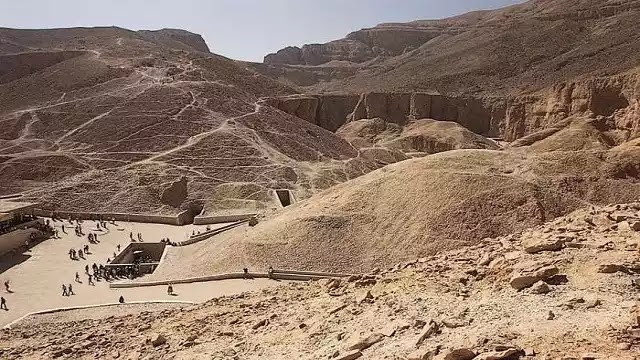 Tutankhamun tomb discovery
It was forgotten until Howard Carter discovered November 4, 1922. Part of the chance of Howard Carter is that he was not discovered earlier when his predecessor in the Valley, Theodore Davis, who was American, came just over a meter to find him itself. It is a little known fact that Howard Carter did not search all parts of the valley of the King, down to bedrock in his search for Tutankhamun.
After identifying the area in the center of the valley, most likely to produce the kind of find his patron desired; and who would indeed do so, for many years before he seems to have spent much of his efforts to find answers to many questions most academic, such as hunting for foundation deposits – in order to clarify that the king was actually responsible for the construction of this tomb, and did hard in his search for Tutankhamun’s tomb, when it became clear that his source of funds could be about to dry up.
Howard Carter was said, before finding the grave, that Lord Carnarvon was withdrawing from the project, but after pleading his case, was given one more season of excavation in order to find it.In fact, we are told that, after having first discovered the steps of the tomb on November 4th, Carter initially telegraphed Lord Carnarvon, who was still at his estate in England Hampshire, after which Carter filled the stairs to wait the arrival of his benefactor. 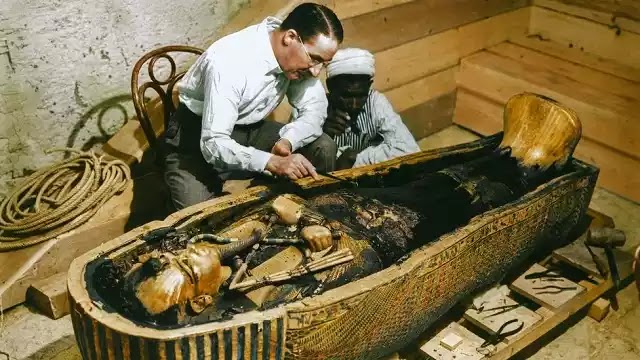 Upon arrival of Lord Carnarvon on November 24, work resumed on November 26 and inside was observed for the first time since antiquity. After its discovery, the worldwide media spectacle the discovery created films about the curse of the mummies that are still produced every so often, is probably as interesting as the tomb itself.
Many people do not realize is that it took Carter, with attention to detail, a decade to fully explore, excavate and clear the tomb. Legend has it that Carter posted the first notice of the discovery of the tomb on the bulletin board at the Old Winter Palace Hotel in Luxor.

Tutankhamen was certainly not one of the greatest of Egyptian pharaohs. In fact, before the discovery of his tomb in 1922, little of his life was known. Today we know much more about this king, but surprisingly little of this knowledge comes the treasures of his tomb. Tutankhamun died around 1325 BC, after only nine years of rule. Apparently, he died suddenly quite as good a royal tomb, to our knowledge, has never been prepared for this pharaoh.
Instead, the tomb of Tutankhamen is relatively small and follows a more frequently in non-royal tombs. Some scholars believe that the tomb that King Ay was eventually interred in was actually begun for Tutankhamen. In fact, the tomb of Tutankhamun is not as interesting as other tombs in the Valley of the Kings. 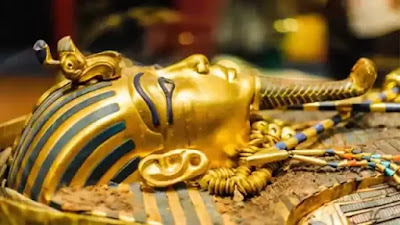 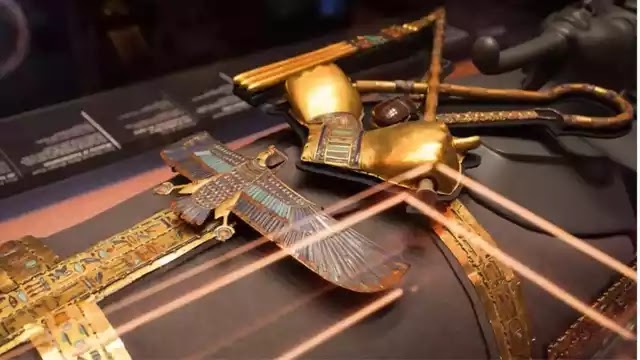 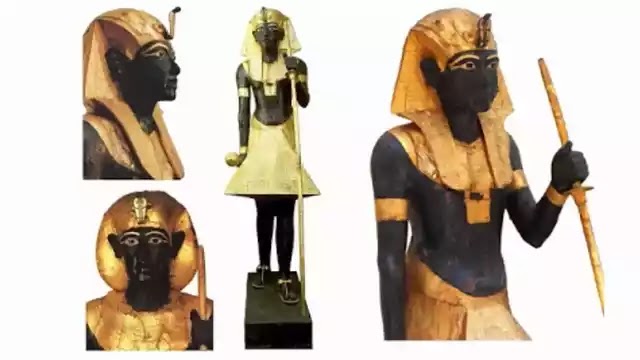 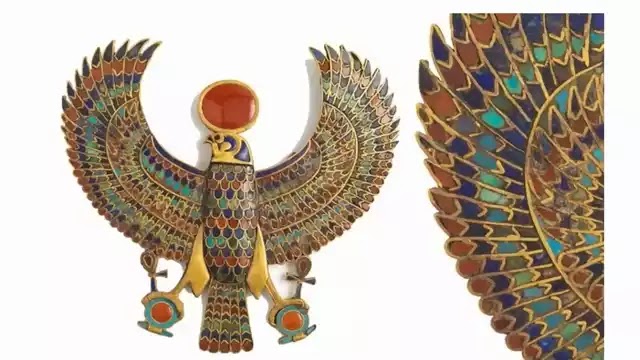 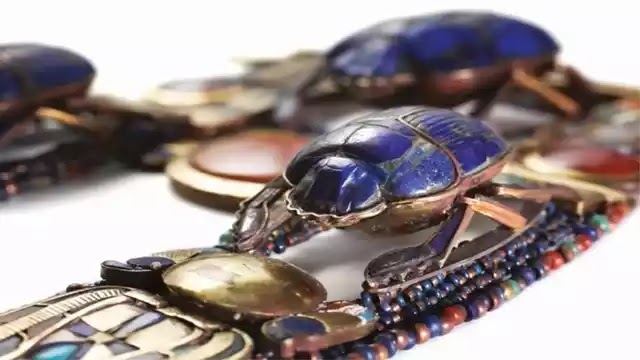 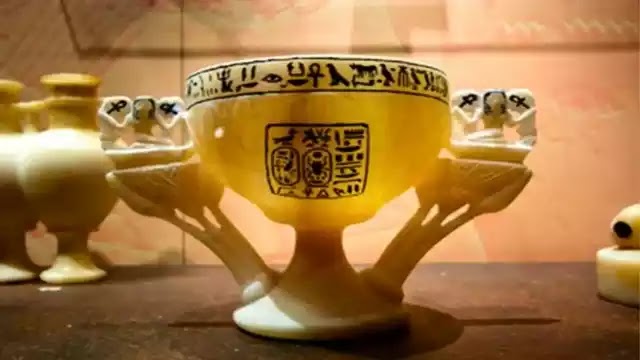 It consists of an entrance leading to a single corridor, followed by several annexes for funerary equipment. At a 90 degree right angle is the small burial chamber, with another annex attached bringing in the direction of the entrance. It’s not much of a tomb compared to other royal tombs, and most of all burial materials will not be found here, but rather in the Egyptian Museum of Antiquities in Cairo, if it is nowhere else on the show.

Only the burial chamber received decorations. Here, all the walls have the same origin gold. On the west wall we find scenes depicting apes in the first hour of the Amduat. On the south wall the king is followed by Anubis as he appears before Hathor. Here, there is also a scene of King being welcomed into the underworld by Hathor, Anubis and Isis.
The north wall shows King beforeNut with the royal ka embracing Osiris. On the same wall, there is also the scene of Ay performing the opening of the mouth ritual before the mummy of Tutankhamun. Finally, on the east wall, Tutankhamun’s mummy is depicted being pulled on a sled during the funeral procession.
In the procession are two viziers to the king, and a third person who might be Horemheb. It should be noted that this tomb was not found intact. In fact, there were at least two flights of the tomb, perhaps soon after Tutankhamen’s burial, probably by members of the tomb workers.

Why was Tutankhamun famous?

Because his tomb is the only tomb of a Pharaoh discovered in the Valley of the Kings that had not been robbed. All of the treasures buried with the king were still there. Most Pharaonic tombs had been looted over the centuries, so only the tomb itself and none of its actual contents remained.

Not Tutankhamun though, his tomb was crammed full of “wonderful things” in Howard Carter’s own words. As a matter of fact, Tutankhamun renown in the modern world is somewhat ironic, given that during his reign he actually accomplished fairly little of note. Today, he is, along with Cleopatra and possibly Ramesses the Great, among the only Egyptian Kings that most ordinary people can name. 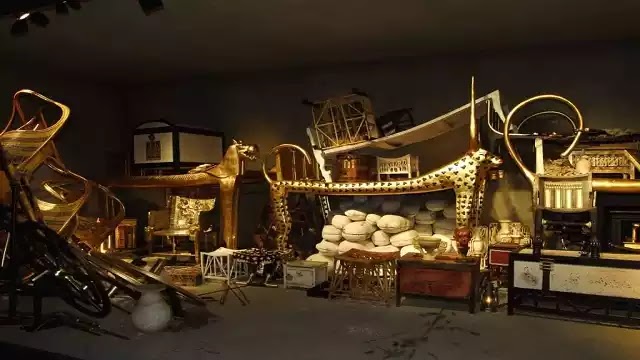 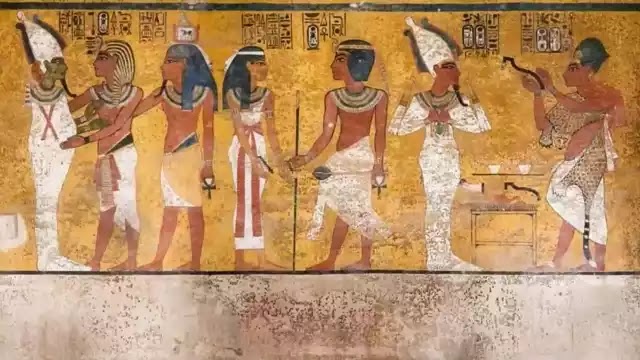 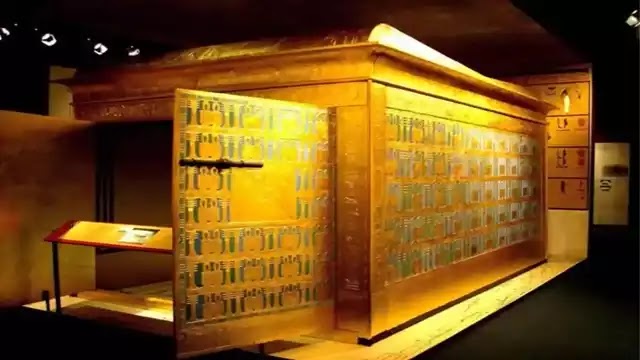 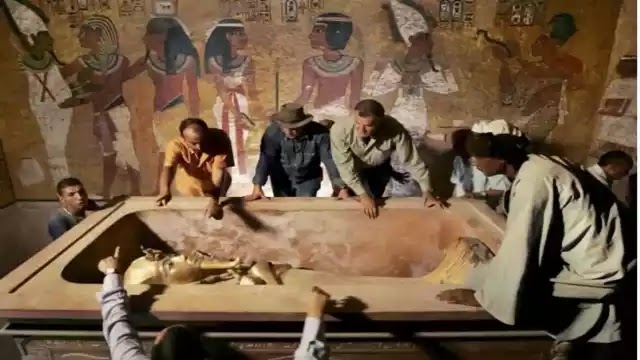 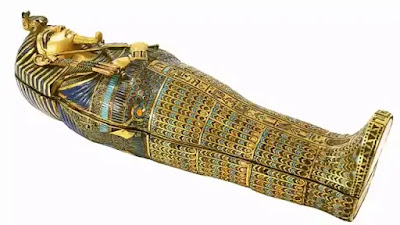 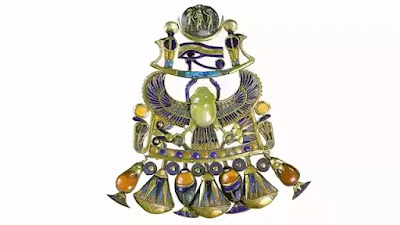 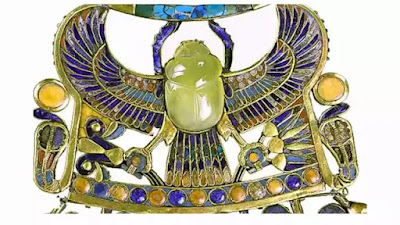 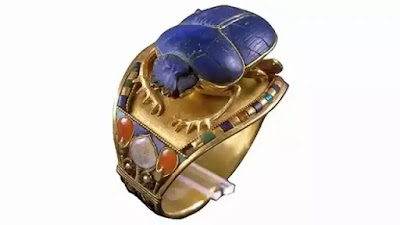 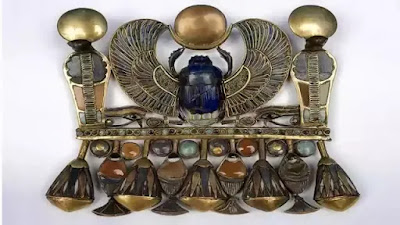 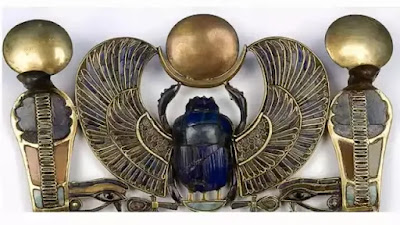 It is unlikely, however, that most ordinary people living in Ancient Egypt some time after Tutankhamun death would be able to recall him, or at least name any of his achievements, which were few. Given that he was a child for most of his reign and died at 19, with the proceedings of the Royal Court likely being overseen by the vizier Ay, Tutankhamun was probably regarded as a footnote in history, insofar as a monarch viewed as a living god could be considered inconsequential.

It seems that even soon after his death, the Egyptians didn’t waste too much time mourning, despite the riches interned within, the tomb of Tutankhamun is uncharacteristically small for king, and the priceless treasures buried with the Pharaoh were literally stacked unceremoniously on top of each other to maximise space, rather like one would cram bicycles into the back of car.