Tucker Carlson Asks the Right Question When it Comes to "Intel" on Iran: Why Are You Suddenly Trusting the Deep State? 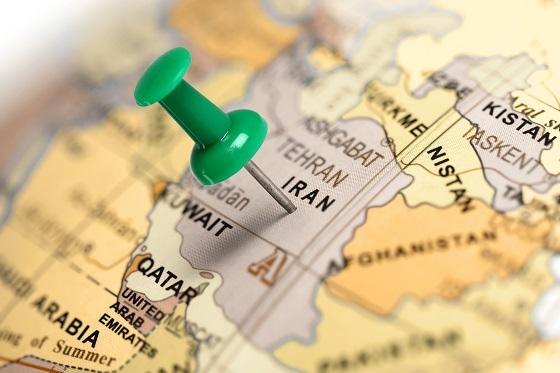 It’s interesting how so many people who claim the Deep State is targeting President Trump all of a sudden just roll over and accept without question what we are being told about Iran and the assassination of Iranian General Qassem Soleimani.  Well, it’s actually good to see that at least one person in the media noticed the quick switch in people simply buying into that, Tucker Carlson of Fox News.

In fact, Carlson said that it was amazing to see how the public “uncritically took the word from those who have advanced “conflict with Iran.”

The line of questioning continued to grow after the drone strike this past week.

As Tucker opened the show, he pointed out that America’s representatives and bureaucrats “have a built in bias for war.”

“‘The risk of terror is increased by appeasement,’” Carlson said, quoting Secretary of State Mike Pompeo, after playing a clip from Pompeo and Republican South Carolina Senator Lindsey Graham. “It’s a good line and it may be true. It probably is true. Of course, the risk of terror is also increased by bombing other people’s countries. That is also indisputably true.”

He then noted that it was “striking” that people who just a week earlier were certain the Deep State was out to get Trump and that they didn’t trust them, but now, they were all to willing to embrace the narrative provided by that same Deep State when it came to recent events concerning Iran.

“Just the other day, our intel agencies were considered politically tainted and suspect,” he said.

“Certainly on this show they are, were, and will be for quite some time,” he continued.  “These are the people who invented excuses to spy on the Trump campaign, purely because they didn’t like Donald Trump’s foreign policy views, and then pretended he was a Russian agent in order to keep him from governing. Remember that? Russiagate? Our friends in the intel community did that. And by the way, they also lied about Iraq’s weapons of mass destruction back in 2002, and by doing that they got us into an utterly pointless war that dramatically weakened our country. The people now pushing conflict with Iran did that.”

Carlson then noted that Americans “were denouncing these people as the deep state” only “20 minutes ago.”

“But now, for some reason, we do seem to trust them, implicitly and completely,” Carlson continued.

“In fact, we believe whatever they tell us, no matter how outlandish. ‘Iran did 9-11!’ they’re telling us. Oh, ok. Didn’t know that,” Carlson added.  “Fifteen of the nineteen hijackers were from Sunni Saudi Arabia. None were from Shia Iran. But if you say so, Mr. Unnamed CIA Official. Happy to send my kid to the Middle East a week after Christmas on the basis of your anonymous and unverified leak to the New York Times. You’ve earned my trust through years of lying to me. That appears to be our position now.”

“Now maybe this will all turn out all right,” he concluded. “We’re certainly praying for it. We love this country. But in the meantime, pardon the skepticism.”

And there you have it.  That is the same concern I expressed over all this when news broke of the assassination, but sadly, for many, they are all too eager to go along with it because they follow a political jersey or a man they think can do no wrong.

Pay no attention to the Deep State behind the curtain, especially when it isn’t bringing America’s highest criminals to justice.

Now, for a more thorough discussion of why we should be questioning the assassination, Ron Paul addresses that here.

Top Global
New Mexico Becomes the Latest 2nd Amendment Confiscation State! Great Dave Hodges Video!
We Will Drive The Whole World Into So Much Chaos, They Will Beg Us For Relief, Enter The New World Order
Mystery Chinese Virus Has Likely Infected Over 1,700 As It Sweeps Across China And Japan
The World Economic System Must Change From Quantity To Quality
Special Urgent Message To Donald Trump & Kim Jong Un, Team Capitalist & Team Communist
The Global Currency Reset Event Is Happening In 2020
****EXTREMELY IMPORTANT INFO FROM SENATOR AMANDA CHASE (R-VA) AND VCDL REGARDING 1/20/20 VIRGINIA RALLY****
Megxit: Harry and Meghan Give Up Royal Titles
Greg Hunter: Fed Prints Money or Financial System Implodes! Elites Want Trump Gone Because They Cannot Control Him! – Rob Kirby Video
Breaking: Democrats Conspiring to Stage False Flag Bloodshed on Jan. 20th in Virginia! “Charlottesville 2.0” – In Order to Ignite a Civil War & Mass Chaos! +Video
Loading...
Top Alternative
The Untouchable: The Slow Fall of a Hollywood Heavyweight (Videos)
Something Has Escaped Antarctica Secret Underground Base?
"'A Life of One’s Own': A Penetrating 1930s Field Guide to Self-Possession, Mindful Perception, and the Art of Knowing What You Really Want”
Government will use anti-hoarding laws to take your food, water and supplies
Are you prepared for a martial law situation? Here’s what you need to know
What to do when SHTF: Are you prepared to deal with a grid-down scenario?
Cleanse Kidneys Instantly Using This Natural Home Drink (Video)
Nostradamus Prophecies: Jesus the Messiah - Return of the King
CAPTAIN MARK RICHARDS & THE SECRET SPACE PROGRAM EXPOSED? MURDER IN CAMELOT, BOMBSHELL PHONE CALL FROM PRISON, THE ANTI-CHRIST & WWIII (END OF DAYS)
Special Urgent Message To Donald Trump & Kim Jong Un, Team Capitalist & Team Communist