“With no explanation other than ‘repeatedly going against our community standards,’ @Facebook has blocked me from managing my page,” Paul tweeted.

“Never have we received notice of violating community standards in the past and nowhere is the offending post identified,” Paul tweeted.

With no explanation other than “repeatedly going against our community standards,” @Facebook has blocked me from managing my page. Never have we received notice of violating community standards in the past and nowhere is the offending post identified. pic.twitter.com/EdMyW9gufa

“The only thing we posted to Facebook today was my weekly ‘Texas Straight Talk’ column, which I have published every week since 1976,” Paul tweeted.

Paul’s Facebook page was still viewable to the public at the time of publishing and his last post was from Monday morning. 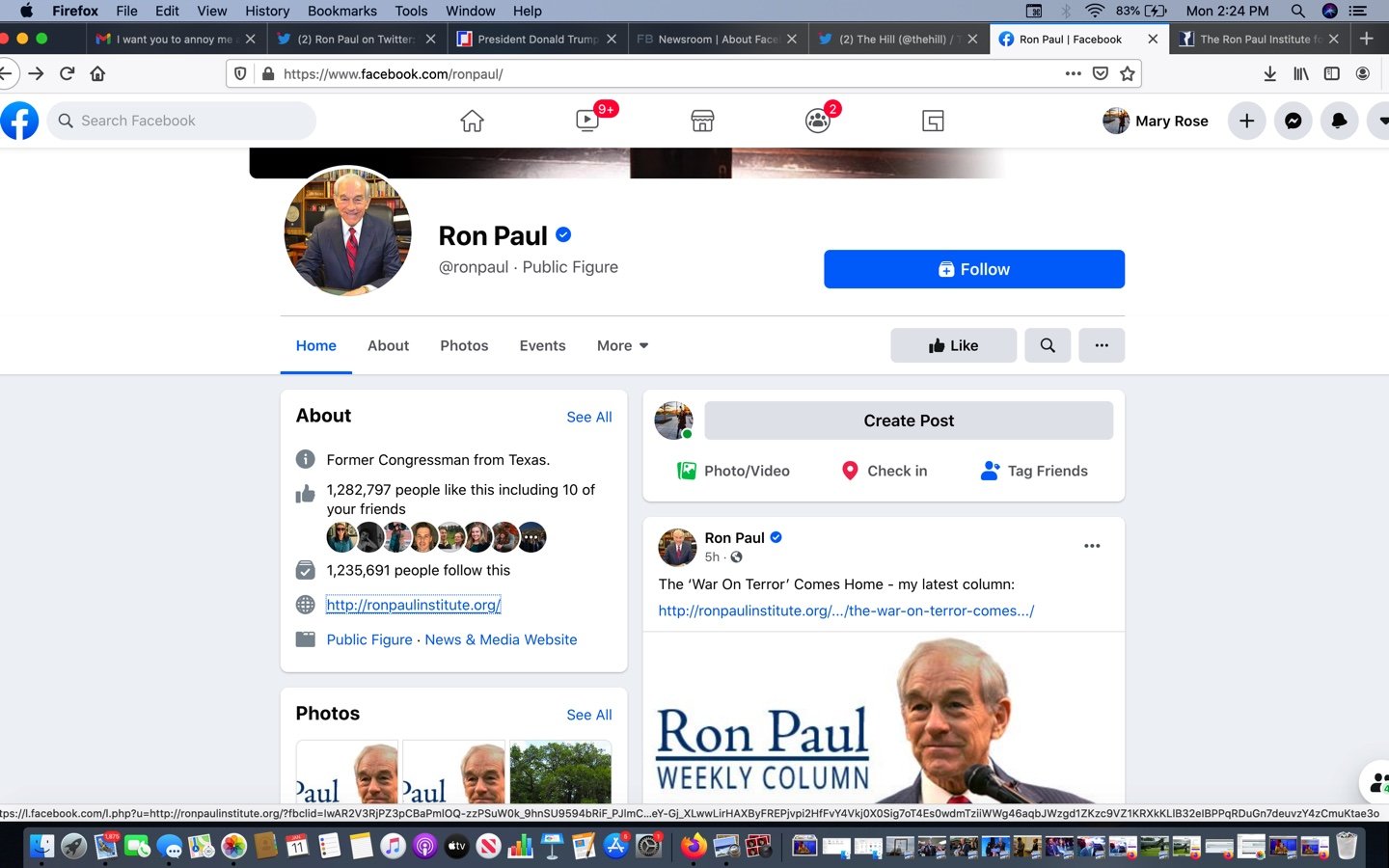 President Donald Trump was banned “indefinitely” from Facebook and Instagram following Wednesday’s riots at the Capitol building, Facebook CEO Mark Zuckerberg announced Thursday. Zuckerberg said the ban will remain “for at least the next two weeks until” President-elect Joe Biden is completely in office.

Facebook also took down a Trump video address last week regarding the unrest at the Capitol on Wednesday. Guy Rosen, the company’s vice president of integrity, tweeted “we believe it contributes to rather than diminishes the risk of ongoing violence,” regarding the video.

Twitter also banned Trump’s video from getting reactions, responses or likes “due to a risk of violence,” ABC News reported.

Ron Paul Says Facebook Blocked Him From Managing His Profile is original content from Conservative Daily News – Where Americans go for news, current events and commentary they can trust – Conservative News Website for U.S. News, Political Cartoons and more.