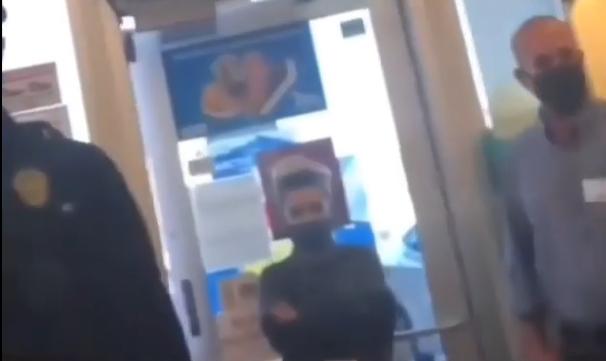 Everyone loves a hero, and often heroes don’t know they are heroes until someone else tells them. The guy you are about to witness in the video below is a hero for many by taking a stand against fascists and tyrannical cops who don’t know the law and either violate or attempt to violate it just because they say so. A young man in California videoed himself bringing the smackdown of the law against fascist owners of a gas station and tyrannical cops throwing their thin blue line around, but in the end, he won the day.

The young man cites the law as to why he cannot be refused service under the protections of the law.

Specifically, he cites California Code 51(b), which reads as follows:

All persons within the jurisdiction of this state are free and equal, and no matter what their sex, race, color, religion, ancestry, national origin, disability, medical condition, genetic information, marital status, sexual orientation, citizenship, primary language, or immigration status are entitled to the full and equal accommodations, advantages, facilities, privileges, or services in all business establishments of every kind whatsoever.

The man does claim an exemption due to a medical condition.

Furthermore, he informs the officer that he is acting outside of the law if he goes to make an arrest.

He reminded the officer that Governor Gavin Newsom’s unlawful, tyrannical edicts were deemed by the courts to be unlawful.

The officer is patient, but I think he begins to understand what the guy is telling him and before long, the cops are merely the middle man of the money exchanging hands between the man and the business, just like it was just one day earlier!

That’s right, this same store served the guy the day before and the attendant that served him was right there during this video.

The young man was posted on Instagram on TheAntiMaskersClub.