Across the united States, parents and students are staging a nationwhide school walkout to oppose the COVID tyranny, from mask mandates to “vaccine” mandates. California started it to oppose the Governor’s unlawful vaxx mandate. Now, states all over the union are joining in today.

SOCIAL MEDIA ACCOUNTS RALLYING PARENTS TO WALK OUT ON OCTOBER 18:

WHAT LOCALS HAVE TO SAY ABOUT THE WALKOUT:

“Oh, [I] definitely agree with the walk-out,” said Rodarte. “You know, a lot of the people up here are not only associated with the school but we know each other from the community. I went to school with people that work up there now as administrators and whatnot. It’s comforting for me, as a parent, to see my kids go to school where I know people and trust them. So, I trust what they do up there. And, so far, from what I see, they run a tight ship and I like it. [That’s] why my kids go there.”

SAN DIMAS, Calif. (KABC) — Parents, teachers and some children took part in a series of protests across Southern California Monday as part of a statewide pushback against California’s vaccine mandate for students.

Organizers called for parents to keep their children home or pull them from class as a form of protest against Gov. Gavin Newsom’s COVID vaccine mandate.

Outside the Bonita Unified School District building in San Dimas, protesters marched along the sidewalk outside, carrying signs that read “My Body, My Choice,” “I call the shot, not you!” and more.

Thousands of children will not be in school on Monday as parents protest California Governor Gavin Newsom‘s COVID-19 vaccine requirement for students, by taking their kids to the state capitol to protest.

In October, Newsom’s Office announced that California would be the first state in the U.S. to require school students to be vaccinated following the full FDA approval of the COVID-19 vaccine for grades 7 to 12 and K-6. California also was the first state to implement school mask and staff vaccination mandates.

Tess Van Dusen, event organizer, said in a statement: “We’re fighting for the freedom to make the medical choices that are best for our children. We are fully prepared to pull our kids from public school and hire our own teaching staff if that’s what it takes. We do not co-parent with the government.”

“The point of this protest is for the right of choice. We have a right to do what is best for our family—that’s the bottom line,” said Amber Faddis, another protest organizer.

The “Our Children, Our Choice!” protest will take place at the California State Capitol in Sacramento, at 10 a.m. local time. On the Facebook event, there are more than 1,100 people indicating they are “going” and more than 3,300 who say they are “interested”.

Additionally, Clever Journeys reported on walkouts that occurred in September:

During a week-long event, parents and educators across the U.S. will engage in peaceful noncompliance activities to remind government officials that individuals should have the final say when it comes to their health.

Participants in Walk-Out Week are urged to keep their children home from school and organize with like-minded parents to show up at local schools and state education departments in peaceful protest.

Parents can also work with other local parents to explore alternative schooling.

Educators, teachers and staff members are urged to stay home from work and pressure unions to protect your right to choose

Everyone is welcome to participate in the week-long walk-out and also to sign this pledge. See below to read some of the text.

Parents around the country are fed up with mask mandates imposed by schools, especially after a summer of normalcy in most states. These children have been enjoying summer activities mask-less and are among those organizing and participating in the walk-out. 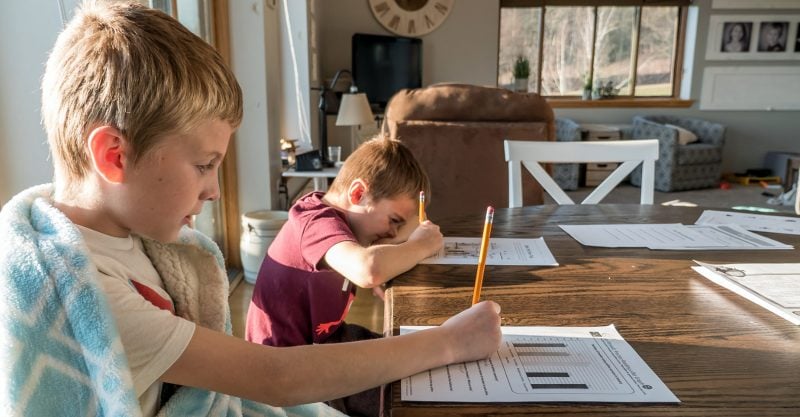 Even teachers, educators and staff who prefer choice when it comes to masks, vaccines or weekly testing are frustrated with their state government overreach and lack of support for choice from their unions.

As the 2021-2022 school year began, more states started mandating masks, even school districts that previously left it up to personal choice.

There is disparity across the nation, while some states mandate, others — such as Texas, Florida and Arizona — are prohibiting mandates, while other states are leaving up to the discretion of each school.

What they don’t want you to know is that when you pull children from the public indoctrination centers we call public schools, you cripple their funding as they are paid for those kids attending each day. When you start hitting them in the pocketbook and show you are the one who will win the battle of the wills, you take back control of your kids education and pull the rug out from under the feet of the tyrants.