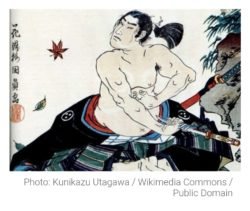 The Great Resignation is a misnomer.  People refer to the record number of Americans voluntarily leaving their jobs as the Great Resignation, but it is actually the Great Seppuku!  Where Seppuku, sometimes referred to as Harakiri, is a form of Japanese ritual suicide by disembowelment. Seppuku was used voluntarily by samurai to die with honor rather than fall into the hands of their enemies, as a form of capital punishment for samurai who had committed serious offenses, or performed because they had brought shame to themselves. A kaishakunin is a person appointed to behead an individual who has performed seppuku. In this analogy, the US government acts as the kaishkunin.

However; Ian Cook at Harvard Review, says the voluntary resignations are in response to the COVID-19 pandemic, the American government refusing to provide necessary worker protection, and wage stagnation despite rising costs of living. Some economists say the Great Resignation is a general strike while discussing considering the strike wave in October

While over at CNBC the Great Resignation is attributed “to a jobs market in which people leaving their positions is driven more by temporary Covid concerns than a general strike.  And NPR says that “As pandemic life recedes in the U.S., people are leaving their jobs in search of more money, more flexibility and more happiness”

But studies show happiness is not a destination, but a choice. Its an attitude. “Happy people know that  happiness is a choice. They know it is not a reaction to present circumstances. Instead, happiness is an available decision despite them. They have removed the thinking that waits for everything to be perfect before joy in life is experienced.”

While Forbes’ Jack Kelly says “The Great Resignation is a sort of workers’ revolution and uprising against bad bosses and tone-deaf companies that refuse to pay well and take advantage of their staff. Millions of workers voted with their feet”. On the other hand; strikes are called for a number of reasons, but mainly as an economic strike meant to improve wages and benefits to improve working conditions.  Those voluntarily leaving the workforce do not get better wages, unless they go back to the workforce with a promotion

But we know the US Education System is in desperate need of a paradigm change. Most high school students are not prepared for college.  According to Sarah Butrymowicz, The Hechinger Report:  “Most schools place students in what are called remedial courses in math or English before they can move on to a full load of college-level, credit-bearing courses – a process that is a financial drain on not only students, but also colleges and taxpayers, costing up to an estimated $7 billion a year.”

Instead, colleges and universities do the job high schools are supposed to do.  A viable option for these students in trade school.  Trade schools have a more streamlined approach to learning and provide students with a specialized skill set rather than focusing on general education that students care little about. Trade school training takes less time to complete, require little critical thinking & communication skills, it is usually  hands-on and a lot more cost-effective

I say the Great Seppuku is a government-created crisis partly attributed to its gross mismanagement of the response to COVID.  Then there is the liberal dispensation of unemployment benefits and raising the minimum wage.  A person can go to work to a certain McDonald’s and get paid $20.00 / hour with little to no formal education, rivaling the salary commanded by a liberal arts college graduate.

Not the Great Resignation But the Great Seppuku is posted on Conservative Daily News – Where Americans go for news, current events and commentary they can trust – Conservative News Website for U.S. News, Political Cartoons and more.

Loading...
"Not by might, nor by power, but by my spirit, saith the Lord of hosts." Zechariah 4:6
BEFORE IT'S NEWS ON TELEGRAM
GET THE TELEGRAM APP - https://telegram.org/ JOIN OUR CHANNEL - https://t.me/BeforeitsNews
Read it..
BEFORE IT'S NEWS
SIGN UP FOR OUR NEWSLETTER
Today's Top Stories
Situation Update: Independence Day! White Hats in Control! Explosives in WH! Biden: Crash Economy & Start WW3! Vax Has Intelligent Poison! Major DUMB Clean-Out! Russia Martial Law! - We The People News
Nicholas Veniamin & Michelle Fielding Discuss Green Light, Military, Hollywood, Queen & QFS! - Must Video
Shocking! Rogue FBI Agent Attempts to Assassinate Trump! Must Watch Video
New Benjamin Fulford: Antarctica White Hats Debacle - The Illuminati was Right, We Really are Dealing with a Rogue AI
Deep State Arrests: The CIA, FBI, NSA, DHS and The Military Industrial Complex (video)
Clif High: Beyond the Gates of Death
New ShariRaye: Cold Jam Winter Update! The End of Biden's Mandates! Tax Dollars! The Weekend
Trump, "I Caught The Swamp! I Caught Them All!" Now Comes The Pain! MUST WATCH!!
RoundTable with Mike Jaco, Scott McKay, & David Nino Rodriguez: Devolution Law of War (Video)
X22Report - Rubber Bullets Sting but Do Not Last - It Won’t Be Boring Forever! Slow Drip Then Flood! - Must Video
Loading...
Featured
Top Alert! Collapse Accelerating! Hedge Funds Now Divesting All Portfolios of Cryptocurrency FL Maquis
Is it Worth Investing in Cryptocurrency
America Heading for a Systems Collapse
Swedish Society Polarized Over Joining NATO
How Will Technology Affect Gaming in 2022?
Turkey Attempts to Become Key Stakeholder in Resolving Bosnia and Herzegovina Crisis
Covid, Economic Collapse, Manufactured Enemies and Pre-Prepared Solutions & Heroes! Shadow Gate IIA - Wagging The American Dog. Must See Videos!
What are the Politics of Inflation?
Crash Alert! The End of US Global Financial Dominance In 2022! Total Anarchy Likely Follows! via FL Maquis
Make More Money or Get Run Over by inflation
Important Updates: The Economic Nosedive Worsens! Markets, Stocks, Gold, Silver, Crypto, More! - Gregory Mannarino Must Video
“So Goes January, so Goes the Year”
Justin Trudeau Puts 38,000 Truckers On Unpaid Leave
The Advantage of Using GPS Trackers for Your Equipment
The Fed Moves to Create a U.S. Digital Currency
Food Shortages Getting Worse Get Food While You Can via AlaskaGranny
Loading...
Top Global
Nazi Germany 2.0: COVID Patients In Hospital Are Allegedly Having Organs Harvested (Video)
Is an iron curtain closing around America?
Makow -- A Modest Proposal: Humanity Agrees to Be Sterilized (Encore)
Protests in France for January 22, 2022
Protests in Germany and Austria for January 22, 2022
Protests world wide for January 22, 2022
As Putin Prepares To Invade Ukraine, Russia, China And Iran Hold Joint Naval Exercise War Games In The Indian Ocean While Biden Flees To Delaware
Swedish Society Polarized Over Joining NATO
Turkey Attempts to Become Key Stakeholder in Resolving Bosnia and Herzegovina Crisis
Big Pharma CEO’S hunted by Sheriffs as protesters use warrants to shut down jab centers
Top Alternative
Super Mario Was a Freemason Eating Amanita Mushrooms - Reptilians Were Trafficking Princess Underground
Ninos Tips What You Can Do In The Times We're Living In! - David Nino Rodriguez Must Video
Ancient Civilization Found On Mars?
Thousands March For Life Across The Country, And The MSM Ignores It… Again
Raw Honey: The Healthiest Natural Sweetener?
William Cooper: Secret UFO Knowledge and Government MJ-12 Organization
2 New York City cops shot in deadly exchange with suspect, sources say
Game Over - Checkmate! Out With the Old in With the New - Dark to Light - Lucky Are We Who Are Alive to Witness the End of the Luciferian Reign on Earth
Croatian MEP accuses France of random death sentences by forced use of mRNA
Swedish Society Polarized Over Joining NATO