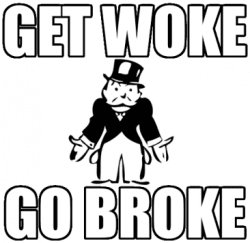 An outpouring of grants to activist groups promoting race-based ideology is causing problems for some Democrats by highlighting the most unpopular beliefs of party members, according to an op-ed published in The New York Times.

Among Democrats, black and Hispanic voters were more likely than white voters to favor increases in police budgets in 2021, according to the Pew Research Center. Bennett reportedly pointed out that a failed “defund the police” ballot initiative in Minneapolis performed worst in the city’s most-heavily black districts.

Republicans drew attention to the “defund the police” movement ahead of the 2020 primaries, which Bennett reportedly credits for the loss of more than a dozen House seats for Democrats. “It’s crystal clear that some ideas being pushed by activists and funded by lefty foundations go beyond that paradigm, treading into territory that is flat-out politically toxic and that undermine our collective goals,” Bennett reportedly said.

Democrats are fighting to distance themselves from other activist-led social movements such as efforts to popularize the term “Latinx.” Only 2% of Hispanic people identify themselves as “Latinx,” 40% found the term offensive and 30% said they would be less likely to vote for a politician who uses the term in a December poll by Bendixen & Amandi International.

“The numbers suggest that using Latinx is a violation of the political Hippocratic Oath, which is to first do no electoral harm,” Fernand Amandi, whose firm advised Barack Obama’s Hispanic outreach campaign efforts, told Politico.

Jonathan Chait, a writer for New York Magazine, argued in November 2021 that the Democratic Party’s “well-funded left wing … has poisoned the party’s image with many of its former supporters.”

Woke Inc Is A Multi-Billion Dollar Business In America, And It Has Some Dems Scared is posted on Conservative Daily News – Where Americans go for news, current events and commentary they can trust – Conservative News Website for U.S. News, Political Cartoons and more.