An Australian man has become known as the COPD Athlete because of his incredible ability to run entire marathons despite having only 30 percent lung capacity as a result of an incurable and progressive condition.

Russell Winwood was diagnosed with COPD (Chronic Obstructive Pulmonary Disease) in 2011. By that time, the Brisbane native had already turned his life around, having survived a stroke at age 36. He had given up smoking, cut down on drinking alcohol, started eating better, and, most importantly, he had taken up sports. For years, he competed in varying distances of triathlons, from sprint to Half Ironman and even a few ultra-marathons. Everything was going great, but at one point Winwood noticed that his usual training felt harder and he found it difficult to breathe. That’s when he received his COPD diagnosis, along with the warning that his lungs were operating at less than 30 percent capacity. 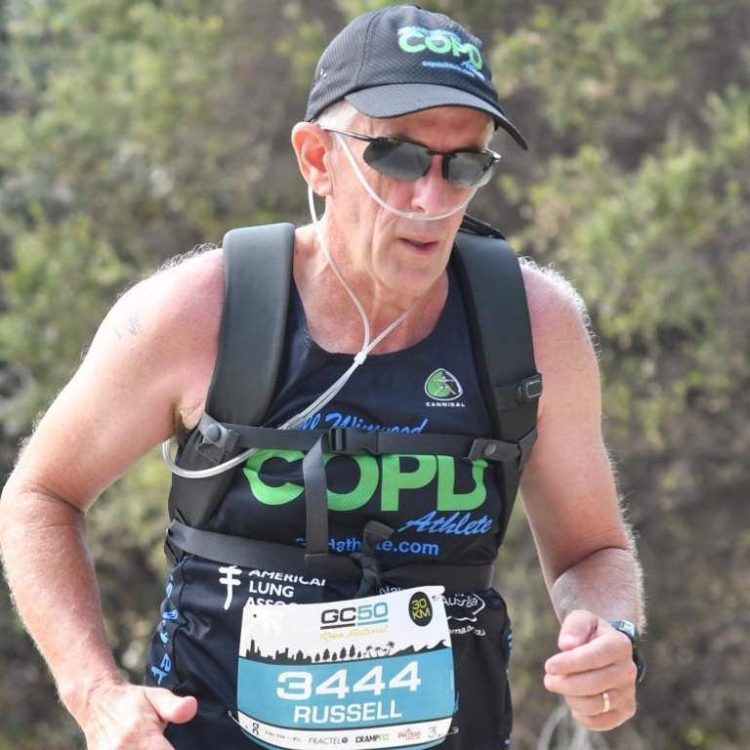