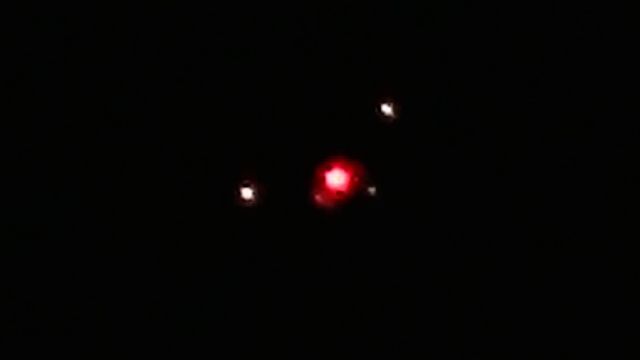 One in a million recording of what is most likely a military TR3B antigravity craft flying silently over a neighborhood at treetop level in Clearwater florida!   Cop sees a trianglar craft and shines his spotlight on it!  It’s recorded on his cruiser video system.  He records it on his cell phone before it’s deleted.  You can see this craft is completely black and quite large and is moving very slowly over the neighborhood.

Here’s the police officer’s statement posted on a blog.

“i am a law enforcment officer for a police agency in florida. while i was dispatched to a call 10/4/19 at 117 am in regards to suspicious person, upon arrival i noticed a completely back triangular shape craft with no lights about 40 feet above the ground traveling about 35 mph in a southerly direction. the craft had no sound. as the craft came into the line of sight of my cruiser it passed behind some trees and i saw a clearing of trees ahead and it was going in that direction. i shined my spotlight and illuminated part of the craft as it passed between the trees. the craft continued on and i had arrived on the scene of a call so i could not follow. later after finishing the call i reviewed the dash cam video of the time i arrived and saw the object. the video cameras record constantly and are save temporarily to a cache. unless selected they are dumped and not saved to hard drive. after reviewing the video i could see the incident and part of the craft as it passed between the trees on film. i recorded the playback on my phone from the in-car camera of the cruiser. the upper left corner is a retangular blur which had my personal identification number and i removed it for anonimity.”

This TR-3B or whatever this thing was do not fly around in the daytime where people can see them.  The chances of it being seen in the middle of the night are very small.  This cop was very lucky to be at the right place at the right time to get this on video.  No doubt about it, there is a black object flying over this neighborhood and it’s not an airplane or helicopter that’s for sure.

Two people in my own family saw something very similar back about 1984.  This object flew directly over our house at dusk on the outskirts of Anchorage Alaska.  Unfortunately I was away at college or would have seen it too!  It was reported in the Anchorage newspaper the next day.  My family members said it was black, triangular and as big as a 747 jet but flew over our house without a sound and at only about 40 miles per hour.

They’ve had these silent, antigravity craft for many many decades.   Many whistleblowers have said we created bases on the Moon and Mars in the 50s and 60s with these types antigravity craft but they won’t tell us about them because then they couldn’t rip us off for their oil anymore.  Will Trump be the first President to show off the antigravity craft that he calls “Space Force” but have actually been around for over 50 years?   I hope so because it’s time for Free Energy!  Time to stop the bogus wars for oil we haven’t needed for a century!  Keep spreading the truth patriots!   This video is for every one of you who helps push the truth out there!  You are all heroes to humanity!  Keep up the great work you are doing and contact me at [email protected] if you want to do more with a project I just launched.