Don’t miss World Teacher & Friends: Is The Guy Claiming To Be The New King Of England (By Blood Lineage)…The “Christ” As Claimed? The Answer Is Obvious!!

Ancient Teachings Provide Hints On Who The Final Prophet Is, He Who Teaches The Kingdom Of Heaven Is Within!!

Note on pic: Queen’s coat of arms removed from gate, but Joesph says someone photoshopped his emblem on gate.

Many researchers have known that the Windsor royal family have been imposters with German last name… and if that is so, then there is a real royal lineage…

The House of Windsor is the reigning royal house of the United Kingdom and the other … Place of origin, Windsor Castle, England … In 1917, the name of the royal house was changed from the German Saxe-Coburg and Gotha to … In 1947, Princess Elizabeth (now Queen Elizabeth II), heir presumptive to King George VI, … Maybe Prince Harry figured this out and thought WTF! I’m outta here! 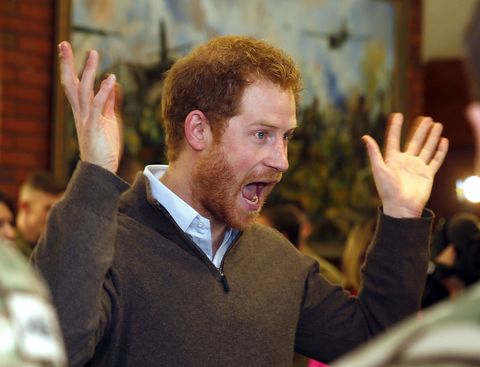 I suppose this means Canada, Australia and others have a new king (for now perhaps, but not for long)… but can’t say for how long, since the whole shitshow is shifting.

Wow this is just mindblowing stuff, but not surprising… to add to matters, a few days ago I posted this!!  ANTICHRIST KING FAILS MISSION!  AKA WILLIAM! AKA WILSON AKA WILL SON.

Is Joesph Gregory Hallett… “Christ”??? Not likely, I highly doubt the pope knows who that is… and more important, the Christ is not someone appointed by royal lineage haha… that’s not how it works in the spiritworld, or with the Office Of The World Teacher. Maybe Joseph has the lineage of “Jesus”… but that doesn’t mean that he’s Christ.  Still, initially, I like Joseph’s energy, and it does look like he’s the king of England by BLOOD lineage… but keep in mind and heart peeps THAT THE ROYAL LINEAGE THING IS A SCAM… GOD’S KINGDOM IS NOT OF THE PHYSICAL… THEREFORE GOD’S KINGDOM IS NOT BASED ON BLOOD! IF ENGLAND WANTS TO PLAY THAT GAME WITH A NEW BATCH OF PLAYERS… I DOUBT IT’S A GOOD IDEA OR A GOD IDEA.

Prince William Emperor has no clothes reference!! Wow!! He knows he’s not going to be king, even though it is something he has prepared for his whole life… the German joke… wow again!!

Lizard Queen Pays Tribute To Nurses… Which Really Means This!!

Tom Hanks And Lizard Queen Are Related And This Is Their Corona Witchcraft!! Remember Wilson The Volleyball From Castaway? It’s Back!!