Why February 1st is when it all starts – Executive Order 13848 goes into effect!

Don’t miss: Trump’s Space Force In Cooperation With Russian Cosmospheres To Protect America From All The Missiles Aimed At America By Chinese Communist Party!! 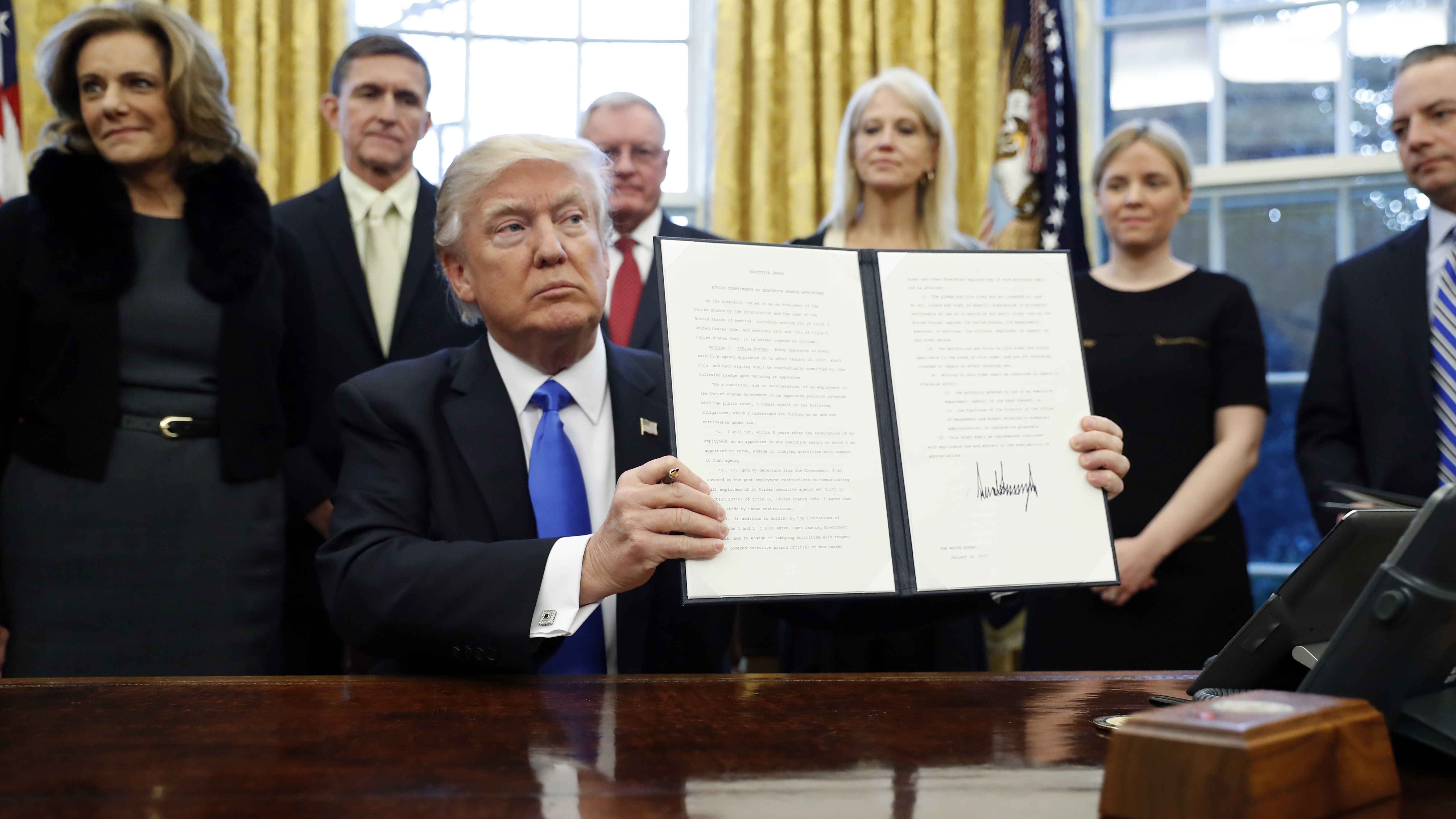 Do you think it’s a coincidence that February 1st is “FREEDOM DAY”?

Folks, this is why Wall Street is going crazy right now. They are freaking out, and they are trying to move money around, basically “money laundering” to move their money before it gets frozen. THIS IS HUGE!

IF YOU DIDN’T READ THE EXECUTIVE ORDER ON ELECTION INTERFERENCE ALL THE WAY THROUGH it is time to do so now!

THINK ABOUT THIS… President Donald Trump is the 45th President of the United States.

This is a message… 45 day + 45 days, this is telling us he will do 2 more terms as the President of the United States of America as a “New Republic”.

I, DONALD J. TRUMP, President of the United States of America, find that the ability of persons located, in whole or in substantial part, outside the United States to interfere in or undermine public confidence in United States elections, including through the unauthorized accessing of election and campaign infrastructure or the covert distribution of propaganda and disinformation, constitutes an unusual and extraordinary threat to the national security and foreign policy of the United States.

Basically what this Executive Order says is that anyone involved in interfering in the 2020 election or supporting of the fraudulent elections either foreign or domestic, their property and assets will be frozen.

This includes, main stream media, social media, and anyone else who was involved in helping to steal this election.

This period of time was for DNI John Ratcliffe to gather election fraud data.

Not later than 45 days after the conclusion of a United States election, the Director of National Intelligence, in consultation with the heads of any other appropriate executive departments and agencies (agencies), shall conduct an assessment of any information indicating that a foreign government, or any person acting as an agent of or on behalf of a foreign government, has acted with the intent or purpose of interfering in that election.

The assessment shall identify, to the maximum extent ascertainable, the nature of any foreign interference and any methods employed to execute it, the persons involved, and the foreign government or governments that authorized, directed, sponsored, or supported it. The Director of National Intelligence shall deliver this assessment and appropriate supporting information to the President, the Secretary of State, the Secretary of the Treasury, the Secretary of Defense, the Attorney General, and the Secretary of Homeland Security.

After that, there is another 45 days allowed for the writing and delivery of said report. That is why A.G. Barr had not seen anything prior to his leaving the Trump Administration. It had not been delivered to his department as of that date. It has been in the hands of other agencies. The corporation says there is no excuse for ignorance of the law, but come on guys… you can throw us all a bone once in a while? At least, being in the dark has allowed us to dig and we are all catching up on all the areas we were not savvy in knowing, nor privliged to be told. It’s all part of being a piece of property of the corporation. I mean who goes around explaining to their property what they are doing? Do you talk to your car? Your dishes? I guess we are slowly catching up and quickly catching on.

This period of time was for DNI John Ratcliffe to put all the data together, create the report on election fraud, and deliver the report to President Trump.

Then on or after Feb 1st is when things really start to take place:

(i) to have directly or indirectly engaged in, sponsored, concealed, or otherwise been complicit in foreign interference in a United States election;

(ii) to have materially assisted, sponsored, or provided financial, material, or technological support for, or goods or services to or in support of, any activity described in subsection (a)(i) of this section or any person whose property and interests in property are blocked pursuant to this order; or

(iii) to be owned or controlled by, or to have acted or purported to act for or on behalf of, directly or indirectly, any person whose property or interests in property are blocked pursuant to this order.

(c) The prohibitions in subsection (a) of this section apply except to the extent provided by statutes, or in regulations, orders, directives, or licenses that may be issued pursuant to this order, and notwithstanding any contract entered into or any license or permit granted prior to the date of this order.

(b) the Secretary of State and the Secretary of the Treasury, in consultation with the heads of other appropriate agencies, shall jointly prepare a recommendation for the President as to whether additional sanctions against foreign persons may be appropriate in response to the identified foreign interference and in light of the evaluation in the report mandated by section 1(b) of this order, including, as appropriate and consistent with applicable law, proposed sanctions with respect to the largest business entities licensed or domiciled in a country whose government authorized, directed, sponsored, or supported election interference, including at least one entity from each of the following sectors: financial services, defense, energy, technology, and transportation (or, if inapplicable to that country’s largest business entities, sectors of comparable strategic significance to that foreign government). The recommendation shall include an assessment of the effect of the recommended sanctions on the economic and national security interests of the United States and its allies. Any recommended sanctions shall be appropriately calibrated to the scope of the foreign interference identified, and may include one or more of the following with respect to each targeted foreign person:

(i) blocking and prohibiting all transactions in a person’s property and interests in property subject to United States jurisdiction;

(ii) export license restrictions under any statute or regulation that requires the prior review and approval of the United States Government as a condition for the export or re-export of goods or services;

(iv) restrictions on transactions in foreign exchange in which a person has any interest;

(vi) prohibitions on United States persons investing in or purchasing equity or debt of a person;

(vii) exclusion of a person’s alien corporate officers from the United States;

(viii) imposition on a person’s alien principal executive officers of any of the sanctions described in this section; or

(ix) any other measures authorized by law.

ENTER PELOSI, ET AL – This explains the shout to use article 25, and when that failed, the shouts to impeach- IMPEACH right away. It explains the full scale blast at censoring to the point of taking down entire web platforms like Parler. It explains all of the insane ramblings and desperate actions which were all shouts from of a sinking corporation clawing at everything inside the capitol walls to save their cabal.

ENTER WALLSTREET – Moving money as fast as they can – Hedge Fund managers desperately tried to short sale as much as they could before interrupted. It appears they were trying to save their assets before they were seized. The same assets that now look like they are about to be frozen, in compliance with President Trump’s Executive Order #13848.

After the 45 days there is another 45 days allowed for the writing and delivery of the report.

Once report is delivered, assets are frozen.

This takes us to the executive order regarding the freezing of assets. Which should begin February 1st.

Assets are frozen for 30 days while investigations directly related to continue.

The entire process takes 90 days from the day assets are frozen. Which may begin February 1, 2021.

Anyone involved in this in any way will have all their assets frozen.

February 1, 2021 is when all of this will begin to play itself out. Even people who conspired or covered it up.

30 days of freezing assets take us to March. They see what is coming and they know they are done. All the money involved in this is going down.

So, once again as we move through the fall of the corporate empire that has enslaved the Republic of the United States of America…We The People need to stand firmly and brace ourselves. Be patient and wait upon the Lord in case there is a shaking of the olive tree. Stay inside and hide yourself for a little while until the scourge passes over. FEBRUARY IS ABOUT TO ROCK BACK AND FORTH.

President Trump signed the executive order #13848 on foreign interference in September 2018. The order explains the details of the process and the time frames involved with imposing sanctions.

Stand strong, keep the faith, God is in control.

Information and knowledge becomes powerful only when used to educate and inform others of the truth according to Almighty God!

Disappearing Of Canadians Has Begun!

Disappearing Of Canadians Has Begun! A Red Deer mom has told of her anguish after watching her son being detained at the Calgary airport, loaded into…

Please Support beforeitsnews, By Trying Some Of Our Health Products, By Following This Link To Our Health Supplement Store!

The Sheep Peer Pressure One Another On The Way To Slaughter!

They are literally creating ‘badges of honour’ for people who get vaccinated. This is like someone self-depopulating and bragging about becoming a old world odor…

They take advantage of the public’s stupidity… the public has been spoiled for so long, it can’t tell the difference between a friend and a…

All Eyes in the Galaxy are on the Awakened ∞The 9D Arcturian Council, Channeled by Daniel Scranton

IS THE LATEST VACCINE THE MARK OF THE BEAST?

The sheep have been tramped stamped for a long time: vaccines, fluoride accumulated in pineal and pituitary glands, anything that is unloving is a mark…

Your voice is more significant than my voice, to you, because your voice can express who you are. Who you are, is unique, and thus,…

IF THE NATIVES ARE NOT FREE FROM TYRANNY…

It’s not what we are told

Maitreya Planetary Christ Has A Message For Planet Earth!! Direction Of This Planet’s Journey Is Now Under My Responsibility!

January 28, 2021 Maitreya – I LOVE YOU ALL Dear children of planet Earth! I AM MAITREYA!

In The Illusion The Worst Choices Are Most Tantalizing!! GOD OR THE NEEDLE?

We’re in the middle of a genocide and not everybody notices… it’s a “nice” genocide, where the “nice” people hope to survive by being “nice”……

O.N.E. News Editorial: We Don’t Have To Tolerate The Enemy Within

O.N.E. News One of Christ’s planetary housekeeping tasks is to clean up any energy that is not in alignment with wisdom, power and love, particularly…