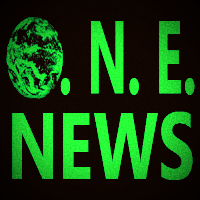 Now listen… it can appear a bit confusing… here’s what it looks like… the American media was doing it’s predictive programming thing by suggesting Russia was up to no good… meanwhile, their own mega torpedo went ‘missing’… or did they just say that, because they planned on using it… but for what?  What would the strategy be to set off a torpedo in the Tonga area? Let’s surmise:

2. To halt shipping supplies to America and the world.

3. To keep Americans in fear.

4. TO SET OFF MASSIVE EARTH CHANGES.

5. To destroy the Pacific Ocean, to destroy a major food source for the world.

6. To blame nature or Russia for a disaster.

Keep in mind, someone has been doing a MASSIVE BUNKER FUEL OPERATION (THE CHEMTRAILS OF THE OCEAN), IN THE PACIFIC OCEAN, ALREADY SETTING OFF MAJOR WEATHER EVENTS TO AMERICA. Mike Morales reports on this operation; all of Mike’s videos are very important. https://www.youtube.com/c/mikemoralesKartRacer/videos

American forces have used the Pacific Ocean for DECADES for their explosions and tests for their new weaponry.

Allied dark forces will stop at nothing to starve and cull the remainder of the living, into their android world order, based on permanent slavery, weaponized neighbourhoods, smart cities, poisoned food, graphene oxide chemtrails and much much more.  Trucker Spills The Beans!! Trudeau’s Unconstitutional Vaxx Mandates Takes 38000 Truckers Off The Road!! Shelves Going To Go Empty… Face It… Wil Paranormal Says Trudeau Wants To Starve/Kill Canadians!!

Now… most of us have never seen an underwater volcanic explosion… however THAT INITIAL BLAST ENERGY SHOCKWAVE WAVE HAD A LOT OF US SCRATCHING OUR HEADS… IT DEFINITELY LOOKED MORE LIKE A  BOMB WENT OFF THAN AN UNDERWATER EXPOSION THAT CERTAINLY WOULD HAVE BUFFERED ANY MANMADE RUMBLING INITIAL EXPLOSION… NOW READ WHAT RUSSIAN INTEL SAYS ON SEVERAL MATTERS OF IMPORTANCE!! But one final word… it wouldn’t be Americans doing this… likely it someone who has been playing all of us.. perhaps globalists? Zionists? Double agents? China? or all of them… all the players of the scamdemic genocide event… the ultimate crime against humanity?