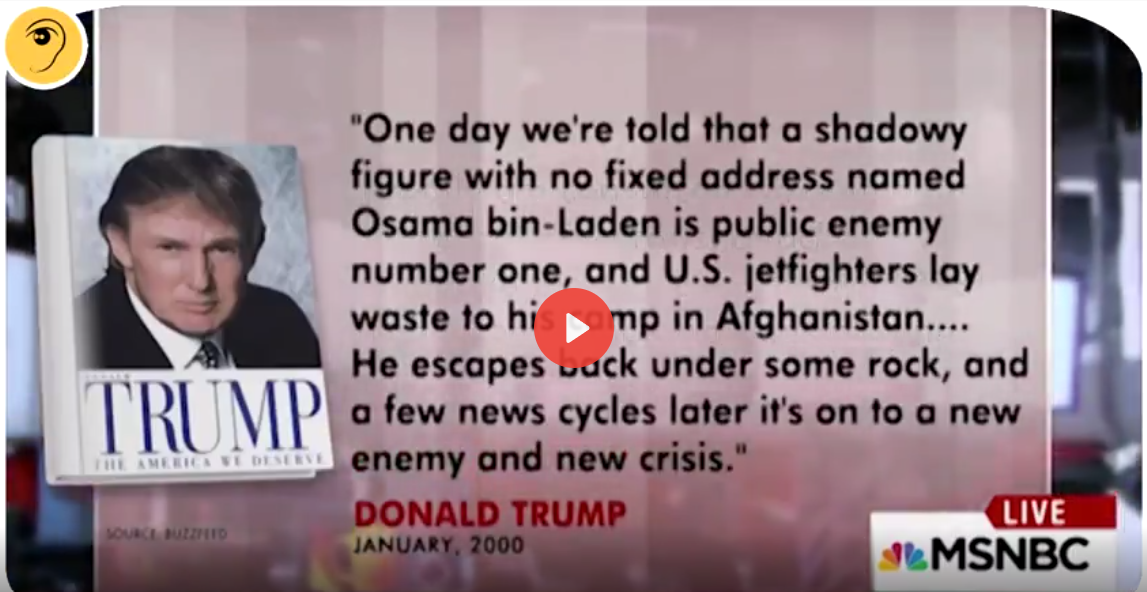 Did Trump Predict 911 Years In 2000 Book… And Years Later As US President Thrust His Hips At The Wailing Wall And Touch The Sticky Wall With His Hand?!! Definitely Something Sticky Is Going On, And This Could Be Is It!!

TRUMP ONCE BRAGGED ABOUT PREDICTING 9/11 YEARS AHEAD. HE DEFINITELY KNOWS MORE THAN HE TELLS IITM: Okay… are you ready for the juiciest theory… or is that a jew-shiest theory? LOL…

Okay… soooo it’s like this, the darkside aren’t the only ones who have double agents… Trump is at least a double or triple agent.  He’s always several steps ahead of the baddies, and strategizes several years ahead.

Here’s Trump gently thrusting his hips at the wailing wall… which is a sign of foreign allegiance… yes, a president actually did this… and yes, the public didn’t freak out, because they didn’t know what it really is, or what it means… but this is one of those shocking historical moments, like if Jesus started twerking in the bible!!

What this means, is that by touching that sticky wall, that he was of service to the regime where the wall is… I’m talking in broad strokes here, because the ‘walls have ears’… if you know what I mean.

Sooooo Trump’s first foreign trip, was basically to the place where the 911 attack may have originated.

Back to Trump’s book and his 911 prediction… somehow he knew that the See-Eye-Aye were going to use See-Eye Aye asset Tim Osman as Osama Bin Liden for a massive future operation… and Trump planted that seed in his book.

NO Trump did NOT predict 911… he only ‘knew’ of a future plan… and one must seriously question why Trump was thrusting his hips at the wailing wall… even as the jews were dancing on that fateful day, and didn’t Trump know that?

Trump knew the rabb-eyes would be thrilled that Trump would be planting the seeds of the false Osama Bin Laden theory, as the heat would be off of them.

Trump on the other hand… loves the jews and has a lot in common with them, but hates how they do things, and in his heart, he is for the people and the US… sooooo he’s always been a double agent to his foreign friends, when you get right down to it.

Trump knew all about false flags, and also knew he couldn’t directly point his fingers at the perpetrators, otherwise he’s just be taken off the chessboard… and soooo this point, plants the seeds for Trump’s 20-25 year plan with the whitehat military to end all false flags for good and to restore the republic of the United States.

Remember the Q quote… that they are saving Israel for last?

We are in those last days now… and what is to come, will be a surprise to all of us… but Trump will know what is coming… he has bit his lip for many many years… he plotted revenge and made his chess moves, as he slowly but sure, as President of the United States, thrusted his hips onto that foreign sticky wall, and lovingly touching that wall stained with foreign come.

Trump, “The Needle And The Damage Done” Mystery Continues… Does This Video Reveal Trump…

Is Donald Trump President Or Not? Watch Panel Discussion Debate with Derek Johnson –…

Second Declaration Of Independence By The 50 United States Of America…

“The Purge” Is Going To Happen In Illinois Starting January 1,…

You Will Be Convinced United States Government Prepping For Military Draft…