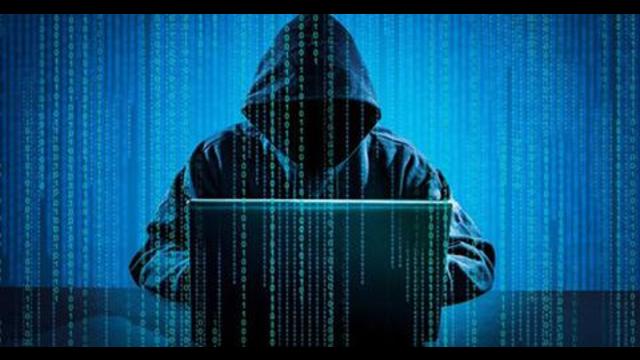 (NaturalNews) According to what I’m hearing from several sources in my network of contacts, the U.S. government is putting systems in place to black out online news sites like Natural News, Drudge Report, The Blaze and many others. A practice run that took place earlier this week in California has already achieved this result and confirmed the technical ability to make it happen at will.

The recent outage of news sites experienced by internet users in California was reported by this article on BeforeItsNews.com and confirmed by The Washington Times, The Blaze and other sites. The Natural News reader service team also recorded numerous complaints from California users who were unable to reach our website even though our site was fully functional and serving pages worldwide.

What was especially telling about this outage is that it only affected online news sites while allowing other internet traffic to flow normally. This selective targeting of news websites could have been accomplished by “deep packet inspection used inside the routers that move information packets along the internet,” reported Before Its News technical staff. “This technology allows ISP’s to look inside the packets your computer sends and receives and then make a decision to allow the packets through, modify the packets or block them. This technique can also be used to slow or speed up traffic.”

The selective targeting proves that this was not a general outage. The traffic blockage was specifically targeted to online news sites.

Online news censorship being prepared in advance of large-scale event

This selective blocking that took place earlier this week is widely believed to have been a dry run for a planned online news site blockade by the federal government during an upcoming “major event.”

What sort of major event? The sort of major event where the government wants its official narrative to be the only information allowed to circulate, obviously. These tend to be either terrorism events or false flag events which are seized upon by the government to enact harsh new police state regulations and surveillance initiatives to spy on the American people. Similar events in recent U.S. history include Oklahoma City, Waco and of course 9/11 — all of which were exploited to vastly expand police militarization and the surveillance reach of the federal government. (Patriot Act, anyone?)

What all governments know is the importance of “getting out in front of the narrative” and telling the government’s story first, before anyone else can look at the facts and present a more rational explanation for what happened.

The infamous hacker Guccifer, now arrested, is well known for hacking into the email accounts of members of the Bush family in the United States. According to numerous stories in the mainstream media, Guccifer acquired emails which spoke of a nuclear detonation in a major city in Pennsylvania in 2015.

A widely-cited story published in the New York times just two weeks ago revealed that Guccifer obtained information that he believed indicated a nuclear bomb would be detonated in Chicago and / or Pennsylvania in 2015. As the New York Times explains it, these are “wild conspiracy theories,” but the psychologist who interviewed Guccifer insisted the man wasn’t crazy at all.

The English-speaking prison psychologist, who attended my meeting with the hacker, rolled his eyes as Mr. Lazar started reading his explanatory text in good but heavily accented English. It was a compendium of wild conspiracy theories involving so-called Illuminati, a secret cabal that he believes runs the world. Most of the conspiracies were old hat, like ones relating to the attacks of Sept. 11, 2001, by Al Qaeda. But others, such as an alleged plan to set off a nuclear bomb in Chicago and an unnamed city in Pennsylvania next year, were clearly his own work.

The psychologist said he had heard them all before but nonetheless had no doubt about the state of Mr. Lazar’s mental health. “He is not really crazy at all…”

It is widely speculated across the ‘net that Guccifer stumbled across emails of high-level operatives who were discussing plans for nuking American cities. Speculation, of course, is not the same as proof, and it is entirely possibly this may be nothing more than Guccifer’s attempts to attract attention.

Regardless, there is no question whatsoever that the U.S. federal government has been accelerating its readiness for something big. During the recent Ebola scare (the first wave, because there’s still more to come…), it was widely reported that the U.S. State Department put out a bid for 160,000 hazmat suits. Are these for Ebola? Or something else entirely?

Theories of what might be coming our way in 2015 tend to focus on the following speculative possibilities, ranging from “nearly certain” to “way out there:”

• Global financial collapse, where the 2008 bankster bailouts have finally come back to haunt us again in 2015, causing a cascading collapse of global derivatives debt and the fragile banking industry. This would obviously be followed almost immediately by mass social chaos, riots, revolutions and so on.

• Nuclear attack by Russia, in the aftermath of the current petrodollar disaster where Russia is getting economically crushed by plummeting oil prices. See this excellent article by Mac Slavo for a full explanation of the dynamics.

• Nuclear terrorism in America, carried out by whatever radicals with foreign-sounding names the mainstream media wants you to hate at the moment.

• False flag terrorism deliberately carried out on American soil for political purposes (usually to blame some convenient political group such as the Tea Party).

Of these, I personally think financial problems are the most likely. There are already recent signs in the stock market that something has gone terribly awry and a severe market correction is long overdue. The U.S. Treasury’s recent creation of $1 trillion in new debt just to pay off old debt is downright shocking. Anyone who understands the power of compounding interest will immediately realize that the U.S. is plummeting toward certain financial insolvency.

I recommend this really good article on ZeroHedge.com which explains what’s really happening with the debt situation:

We all are in a Ponzi world right now. Hoping to be bailed out by the next person. The problem is that demographics alone have to tell us, that there are fewer people entering the scheme then leaving. More people get out than in. Which means, by definition, that the scheme is at an end. The Minsky moment is the crash. Like all crashes it is easier to explain it afterwards than to time it before. But I think it is obvious that the endgame is near.

ACTION ITEMS: Do this now to avoid being cut off from independent news

Here’s what you can do to make sure you’re fully informed no matter what happens:

1) Write down the IP address of NaturalNews.com: 108.168.157.185. This is our internet address which you can access without using the domain name “NaturalNews.com.” Simply enter these numbers in the address bar of any browser, and you’ll go straight to our website.

2) Join SEEN.IS immediately, and start following Natural News there. Our address on seen.is is http://seen.is/profile/NaturalNews. Seen.is is the totally uncensored alternative to Facebook, and it’s rapidly growing in popularity among truth-minded people.

3) Subscribe to the Natural News email newsletter if you’re not already a subscriber. It’s free and you can subscribe using the form at the bottom of this article. We send a daily email newsletter with the hottest stories for the day. During a crisis, even if our website is offline, we will still send out the emails.

5) Follow us on DIASPORA, another truth-telling community of information pioneered by the brilliant minds in the open source community. Click here to visit the Natural News Diaspora pod (yes, we run our own pod) where you can sign up and monitor our news feeds throughout the day. During emergencies or a crisis, we’ll be posting on Diaspora, Seen, Tsu and other services to bring you the latest important information.

6) Get your own VPN account set up so that you can bypass local internet censorship. Search online for “VPN services” and sign up now. This is the technique used by Chinese citizens and Falun Gong members to bypass Communist China internet censorship — the same kind of censorship that’s coming to Communist Amerika.

7) Use Startpage.com as your search engine. It doesn’t track your searches or record your IP address. Use StartMail.com or Unseen.is for your email accounts. Don’t use the popular search engines and email services run by the technology companies feeding your information to the NSA. And yes, ALL the big tech companies are feeding your information to the NSA, just as Edward Snowden revealed in stunning detail. This includes Apple, Microsoft, Google, etc.

8) Help support other alternative news websites such as www.BeforeItsNews.com www.SteveQuayle.com www.AllNewsPipeline.com www.TruthStreamMedia.com www.SHTFplan.com www.21stcenturywire.com www.TheDailySheeple.com www.TheLibertyMill.com www.InfoWars.com www.Intellihub.com and so on. You may not agree with everything you see on all these sites, but these are truly independent voices which aren’t controlled by the corporate media machine. You won’t see recycled White House propaganda on any of these sites, for sure…