Back in February, President Trump quietly signed into law the “Family First Prevention Services Act” which, when it finally comes into effect on October 1, will greatly curtail abuses within the foster care system that facilitate the child sex trafficking and pedophilia rings operated undercover by the evil, left-wing deep state.

Family First will basically prioritize federal funding for orphan children to be able to stay with their families, close relatives, or family friends, if at all possible, as opposed to having them be sent to lucrative group homes with strangers, where they’re sometimes abused or even sold into sex slavery.

“With the Family First Prevention Services Act states, territories, and tribes with an approved Title IV-E plan have the option to use these funds for prevention services that would allow ‘candidates for foster care’ to stay with their parents or relatives,” reads a notice about the legislation and what it will entail that was recently published by the National Conference of State Legislatures.

“States will be reimbursed for prevention services for up to 12 months,” it adds. “A written, trauma-informed prevention plan must be created, and services will need to be evidence-based. The U.S. Department of Health and Human Services (HHS) expects to release guidance on service eligibility before Oct. 1, 2018.”

Family First comes at a critical point in time when families and activists are really starting to speak out about the horrors they’ve observed or endured at the hands of Child Protective Services (CPS). As we’ve reported, some parents have had their children forcibly kidnapped and removed from their care by CPS agents on bogus charges, only to have those children end up being trafficked.

According to a guidance that was issued by Iowa’s Department of Human Services, Family First “will prevent the need for removal” of children by CPS “through evidence-based family preservation services,” which include mental health assessments, substance abuse treatment programs, and “in-home, parent skill-based programs that include parent education, and individual and family counseling.”

For more related news about CPS and how it functions as a child trafficking front, visit DeepState.news.

Why don’t liberals care that CPS is separating children from their families? And why aren’t they appreciative that President Trump is trying to do something about it?

One recent example of this involves Cynthia Abcug, whose autistic son Michael was reportedly abducted by CPS recently on accusations that his mother had somehow “misdiagnosed” him with autism.

Cynthia hasn’t seen her son Michael in two months, and she says she has no idea where he is or even who’s taking care of him. She was told by a tipster that CPS intentionally gave her the wrong case number for her son, and after obtaining the correct one, she learned that a judge had given authorization for Michael to be taken to Disney World in Orlando, Florida, from August 3-10.

“Abcug is concerned that Michael could be human-trafficked, or suffer seizures in the Florida heat,” Big League Politics reports about this dire situation.

“Abcug’s lawyer has fired off a response to the travel motion to Douglas County District Court in Colorado contesting the child’s authorization to travel out of state.”

You can keep up with the latest developments in Cynthia’s horrific saga of trying to get her son back from the CPS police state at her Twitter account.

There are many more similar such cases, none of which are being protested by the angry liberals who pretend to care about children being “separated” from their families, that you can read about at BigLeaguePolitics.com.

For related news, be sure to check out Trump.news.

Sponsored solution from the Health Ranger Store: The Big Berkey water filterremoves almost 100% of all contaminants using only the power of gravity (no electricity needed, works completely off-grid). Widely consider the ultimate “survival” water filter, the Big Berkey is made of stainless steel and has been laboratory verified for high-efficiency removal of heavy metals by CWC Labs, with tests personally conducted by Mike Adams. Explore more here. 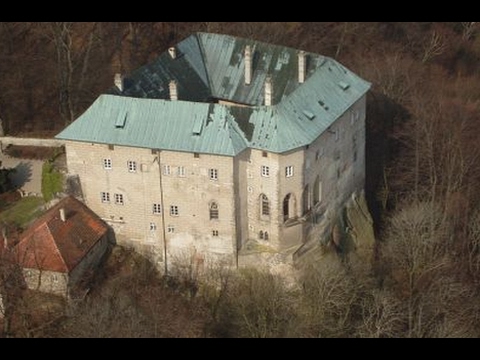 Portal to Hell: Something Strange Is Happening Underground Google Penalties – How to Avoid Them in 2020

BAMC Nurses: 'It's Us Against COVID'

Herman Cain Dies From Coronavirus at 74 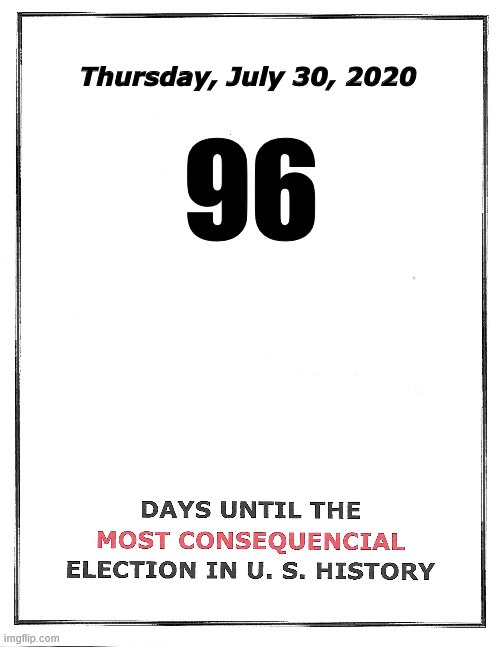 We’re seeing, sadly, far greater suicides now than we are deaths from COVID 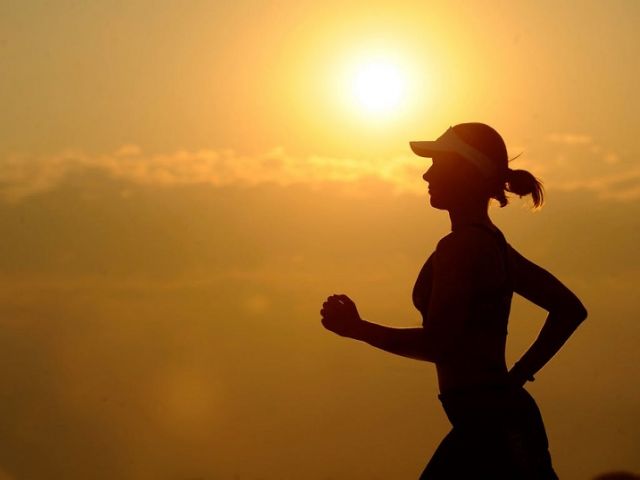 Why CBD Is Great for Active People 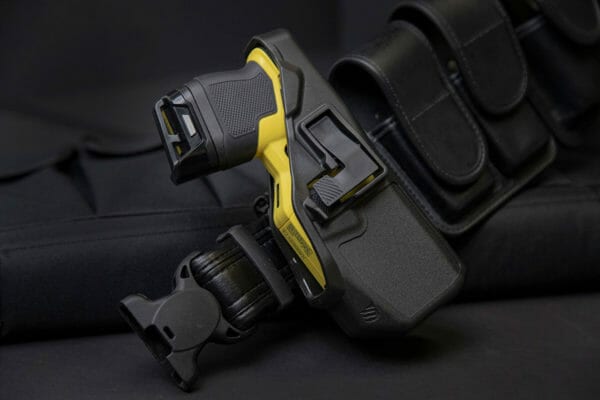 Loading...
"Not by might, nor by power, but by my spirit, saith the Lord of hosts." Zechariah 4:6
BEFORE IT'S NEWS ON TELEGRAM
GET THE TELEGRAM APP - https://telegram.org/ JOIN OUR CHANNEL - https://t.me/BeforeitsNews
Read it..
BEFORE IT'S NEWS
SIGN UP FOR OUR NEWSLETTER
Today's Top Stories
What Happened To The Passengers On The 9/11 And The Malaysian Flights? Will These Passengers Be Arriving With The Fake Alien Arrival As Part Of Project Bluebeam? Great Videos And Analysis.
Something Biblical Approaches! Hurricane Nine Coming, Asteroids, Point of No Return and a Chinese City!
Incoming! Incoming! Incoming! "Something Big Gonna Smack The Earth"
X22Report: Optics Are Very Important, People Cannot Be Told, They Must See It To Believe It!! - Must Video
The Fed Will Be Destroyed, System Unraveling, Reset Is Coming! - Great Video
Watch AG Bill Barr Nuke Entire Democrat Establishment in a Single Hearing! Most Epic Moments! - Great Video
Warning Dollar Collapse! This Is the New Reserve Currency! - A Must Video
September Asteroid Impact? Real Data - How to Survive an Impact
Reptilians From the Draco Star System Are Here - They Always Have Been Via CoasttoCoastAM
Second Press Conference From Front Line Physicians on Covid-19 Truths! - Must See Video
Loading...
Featured
Doctor Calls Out Chris Cuomo Hard!! You Won't Believe What She Asked Him To Do!...Hahahah! - Great Video
BREAKING NEWS: Trump Finally Pulls Trigger On Big Tech! Executive Order Issued! Here’s Why It May Actually Work.
The Silent Children Documentary Exposing Child Kidnapping And Trafficking ,Was Killed And The Musicians Working On It Ended Up Dead. Great Video.
Breaking: Former GOP Presidential Candidate, Trump Fed Pick Herman Cain Dies After Battle With Coronavirus
Breaking: YouTube De-Platforms Del Bigtree’s “The Highwire” Channel After His Investigations Questioned the Rigged COVID-19 Narrative of the WHO & CDC +Video
5G Global Rollout & Not One Single Study Proving It's Safe! - Great Video
Black Lives Matter Caught Making Homemade Bombs Out of Fireworks, Lacing Them With Nails!
Trump's New Covid Doctor-Demon Sperm & The Mark of The Beast
Anonymous: [ Prepare Now ] "Watch Within the Next 36 hrs" - This Will Affect Everyone
Voter Fraud in R.I., Riots, Health Officials Lie About Numbers, Demon DNA In Vaccines? Mark & Number of The Beast.
Loading...
Top Global
Psy-Op Campaign Underway to Prepare Americans for War with China
RichiefromBoston: IMF Bribing Countries to do Extreme Lockdowns!
They Are Disguising the Covid-19 Vaccines as a Cure When it Really is Just a Reason to Change Your DNA, Own You and Control You! Great Nicholson 1968 Videos
Watch Anti-Trust Hearing: Biggest Tech Billionaires Testify Before Congress (Full Hearing) at 12pm
Housing Crash Coming In China! $52 Trillion Dark Cloud Of Debt 2020 China's Yuan Crash! - Must See Video
WHO Now Claims COVID ‘Not Seasonal’ and Will Be One Constant ‘Big Wave’
Our New Normal
Catholic bishops fear Scotland's hate crime law could criminalize Bible and Catechism
World on Verge of Spinning Out of Control. When Dollar Falls Everything Falls Everywhere– John Rubino
Whistleblower Reveals That A UN-Planned Invasion By Refugees Into The US Is Already Underway
Loading...
Top Alternative
Portal to Hell: Something Strange Is Happening Underground
Wormwood Inside Look at Chilean Astronomer Carlos Ferrada's Notes via Live Israeli News
LA Marzulli: Pentagon Classified Off-world Vehicles Not Made on This Earth Report! UFO Disclosure Update Special
SGT Report: 5G Global Roll Out and Not One Study Proving It's Safe
Psy-Op Campaign Underway to Prepare Americans for War with China
Lockdown Killing 2,700 People A week – New Study
Flying Humanoids Are Entering Our Realm Through An Interdimensional Portal
Food Security Threats: Now a Warning and Later May Be Too Late
Why is Everyone Leaving CALIFORNIA, and Where Are They Leaving To?
Order, Disorder, Disruptive Events and a Bubble