Black mortgage applicants are twice as likely to be rejected as white borrowers, and Black homeowners have been disproportionately shut out of the recent refinancing boom because more have lost jobs. 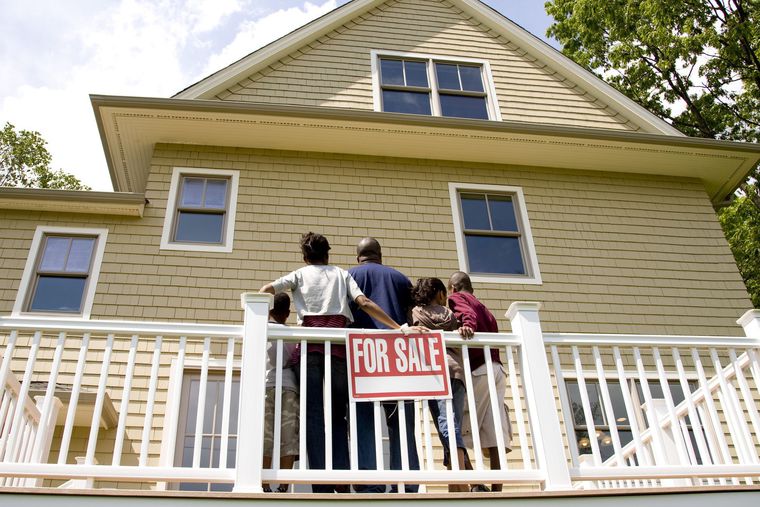 Black homeowners pay hundreds of dollars more per year in mortgage interest and mortgage insurance premiums than white homeowners — a “Black tax” on homeownership that intensifies the nation’s wealth gap, according to an October report from the Massachusetts Institute of Technology’s Golub Center for Finance.

Black homeowners pay hundreds of dollars more a year in mortgage interest and mortgage insurance premiums than white homeowners — a “Black tax” on homeownership that intensifies the nation’s wealth gap.

That’s according to research by Ed Golding, executive director of the Massachusetts Institute of Technology’s Golub Center for Finance.

Citing data from two federal sources — the Home Mortgage Disclosure Act and the American Housing Survey — Golding and coauthors of an October report on inequities say Black borrowers had an average interest rate of 4.62% in 2017, compared with 4.30% for white borrowers.

Although 62% of white homeowners pay mortgage insurance, 88% of Black homeowners must buy the coverage. Golding, a former head of the Federal Housing Administration, says that extra cost equates to $550 a year.

Many Black homeowners have FHA mortgages, a type of loan with looser requirements for down payments and credit scores but that come with pricey mortgage insurance premiums.

A few hundred extra dollars here and there adds up over time, Golding says. In all, a Black borrower pays an average of $13,464 in extra costs over the life of a loan, money that can’t be directed to such things as emergency savings or retirement accounts.

“These inequities make it impossible for black households to build housing wealth at the same rate as white households,” the report says.

The racial gap in the U.S. housing market is wide: 47% of Black Americans owned homes as of the second quarter of 2020, compared with 76% of white Americans, according to the U.S. Census Bureau.

In another sign of the enduring divide, Black mortgage applicants are twice as likely to be rejected as white borrowers, according to a report issued last month by the National Association of Real Estate Brokers, a group of Black real estate professionals.

“The bias in our markets is not a bug but a feature,” the 2020 State of Housing in Black America report says. “They were built that way and intended to operate in a discriminatory fashion. They will continue to do so until we make structural, systemic, and cultural changes.”

An end to ‘risk-based pricing’?

Both Golding and Donnell Williams, head of the National Association of Real Estate Brokers, call for reining in “risk-based pricing,” the process by which lenders set rates based on borrowers’ odds of default.

Golding says it’s overkill. “We do too much risk-based pricing,” he says.

For instance, he says, Black borrowers have been disproportionately shut out of the recent refinancing boom because Black workers have lost their jobs at a higher rate than white workers. Black unemployment was 12.1% in September, compared with 7% for white Americans.

What you can do

True, there’s not much an individual buyer can do to fight systemic inequities. But there are ways for borrowers to tilt the mortgage game in their favor. Four strategies:

Boost your credit score. The higher your score, the better deal you’ll land on a mortgage. One caveat: This isn’t a quick fix. Depending on your financial situation, polishing your credit history could take months or years.

Shop around. Even for borrowers with stellar credit, rates and closing costs can vary widely by lender. For borrowers with less-than-perfect credentials, shopping around becomes more important. Don’t confine your shopping to brick-and-mortar branches — the best deals often come from lenders that don’t have an office in your area.

Take advantage of record-low rates. An estimated 19 million Americans of all races could benefit from refinancing but have not done so, according to research by mortgage data firm Black Knight. “Black families don’t refinance as quickly, so when the Fed lowers rates, Black families don’t benefit as quickly,” Golding says.

Explore first-time homebuyer assistance programs. Many states and some cities offer grants and loans to help with closing costs or down payments. These programs often define first-timers as anyone who hasn’t owned in the last three years.