CNN Accidentally Airs the Best Pro-Gun Commercial Ever! (Not Clickbait)

This won’t be a long video and frankly doesn’t have to be. Matter of fact I’m gonna MAKE it short because I wanna make it more shareable. I want you to like this and share it with everybody you know because, believe it or not the communist news network, formerly the clinton news network (back when she was a useful idiot for corporate oligarchs) has just promoted the best pro-gun commercial you could possibly ask for. And of course they did it unintentionally because Anderson Cooper, on his show Full Circle, was caught completely off guard when he was interviewing Kendra Lee Miller, the sister-in-law of one of the victims in the highly publicized deadly ambush of a group of Americans in Mexico.

Here’s what Kendra says about the oppression of the Mexican people by the cartels and by their own oppressive government. It looks like she’s on facetime so it breaks up a little bit but you’ll be able to understand exactly what she’s saying. (clip) 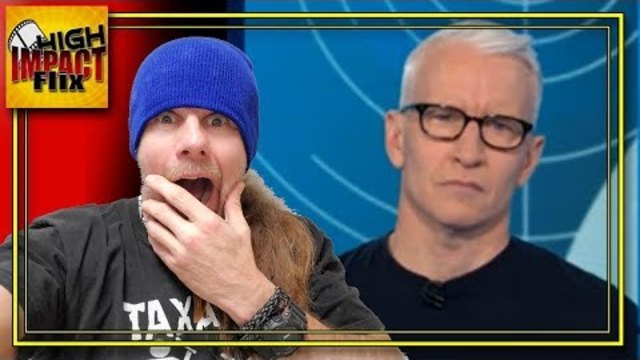 So, People of Mexico are oppressed, they’re in fear for their lives, driving public roads puts them in mortal danger at times, they’re constantly be threatened…and they’re without protection. Now listen to what she says, out of the blue, on CNN the quintessential anti-gun, pro-tyranny network as Anderson Cooper stands there expressionless. (clip)

Boom….she didn’t say it with pizzazz…she didn’t have a polished speech….in fact, it was kinda monotone and unassuming…but those are some of the most powerful, sobering words that have come through the airwaves since Charlton Heston said, (clip)

If you’re anti-gun…and CNN is…you’re decidedly anti woman. Anti elderly and anti child. Because it’s the tool called the fire arm that puts the weakest person on an equal or greater power footing than any would-be attacker. Kendra ends with this (clip)

Like and share this video with everybody you know, everywhere you can on social media. And remember, it’s better to have a gun and not need it than to need it and not have it. Leave your thoughts about this for the world….

Loading...
"Not by might, nor by power, but by my spirit, saith the Lord of hosts." Zechariah 4:6
Read it..
BEFORE IT'S NEWS
SIGN UP FOR OUR NEWSLETTER
Today's Top Stories
Coronavirus Outbreak: China Is Lying. Doctors Wearing Diapers. Uncensored Footage. Millions Locked Down (Videos)
Best & Taylor Urgent Intel Update (1/26/2020) — Has Depopulation Begun? — Another Simpson's Prediction?
What Are the Chinese Hiding in Wuhan?
Harvard Epidemiologist Says Coronavirus Is 'Thermonuclear Pandemic Level Bad'
Ancient Ruins Are Encoded With a Message for Everyone to See
Latest on the Coronavirus Outbreak January 27, 2020! - Must See Video
The Catalyst for WHO to Declare a Global Pandemic Over Coronavirus Just Happened!
The Bio-Weapon Wuhan Coronavirus, Stolen From Canada & Intentionally Released in China?
Nibiru - Dr Sam.. told and Now It is Inevitable The Arrival of the Intruder Star
9/11 - You Have to Understand That the Obvious Controlled Demolition of Building 7 was a Megalomaniac’s Message to the Whole World: “We Can Commit Any Crime Whatsoever & Get Away With It!“ - Great Video
Loading...
Featured
Coronavirus a False Flag by Climate Change Hoaxers?
China's Lie: There Is No Wuhan Airport Lock Down Asiana Flight 909 Landed in Anchorage and Chicago After the Lockdown Date
Wuhan Coronavirus Spreading Faster Than Previously Thought
Coronavirus Prevention & Treatment, Take These Precautions
Virginia Gun Control Fight Launches ‘2A Sanctuary’ Tidal Wave
Corona Virus Now a Pandemic, Yet Mainstream Press Criminally Silent
Diana West Reports: Commies Have Infiltrated America’s Security Agencies
More Facts on 2019-nCoV, the Wuhan Coronavirus (Videos)
X22Report: We Are Watching a [Tribunal], Do You See the Pattern? We Know the Deep State Playbook - Great Video
Devastating: Pam Bondi Lays Out Hunter Biden Corruption Evidence