WTF?!? If Anybody Believes What Rick Perry Just Said...We're In Deep Shizzle!!

People are always saying Brian, you know how you’re always saying that when you vote that what you’re really doing is pushing a button and pulling a lever to have psychopaths rule over you? Well you’re wrong brian…you’re dead wrong. Elected officials are servants of the people. They aren’t rulers and they don’t consider themselves to be rulers. We escaped from rulers, fought against rulers and became a representive constitutional republic. Elected officials aren’t rulers. There’s only one small problem. They do consider themselves rulers, they act like rulers and sometimes they even let it slip out that they believe people like the president is a RULER. I’m gonna play this CNN clip…in its context, but I need to put my usual disclaimer on it, because it always happens that when I criticize the high priests of the right, people end up calling me a CNN loving leftist libtard.

CNN is the quintessential Communist News Network, the Counterfeit news network…formerly the Clinton news network or the clown news network. They, just like Faux new MSLSD and all the rest run a 24/7 psychological operations initiated propaganda campaign designed to distract, deceive and divide the masses. And the reason I’ll continue to expose it is because when the sunlight of truth shines upon darkness the darkness always ends up catching some cockroaches who can’t scurry back to their safe spaces. And what ends up happening is that the scales fall of of the eyes of some and the world becomes a better place. Here’s the clip (clip)

So much for separation of church and state. (clip) 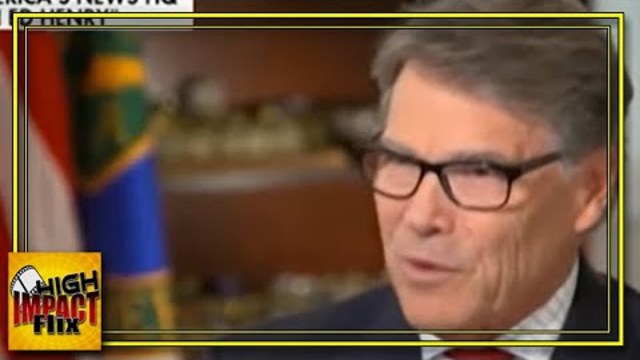 So…according to people like Rick Perry…Trump was chosen by God Himself to rule and judge over you and me on this planet in our government.

Statism IS a religion. This religion has a god. It has a book of rules with commandments. Statism has the biggest church membership in the world, where it’s believers, believers like Rick Perry here actually believe that there are rulers who have the divine right, granted by God Himself to rule over us and judge us from the marbled halls of washington’s district of criminals. This church has it’s priests (the black-robed tyrants of the supreme court) and it’s prophets (the politicians) who bring their word (the laws) down from on high (congress). They claim the moral right to rule you and believe that you and I have the moral obligation to obey their commandments (called “laws”) or be punished as law-breaking sinners. If you wanna stay in the good graces of thes rulers who judge over us on this planet, then you must submit and be a law-abider.

And after Perry utters such a preposterous idea, CNN, of course, says NOTHING in condemnation of such a notable stand against individual liberties. Why doesn’t CNN say anything to disuade people from being a part of an institution so corrupt that they believe they have the right to initiate unjust force and violence on peaceful people? Because they are the “ministers of this government truth” they constantly propagate to the masses. Leave your thoughts about this for the world and the google thought police in the comments section below….