Saudi Impunity on American Soil: FBI finds Saudi Arabia helps its citizens escape the U.S. after serious crimes while U.S. officials look the other way
By Julio Severo
A new report from the FBI has revealed that the Islamic dictatorship of Saudi Arabia “almost certainly” helps its citizens escape prosecution for serious crimes they are charged with in the U.S., and American officials have looked the other way for years. 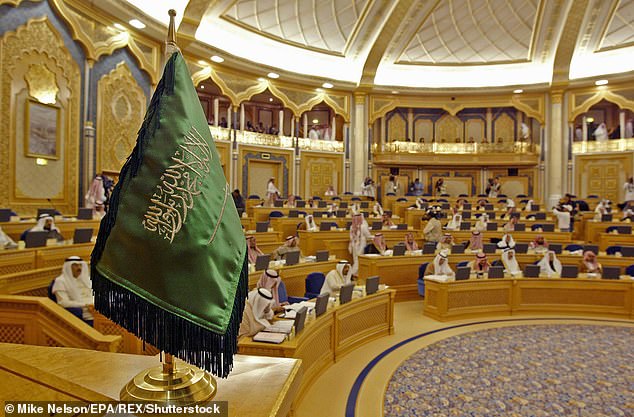 “(Saudi) officials are unlikely to alter this practice in the near term unless the US Government (USG) directly addresses this issue with (Saudi Arabia) and ties US cooperation on (Saudi) priorities to ceasing this activity,” according to the FBI.

Source: http://lastdayswatchman.blogspot.com/2020/01/saudi-impunity-on-american-soil-fbi.html
BeforeItsNews Announcements
Step 1: Get the Telegram App & Get Stories Direct to Your Phone or Computer Without Censorship! Get the Telegram App in the App Store or at
https://telegram.org/

Loading...
"Not by might, nor by power, but by my spirit, saith the Lord of hosts." Zechariah 4:6
Read it..
BEFORE IT'S NEWS
SIGN UP FOR OUR NEWSLETTER
Today's Top Stories
Sarah Westall: Whistleblower Brutally Beaten, Coronavirus Explained From Chinese Healer, Hired Mercenaries
The Dollar Will Collapse Within Weeks! What Will Replace It? - Must See Video!
X22Report: Prepare for the Storm, it’s Time to Bring Down the Corrupt System, Ready! - Great Video!
Jason A - Unexplainable Events Happening in 2020!
Q: Hollywood Is Burning! Is Barron Trump Q? Barry's Belated Impeachment? Best Is Yet 2 Come! - Great Video
David Abel Exposed As Crisis Acting Freemason On Board Diamond Princess Cruise Ship
The History And Mission Of The Nazi-Illuminati Bush (Scher(f)f) Crime Family
Mark Taylor: Q! Gloves Are Off, Fight Is On
Q News - Red Storm! Are They Going to Cover it All Up? - Great Video!
Q3649: It's Going to Be Biblical! An Epic Response to Mayor Pete Saying We Can't Be Christians! Great Video!
Loading...
Featured
US Now Admitting Coronavirus Has Broken Containment Beyond China! - Great Video!
The Billions Are Gone! Disappeared!
Coronavirus: How WHO Corruption Helped it Spread! - Must View Video!
Worldwide Virus Alert! Millions Infected & Spreading! - Must See Video!
Flashback: Trump Admin Seeks to Build "New Liberal Order" in "Traditions of Our Great Democracy" to Prevent War & Achieve "Greater Prosperity" (Video)
Unreal: Hawaii Has Tested Exactly Zero People for Coronavirus... Still Waiting for Test Kits from the CDC! +Video
Coronavirus Deaths Outside China Spike as WHO Team Visits Wuhan: Live Updates
Coronavirus Cases Doubling Overnight In Many Countries! Must See Chris Martenson Video!
Hundreds of Americans Flown Back from the Diamond Princess Shared the Same Plane Whether Infected or Not Infected +Video
Q: Hollywood Is Burning! Is Barron Trump Q? Barry's Belated Impeachment? Best Is Yet 2 Come! - Great Video