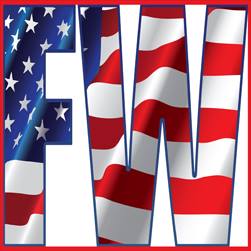 Freedom Warriors have at different times in the history of America have united together in order to make life better for all Americans.

The first time of course was when the Consitution and Declaration of Independence was written for America.  Who is a Freedom Warrior? Anyone who is willing to stand up for true American Freedom and effect a change for the better for all Americans, Lawfully of course.

It is time now for Americans to stand up again in order to re-obtain some of the freedoms that Americans have lost over the years since the time the  Consitution and the Declaration of Independece was formed by some very brave Freedom Warriors.

For several years we as Americans had a lot of Freedom and the gradually they were taken away.  Americans at first did not need permission from the govenment to hunt, fish, travel, get married, start a business, grow food and there were no Birth Certificates or Personal Income Taxes…Plus a lot more to numerous to mention here but I am sure you get the picture.

Now I am going to tell you about a Lawful way Americans can regain a lot of the Freedoms that have been lost over the years if you stand up and Unite as Freedom Warriors.  There is an Executine Order going up to President Donald J. Trump shortly that was Initiated by a hard working and brave Freedom Warrior and three thousand plus other Freedom Warriors including myself have signed the paper work with him. The Executive Order is now at a stage in the process that all Americans can join in and benefit from the fruits of this Executive Order. How can you join and help? Simply send a short message to Donald J. Trump at the White House asking him to sign the Executive Order when it comes across his desk. This does not cost any American anything except a little time.  There is a lot for every American to gain by helping. FOR EXAMPLE:

• You will have Immunity status do not detain, interact or molest

• You will be able to get a Land Patent

• You will be able to keep the benefits that you worked hard to obtain: Social Security, Medicare, Pensions, Military Retirement and so on

• Funds from the Cestui que vie trust(s), estate(s) will be returned to you

• You will be permanently exempt from any and all federal, state, and local taxes regardless of nature, cause, format and form for the rest of your natural lifespan

• AND MUCH MUCH MORE

What can you do to stand up as a Freedom Warrior to help all Americans? Send the following simple message to President Donald J. Trump at the White House as many times as you can before Feb 25, 2020.

President Donald J. Trump
An arbitration award has been issued against the UNITED STATES OF AMERICA and PRESIDENT TRUMP. A settlement offer for this award is presently making its way to The White House. The settlemennt affects and benefits all Ameicans.
Please contact: Phillip Hudok 15958 Seneca Trail Huttonsville, W. VA 26273
Sincerely ( Your Name)
This contact name must be used because he is the One who Initiated the paper work and he is the One going to D.C.
Email the The White House -
https://www.whitehouse.gov/contact/
Write and call The White House -
https://www.whitehouse.gov/get-involved/write-or-call/
The communication must be clear, simple, and respectful. Please commence upon receiving this email and continue to communicate as often as possible. Updates will be posted on www.hudok.info on a regular basis.
Blessings,
Phil Hudok
Also please consider sending a letter via email to your Representive or Senator:
https://www.house.gov/representatives
https://www.senate.gov/senators/index.htm
SAMPLE LETTER:
Dear Representative and/or Senator, Beginning February 25th of 2020, Phil Hudok and other whistle blowers are presenting a bill titled ‘Bill of Peace 2020’ for private side enforcement and settlement of an Arbitration Award issued August 16th of 2019. Following government inaction and/or inability to show constitutional authorizations resulting in a breach of contract, the impasse warranted third party arbitration that Ordered a permanent injunction, among other items, against the government. The proposed contract/settlement offer has opened the door for a joinder by other whistle blowers exercising their Creator granted Free-will choice. Arbitration, incidentally, was recently upheld in the SUPREME COURT OF THE UNITED STATES with the opinion written by Bret Kavanaugh. Proper sovereignty is lost, and/or stolen, and cannot be restored when the constitution is flagrantly violated by the federal government. The contract (Constitution) was undeniably proven void and a new contract established and validated by an Order of Arbitration for those men and women deciding to exercise their Creator granted Free-will choice. With little to no avenues left, whistle blowers and I are demanding the due and owing action in this instant matter. It is clear according to H.R. 1423, having passed the House and currently sitting in the SENATE JUDICIARY COMMITTEE, that the U.S. CONGRESS is attempting to permanently close the door to rights arbitrations despite its historically customary nature in dispute resolution. Representative or Senator, as one of your employers, I hereby Demand that the Bill of Peace 2020 (provided) be immediately placed upon the Floor and enacted without delay. Government and the People can only contract when both parties abide by said contract, operating in good faith, clean hands and full transparency. Prayerfully, we’ve done our part. The duty and responsibility now falls upon you to do the same by placing on the floor the Bill of Peace 2020 along with all Free-will, opted in, whistle blowers.
Sincerely,
(After Sincerely)
Your Name here
Your address if you choose
Your Phone Contact
Your e-mail
This is a chance to make things better for you and your family. This Lawful opportunity will most likely never happen again. Are you going to stand up or let this opportunity pass you by?  Please share this information with others.
Thank You
God Bless and Stay Safe
America’s Prophet