Portuguese Police are thought to be searching areas connected to the alleged German paedophile Christian Brueckner who many believe has been used a scapegoat since being named the main suspect in the case of Madeleine McCann.

The locations of interest are being heavily reported by UK news outlets who are intent on pinning the blame on Brueckner, but the area in question reveals a sinister sub-plot that was documented in the PJ Files over a decade ago.

Gerry McCann’s mobile phone pings were recorded in the area by the Portuguese police after triggering antennas back in 2007. 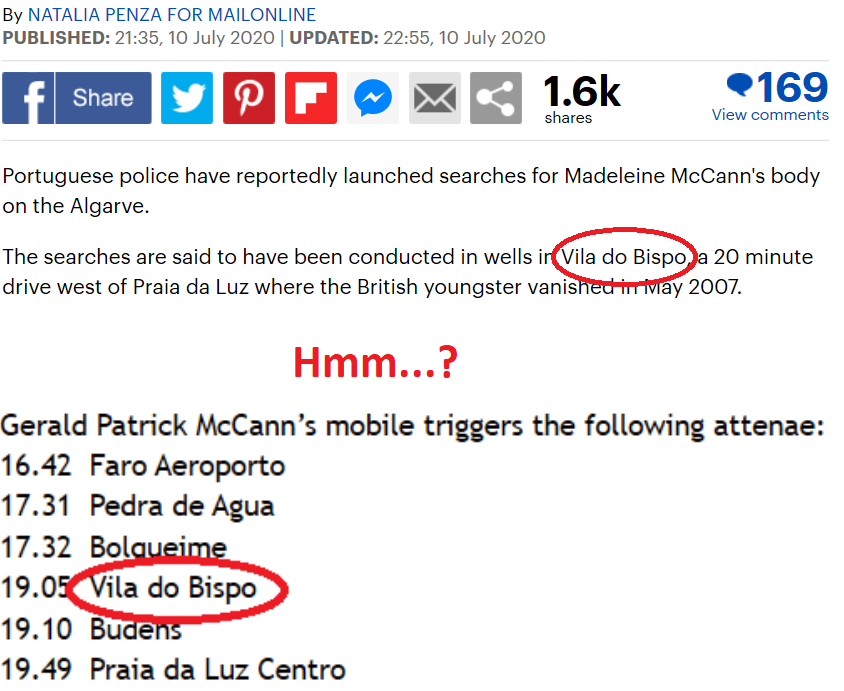 @The_Truth II, is a profile that is operated by a sharp researcher who picked up on the connection and posted it to Twitter where Enchanted LifePath noticed it as the page is always a great source for information and opinion. Lizzy HiDeHo also gets a mention for the research making new connections for so many years.

Information regarding the whole Portuguese police investigation into Madeleine McCann’s disappearance was published to the public.

The website where the files are held in the public domain states:

This information belongs to the Ministério Público in Portimão, Portugal. It was released to the public on 4 August 2008 in accordance with Portuguese Law

If you visit the PJ Files you can also see records of phone activity in relation to:

The records clearly show Gerry McCann had been in Vila do Bispo, which translates to City of the Bishops, in 2007.

Gerry had just returned from Washington DC (Pizzagate land) and drove past his remaining 2 kids to go to a remote part of the Algarve that is now being investigated by authorities. You can see a report from the Daily Mail that shows a well that is allegedly the center of attention. Three wells are thought to have been searched by police. The word Wells can also be attributed to witchcraft which is based on deception and trickery. Look into connections between the occult, Wells, and do I need to remind you about Holly Wells and Jessica Chapman?

As usual, the media have failed to report on the key point here and that is the information held on the PJ Files about Gerry McCann’s whereabouts and they line up with this exact area that is now being publicised. The news outlets have done a poor job in parroting each other, showing a lack of uniqueness in their work as reporters peddle the same story and narrative without anyone digging deeper. It must hurt them as professionals to be so shackled, but we know most of them are trained liars so we can’t expect any better from them as the world still searches for Maddie, in what is now its 13th year and probably into its £13th million in funding, I don’t need to point out the obvious with that number so on to the phone records. Remember, this begins after a visit to Pizzagateville, Washinton, USA.

We now see Gerry’s movements being tracked in Vila do Bispo. These images link through to the original source on the PJ Files.

Given the [above] records it would seem that Gerald McCann will not have gone directly to the village where he resided while he was in our country, having gone to Vila do Bispo, only then he returned to the referred village at, or before 19:49:38.

Gerry McCann went to Washington as well as Vila do Bispo where is being searched now by Portuguese police. Gerry’s phone was recorded by antennas in the area and also at Washington Aiport. Ghislaine Maxwell is the ‘In Your Face, Face Of Scotland Yards Suspect E-Fit Campain’, John and Tony Podesta look like two of the other men on the E–Fit’s whether it has been played down or not it looks like them. Gerry flew to Washington, and the Queen’s yacht was close to Praia De Luz when Maddie allegedly vanished.

All this information and the UK media blame some fake German patsy with a Scooby-Doo pedophile van that would never have been missed for 12 years by anyone…. 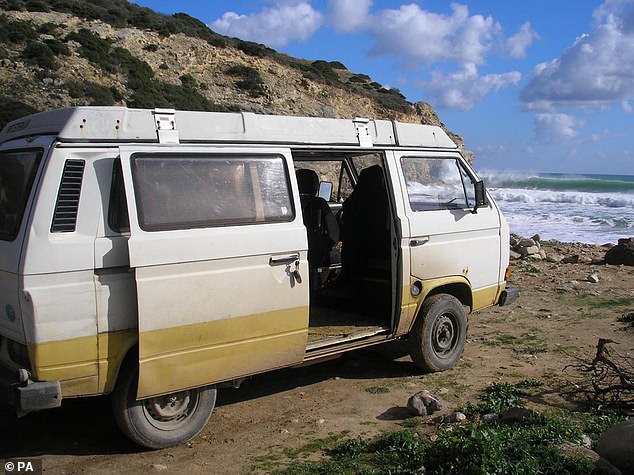 Gerry continued to visit Washington throughout 2007, attending conferences at the Whitehouse on how to prevent child abuse and trafficking. Stay at home save (kids) lives comes to mind…

Maybe Washington should have looked at its own dealings with such topics as we now know a lot more about how the world works than we did back in 2007.