Biden is not God’s will for the United States, but what can Americans expect by distancing themselves from God and the Bible?

Joe Biden was an easy choice for activists of abortion, feminism, Satanism, homosexuality and Marxism. 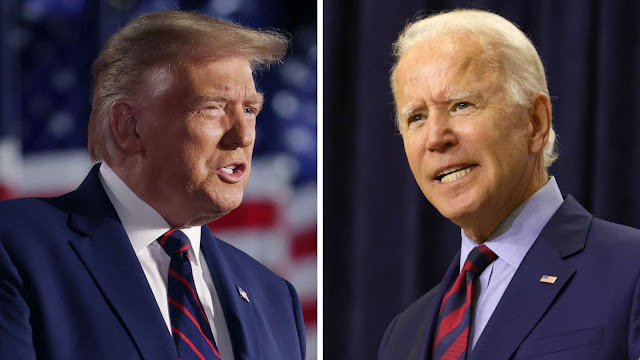 Donald Trump, while not an example of moral virtue, was the only choice for white evangelicals, who voted for him — some concerned about him using his administration to legalize homosexuality worldwide. Other evangelicals, very concerned about this, chose not to vote for him or for the far-leftist Biden.

If God could choose a man to lead the American nation, neither Trump, let alone Biden, would make the list.

Because the American people today are generally far from the Bible, no ideal man could be chosen.

With Biden, the U.S. receives, by its own choice, a great punishment and judgment from God. With Trump, perhaps a postponement.

Biden and Trump also reflect the state of Christianity in the U.S.

Biden is a far-leftist Catholic. But he is far from being a black sheep in Catholicism. The Catholic Church in the United States defends leftism. Most U.S. Catholic bishops are leftist militants.

To make matters worse, immigrants from Latin America are mostly Catholic. This immigrant population inflates the Catholic numbers of the United States, but it does little to help the conservatism necessary to sustain the bases of the American nation. Catholic Latin America is the cradle of Liberation Theology, and almost all Latin American Catholics bear the influence of that Marxist theology.

Trump was born in a Presbyterian home and spent most of his life with his name in the headlines of sex scandals in New York. Its Christianity was shallow and nominal. Although he is much more open to evangelicals than Biden, his openness is limited and a true conversion to Christ has not yet taken place. For example, he does not allow evangelicals to quote Bible verses against homosexuality within the White House.

What do Trump’s evangelical supporters do? They close their mouths because they know there is no other option. In turn, Trump could tell them that if they don’t like his pro-homosexuality stance, they can choose Biden — which, of course, they never will.

If the American people today were a people who loved the Bible, the White House would have a man who would easily condemn abortion, homosexuality and Saudi Arabia’s Islam, and would do anything to stop these evils. But the White House has no such man.

With the United States increasingly distant from God and the Bible, it is becoming increasingly impossible to hope that someday such a man will occupy the White House. Only by God’s mercy.

U.S. evangelicals who love God have done and are doing an incredible job of prayer and fasting for their nation. I just watched a video of Lance Wallnau explaining how God reached Trump and wants to use America. If God acts favorably, it will be out of love for those people who love him, not for a nation and its political leaders who blaspheme the name of God by ideology or by poor Christian testimony.

Trust in the Midst of Political Turmoil

Challenges for Conservative Brazil in the Face of a U.S. Government Under the Possible Presidency of Far-Leftist Biden

An Empire Launched by U.S. Socialists

How can evangelical leaders criticize homosexual activism in the Trump administration if they are involved in sex scandals?

Trump Supporters Do Not Know He Is Supporting the Gay Agenda

Trump Is the “Most Pro-Gay President in American History,” According to Republican Richard Grenell

Trump Is the Most Pro-Sodomy Republican President in the U.S. History

Trump’s White House is open to hear some parts of the Bible, but no biblical condemnation of sex of men with men