Global Virtual Dictatorship “Made in US”

Famously, the great American President Ronald Reagan called the Soviet Union “the Evil Empire.” He got it right: the Soviet Union was the biggest atheist dictatorship the world has ever seen. 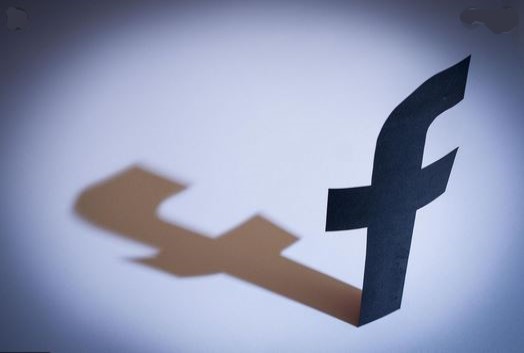 I’m sure that if China becomes the biggest buyer of U.S. weapons, the U.S, will stop calling China a communist dictatorship.

American capitalism, which in the past was guided by evangelical values, is now at the service of any good payer, whether communist or Muslim.

However, American capitalism without evangelical values did not create a dictatorship. It created indeed several dictatorships.

The whole world uses Facebook, a 100% American platform and 100% dictatorial. You are free to enter Facebook, but your freedom is only to enter. The moment you log on to Facebook, you lose freedom — if you are conservative. If you are a socialist, Facebook guarantees protection for all your freedoms to say any nonsense in praise of Karl Marx.

Yet, for conservatives, it is just the opposite.

If you say that Islam is terrorist, Facebook blocks you.

If you say that Islam is the system that most persecutes and kills Christians, Facebook blocks you.

If you say that homosexuality is a sin condemned by the Bible and Jewish tradition, Facebook blocks you.

I know this because I have been blocked several times for these reasons. Facebook imposed countless 30-day blocks on me for using free speech to tell obvious truths that Americans have always said.

Saudi Arabia does not need to worry because the United States is not interested in calling it a dictatorship. This could only happen if the Saudis stop spending billions and billions of dollars to buy American weapons.

Yet, China, with whom I totally disagree for persecuting Christians, has every morale to accuse the U.S. directly: “How do you accuse us of censorship and dictatorship when you have Soviet Facebook?”

Facebook’s virtual dictatorship system is compatible with the Soviet Union, China, Cuba and North Korea. Where is the courage of the U.S. government to end this dictatorship?

And to make matters worse, the United States has become the main engine of the global homosexual imperialism. I spent many years denouncing leftist Obama for his promotion of homosexual sin. Then I spent other years denouncing Trump’s campaign to legalize homosexuality worldwide.

To make the sin that destroyed Sodom great seems to be one of the main goals of the U.S. government, under socialists or right-wingers, who wish to impose a worldwide homosexual dictatorship.

Portuguese version of this article: Ditadura virtual mundial “made in U.S.”

An Empire Launched by U.S. Socialists

The Transcendent Power of Neoconservatism in the U.S. Media and among Left-Wingers and Right-Wingers

What Is Neoconservatism? Who are the Neocons?

Conservative Babylon in “Persecuted”: Hybrid Televangelist Framed by Pagan Neocon, and the Free Speech or Patriotic or Equality “Gospel” Replacing the Gospel of Jesus Christ

God Is Good to Israel: How Providence Hindered Franklin Roosevelt from Hindering the Birth of the Modern State of Israel

Mike Pompeo: Chinese Communism is “the Central Threat of Our Times”

Trump: “The United States cannot continue to be the policeman of the world”