Some of you may have never ever heard about the disease, some of you had. The alarming news is that an enormous number of people suffer from it. It is called Crohn’s disease.

Crohn’s disease (also known as ileitis or regional enteritis) defined as an inflammatory bowel disease (IBD), affects the body, causes inflammation in the digestive tract and is a chronic disease. Tits symptoms are said to vary from mild to severe. The disease may lead to (severe) diarrhea, abdominal pain, weight loss, and severe fatigue.

Other symptoms can develop, depending on complications related to the disease. For example, a person with a fistula (abnormal passageway between various organs or tissues) in the rectal area may have pain and leaking discharge around the rectum.

Severe inflammation and obstruction of various parts of the gastrointestinal tract due to swelling and scar formation can cause other problems like bowel perforation, abdominal distension (swelling), severe pain, and fever. This can be life-threatening. 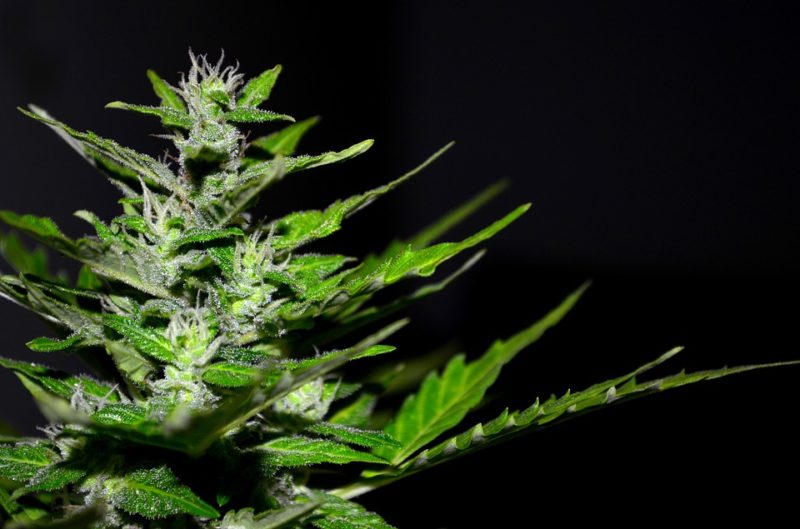 Crohn’s disease severely impacts the everyday lives of people who suffer from it. People very often go to the doctor’s office. It especially affects people who are extremely active, since that changes if they are diagnosed with Crohn’s. Working becomes also extremely difficult, especially if the Crohn’s is triggered during work hours.

The signs and symptoms of Crohn’s disease can range as mentioned previously from mild to severe. In some cases, the symptoms develop gradually, in others the symptoms suddenly appear. When Crohn’s is active, you may experience fatigue, fever, blood in the stool, sores on your mouth, loss of appetite and weight loss, and pain around the anus.

Researchers, scientists, and doctors have no way of treating or even curing Crohn’s disease. The reason is that an IBD affects people in different ways because it attacks different parts of the body. In order for a cure to work, it needs to work on everyone. So patients are taking all sorts of anti-inflammatory drugs to try and reduce the symptoms.

While Crohn’s disease can affect people of all ages, it is primarily an illness of the young. Most people are diagnosed before age 30, but the disease can occur in people in their 50’s, 60’s, 70’s, or even later in life.

The core cause of the Crohn’s disease is still unknown, but research shows that the immune system is what triggers the disease. It attacks good bacteria and food in the gut, which causes it to become inflamed.

Due to statistics, (as of August 2017) about three million adults in the United States suffer from IBD. There has still been no record of a cure for Crohn’s, until now! Scientists do believe that cannabis can treat Crohn’s disease although there has been a lot of speculation in regards to the medical use of cannabis. Its social use has overshadowed its medical use over the years. But with laws being passed that will eventually legalize it; it’s now starting to get recognition.

Just when we thought all hope was lost, researchers published a study in the journal Clinical Gastroenterology and Hepatology. The study illustrates the effects cannabis has on patients suffering from Crohn’s disease.

“There really isn’t data to tell us that it’s effective for Crohn’s disease,” says Mark Gerich, MD, assistant professor of gastroenterology and clinical director of the Crohn’s & Colitis Center at the University of Colorado in Aurora.

Though people who use it often report improvement in pain or easing of diarrhea, there’s no objective evidence that marijuana actually reduces the gut inflammation that’s at the core of the disease.

The study included 21 patients suffering from Crohn’s disease. 13 of them were men and 8 were women. The average age of the patients was 40. Each patient had previously tried treating their disease with anti-tumor agents, steroidal therapy, and immunomodulators. No one was successful with any of these treatments.

Researchers divided the patients into two groups. They began a 10-week study which included eight weeks of treatment and a follow-up two weeks later. One group was given rolled up cannabis containing 115mg of THC, and instructed to smoke it twice a day. The placebo group was given the same instructions, but their cannabis contained no THC.

The results of the study are astonishing. In the THC group, 5 of 11 patients saw complete remission. In the THC group, 10 of 11 patients saw their Crohn’s Disease Activity Index drop from 200 to 100. Each patient from the THC group reported that they were sleeping better and they regained their appetite. The main reason researchers believe cannabis may be the answer is because of the THC. Our bodies naturally produce THC, its called endocannabinoids. People suffering from Crohn’s have low levels of endocannabinoids. But cannabis seems to provide cannabinoids which help reduce inflammation which triggers any one of the Crohn’s disease symptoms.

Cannabis use of course comes with certain risks. For one, its reduction in symptoms may mask ongoing inflammation, making patients think their disease is in remission when it’s not, according to Dr. Ahmed’s paper published in November 2016 in the journal Gastroenterology & Hepatology.

A study published in March 2014 in the journal Inflammatory Bowel Diseases showed that cannabis use might actually increase the risk of surgery in people with Crohn’s.

We should be aware that marijuana use may involve a risk of dependence, psychosis and — with long-term use — neurocognitive impairment, says Dr. Ahmed. He therefore suggests that it should only be reserved for controlling pain or symptoms in patients who do not respond to other types of treatment.

“Experimental evidence suggests that endocannabanoids, molecules found in the body that closely resemble compounds found in the cannabis (marijuana) plant, may play a role in limiting intestinal inflammation. IBD patients have been found to have higher levels of cannabinoid receptors in their colonic tissue. Several small studies have shown that a significant proportion of patients with IBD report smoking marijuana to relieve IBD-related symptoms, particularly those patients with a history of abdominal surgery, chronic abdominal pain, and/or a low quality of life index. However, the medicinal use of marijuana is limited by potential side effects, the risk of smoking, and the lack of direct scientific evidence of clinical effectiveness for intestinal inflammation.

The CCFA does not endorse the smoking of marijuana by IBD patients, any current state-based medical marijuana programs, or the legalization of marijuana. The CCFA does support the calls by the various health organizations urging review of marijuana’s status as a federal Schedule I controlled substance, with the goal of facilitating the conduct of clinical research and the potential development of cannabanoid-based medications.”